Some back yards on the Tseshaht First Nation reserve resembled small lakes after a weekend of persistent rain, leading Ken Watts to paddle across this lot in a kayak. More heavy dourpour is expected on Wednesday. (Hugh Braker photos)

Last week, with a tropical storm on the way, bringing the potential for serious flooding, Tseshaht First Nation shifted into prevention mode, and it paid off, according to Emergency Operations Director Hugh Braker.

Braker said, after days of heavy rain, and with a full-blown “rain event” forecast for the weekend, the province advised all Alberni Valley emergency agencies to expect flooding at levels as high as in 2015, and possibly as high as 2016.

“We have to worry about that, because ambulances are not permitted to drive over flooded roads or driveways,” Braker said.

That means, when flooding on Highway 4 is a likely threat, Tseshaht must evacuate those with serious medical needs or disabilities well in advance, Braker said.

"The Emergency was declared at midnight Saturday,” he said. “We went proactive. We evacuated five homes – seventeen people – to the Howard Johnson [Hotel].” As it turned out, the evacuation wasn’t required. But it was close, Braker noted.

"The highway did not flood. It came within inches. There were [traffic] cones along the side of the highway because the shoulder flooded at the bottom of Watty's Hill, but [the water] never came onto the highway. So it stayed open.

“We dodged a bullet. But who can tell? If the river had risen another six inches, we would have had big problems.”

Braker noted that while flooding has always been a concern on Tseshaht territory, the problem has been compounded with changes to the Watty's Hill roadway and an increase in the number of homes situated at the base of Watty's Hill and along Hector Road.

"None of those homes were there before, and they're all susceptible to flooding, so we have to prepare for that. Even in 2014, we had people saying, 'We've always had flooding.' But that year, we had damage to two homes, totalling $60,000.”

This year, fortunately, no homes were damaged. But on the other hand, this weekend’s flooding further exacerbated erosion at several sites that were badly affected last year.

"We have a serious erosion problem developing along the river," Braker said. "Sproat Lake is still rising. Yesterday [Sunday] we had two docks, one canoe and heaps of trees pouring down the river."

The 'sweeper' that stops floating debris at the Sproat Lake outfall broke, which in turn caused damage to the weir, he explained. That allows logs and debris to overflow into the Sproat River, which in turn flows into the Somass. To date, Braker noted, any damage from floating debris has occurred on the Port Alberni side of the river. But it illustrates the potential for serious damage to infrastructure on both sides, he said.

The Level 3 Emergency ended at noon Monday. While all were able to breathe a sigh of relief, it didn’t last long, Braker said.

“This morning, we got an email from Emergency Management B.C., advising that a rainstorm is coming in today [Monday]. It’s different from Saturday. This will be a colder storm.

“Saturday was a 'hot' storm from Hawaii. We appear to be out of the cycle of Hawaii storms. The Pineapple Express is really bad for us. But now we’re heading into the cold weather pattern.”

The incoming storm, expected to peak on Wednesday, is forecasted to bring 40 to 60 millimetres of rain to the Alberni Valley – up to 150 for the 'windward' side of the mountains, chiefly around Sproat and Great Central Lakes.

"The River Forecast Centre says the river will go up to at least 2015 or 2016 levels. So, we are essentially on hold for now. We've suspended sandbagging; we've allowed the evacuated people to go home.

"We've gone from Level 3 Emergency, which is the highest level, back down to Level 1. However, if the river does start climbing again, as bad as they say it could, we will take those people who are old, or who have health problems, back out of their homes.”

Braker said Tseshaht takes pride in the fact that their emergency response program has been held up as a model for communities across the province.

"Tseshaht's approach to emergency response is very different from other agencies. The Province of B.C., the Alberni-Clayoquot Regional District – they dump loads of sand at the Sproat Lake firehall, they dump loads of sandbags and tell people online, 'Come and get some sand if you need it.’ You have to go fill up your own sandbags, take them to your house that's flooding, and try to fix them around your house.

"We don't do that. We order the sand; we fill the sandbags; we bring them to people's houses; we put it around. We evacuate people; the regional district does not. We go in and get people and bring them to the hotel. We have elders, we have people with medical problems – they have to get out. I don't care if it's going to be a 'small' flood. I'm not going to second-guess the River Forecast Centre. I'm going to take whatever steps are necessary and make sure they're safe.

"The Regional District won't do that. So I think, for aboriginal people, our approach is quite different from the provincial Emergency Preparedness Program.” 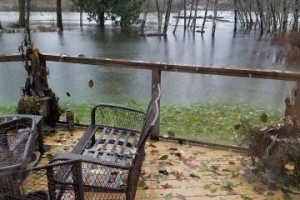 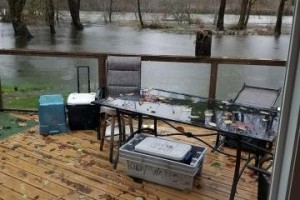 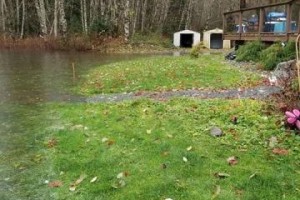 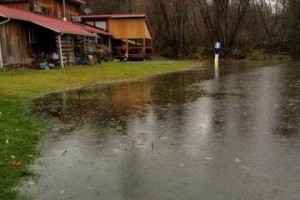