Lunch was served to over 250 people at the Harbour Quay on June 18. (Deborah Potter photos)

The Harbour Quay was bustling on a warm Tuesday in Port Alberni, with hundreds of people gathered around, Nuu-chah-nulth and non-Nuu-chah-nulth alike.

The seventh annual Picnic in the Park, hosted by the Teechuktl Mental Health office, was a massive success, and one of their busiest one yet. In comparison to last year’s Picnic in the Park, where numbers were maxed out at about 150, the turnout this year increased by more than 100, with over 250 people by the time lunch was served.

NTC’s mental health office annually holds their Feed the People event, where they cook up massive amounts of burgers and hot dogs, along with chips, water, and fruit and cookies as chumus.

While the picnic was intended to feed the people, it was also in memorial and a nod of respect towards late Ray Seitcher, who was a prominent figure in the Nuu-chah-nulth community, and to NTC’s mental health department. Ray was a major advocate for healthy and happy Nuu-chah-nulth people.

“This event is inspired by him,” says Stan Matthew, Quu’asa’s CHS Training Coordinator, speaking on behalf of Irene Robinson, who organized the Picnic in the Park.

There was plenty of feasting and singing, as well as many door prizes. The prizes were donated by different NTC departments, as well as offices and stores in the community.

By the end of the picnic, guests and staff left with smiles and a full stomach, looking forward to next year’s picnic. 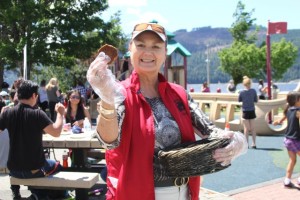 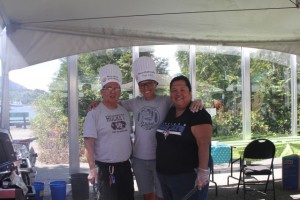 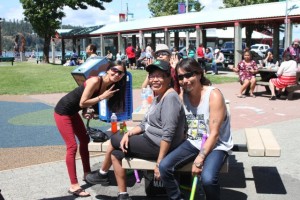 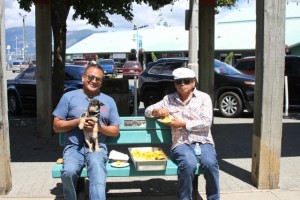 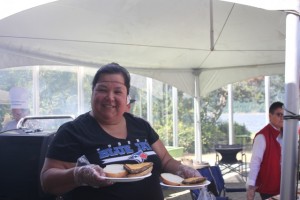