Tuesday night at the Bill Reid Gallery in downtown Vancouver marked a special occasion for many of B.C.’s First Nations, including a few specific Nuu-Chah-Nulth communities.

In July 2018, the Government of Canada restructured the Department of Indian and Northern Affairs creating two separate bodies, with the goal of more collaboration between the new departments and the First Nations citizens they work with. And to follow suit, on Aug. 27 they launched the new Collaborative Self-Government Fiscal Policy for Self-Governing Indigenous Governments, which has been in the works since 2016.

“Huu-ay-aht is proud to have worked with Canada and its fellow Indigenous governments on an updated fiscal policy. We have engaged in meaningful work, necessary to guide the fiscal relationship between self-governing Indigenous governments and the federal Crown from this point onwards,” said John Jack, elected councillor of Huu-ay-aht First Nations and Director and Chair for Alberni-Clayoquot Regional District.

“This process and the policy itself demonstrate the commitment of the government to active and continued reconciliation with Indigenous peoples in Canada,” he continued. “Huu-ay-aht looks forward to walking the path of reconciliation and the strengthening of Confederation by further implementing this policy to its fullest."

The evening was carried out like a celebration including ceremony, prayers, drumming and dancing at both the beginning of the night and in closing it. Even a young spoken word artist was invited to share his profound insight using his gift for fast speaking and rhyming.

Jack was one of a few speakers at the event who represented one of the twenty communities who are now signatories to this new fiscal policy. Five of the self-governing Indigenous Nations in B.C. are left.

Each person who spoke was given five minutes to share a few thoughts, though not everyone nailed it within their time limit as Jack did.

Jack spoke of his gratitude for this new way of working with the government around finances, and his hopes that it will help his community, as well as other First Nations communities like his, become stronger self-governing nations.

Huu-ay-aht is one of the five Maa-nulth First Nations communities—all of which are in stage six of the Treaty process; The implementation of the Treaty Period. And four of which have now signed the renewed fiscal transfer agreements. Yuułuʔiłʔatḥ is still holding out.

“These are the things that will provide for my nation the ability to help, not only catch up and keep up, but do the things we need to do, in the ways we want to do them, according to our own governance,” Jack said.

He added that many of the Huu-ay-aht council members and community leaders have worked hard to bring this day to existence, and he is particularly inspired by the memory of one past leader, also a B.C. treaty commissioner, who burned the Indian Act the day the community’s treaty negotiations went into effect.

“After burning the Indian Act on the effective date of the treaty, he said he ‘felt like he was more Canadian today than he was at any point in the past’,” said Jack.

Not everyone was as praising of the new agreement. While Nisga’a Lisims Nation Prseident Eva Clayton said she was happy that the agreement was being made, it wasn’t the end by any means, but only “a good start,” and a “step in the right direction”.

Minister of Crown-Indigenous Relations, Carolyn Bennett, was also there to share what the negotiations and the agreement has meant from her corner.

“Reconciliation and a true nation-to-nation relationship requires Indigenous governments have the tools and resources they need to govern themselves and implement their vision for their communities,” she said. “The Collaborative Fiscal Policy framework is an example of what we can accomplish when we work together in true partnership with Indigenous people.”

“Tonight is a celebration of a way forward,” added the federal minister. “I think we’ve heard pretty clearly that the adversarial approach is gone… It’s history. I don’t think it’s going to be possible for Canada to go back to that,” she said.

She reflected on how it has been in the past, with people being somewhat “grumpy,” she said, during negotiations around finances and funding, but understandably so, because of being bound by the Indian Act, while not having the funding to adequately run their own Indigenous governments, and care for the needs of the people.

“It is about us starting with a clean slate and developing an approach that is actually based on data, evidence, costs and what you have done to explain what it actually takes to implement self government,” she said. 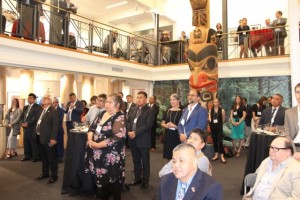 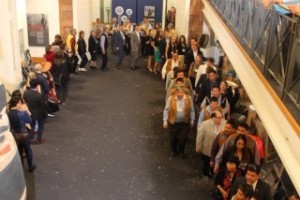 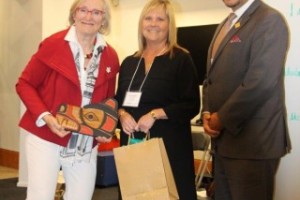