In the quintessential convergence of Nuu-chah-nulth people, hundreds funnelled into Maht Mahs over the weekend for a cultural event held according to directions given by a Hesquiaht leader in his final days.

On Nov. 9 and 10 a potlatch took place on Tseshaht territory in Port Alberni in memory of the late Dr. Simon Lucas. Lucas’ son Linus recalls instructions from his father two years ago.

“While he was getting ready to take his trip home, he told us two years from the day he passed we should do a memorial for him – but he instructed us, ‘Continue singing from this day’,” said Linus. “Since he passed we haven’t stopped singing.”

The family kept singing, sometime several times a week, honing a collection of songs that would lead off each of the potlatch’s two days. As they expected events to run late into the night, the Lucas family followed a tradition their father instilled in them by bathing in an outdoor body of water at daybreak.

“When we were preparing for a potlatch he always got us out to do that first thing in the morning,” said Linus, adding that the practice is done “to say thank you to our creator, to allow our creator to give is a good day. One of things we found when we first did it is it kept us energized throughout the whole day.”

Participants came to Port Alberni from across Vancouver Island, the Lower Mainland, Terrace and Seattle, ranging in age from newborns to 98-year-old Hilda Hansen, who travelled from Kyuquot. The Lucas family received vast donations of food, including salmon, deer, 1,000 pounds of halibut and 1,000 pounds of elk.

“My dad taught us to be generous with all other people, and because of that, because of our sharing, people have been giving us, just kept giving us food,” said Linus.

Next to the performance floor sat a framed picture of Dr. Lucas, with the quote “Don’t ever forget that every day you learn something” next to his image. When he passed Sept. 16, 2017 at the age 77, Lucas left a history of advocacy for Nuu-chah-nulth culture and Aboriginal rights. After the potlatch ban was lifted he contributed to the resurgence of Nuu-chah-nulth culture in the late 1960s.

Lucas was also instrumental politically in the advancement of First Nations rights. He joined the West Coast Allied Tribes 1958 when he was still a teenager, and helped launch the West Coast District Council of Indian Chiefs in 1973, which later became the Nuu-chah-nulth Tribal Council.

It was the early formation of this organization that pushed for the closure of the Alberni Indian Residential School that stood for generations on the Tseshaht reserve. Maht Mahs is one of the buildings that remains from AIRS, although what was originally intended as a gymnasium for the assimilationist institution has for years served as a central destination for Nuu-chah-nulth events. The Simon Lucas potlatch illustrated this, as participants filled the facility wall to wall, the gym vibrating with human activity.

“One of the things he asked us to do is tell nations we want to see what your children can do, because he was really proud of what his grandchildren were able to do,” recalled Linus. “It was more about identity for his grandchildren and great-grandchildren; to allow them to be able to express and tell people who they are and where they’re from. It’s our hopes that nations will be able to see that and instill the same practices.”

Such an influx of people to Port Alberni generated concern over finding accommodation. But in the week proceeding the potlatch rooms opened up when a large hockey tournament was cancelled due to an ammonia leak at the local arena due to a crack in the refrigeration system.

“He wanted them here, and that’s why they’re here,” Linus smiled. 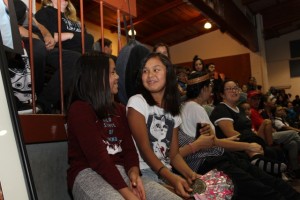 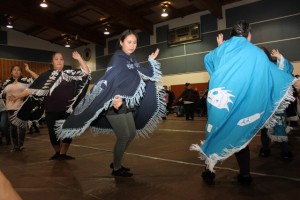 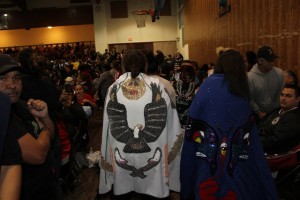 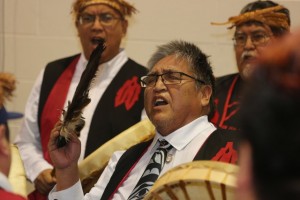 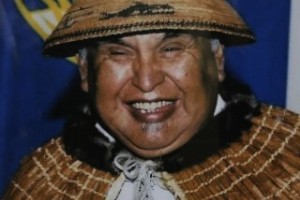 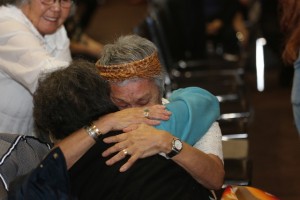