A Nuu-chah-nulth-led draft plan to address the opioid crisis in the Alberni Valley emphasizes the need for inclusivity, as well as the voices and input from the community’s most marginalized people.

The draft plan of Surviving the Flood comes from a two-day meeting in February, organized by the Tseshaht First Nation’s Crisis Wellness Coordinator Gail P. Gus, that brought together a variety of resource people and concerned Alberni Valley citizens who discussed how to address the community’s opioid crisis.

On March 13, the draft plan was presented to community members, many of them who attended the February meetings and provided their input. The strategic plan was developed to weave together strands of services, supports, cultural practices and perspective to collectively offer meaningful, sustainable and interconnected approaches to community health and well being.

Facilitator John Rampanen said the plan comes from a Nuu-chah-nulth worldview and borrows insights and wisdom from ancestors.

A key underlying theme to the strategic plan reintroduces the notion that a deep-seeded intelligence and knowledge base exists among Nuu-chah-nulth people. It recognizes that there is a need for deeper levels of conversation between neighbouring cultures in order to effectively strategize a response to the community-wide opioid crisis.

“This plan is really trying to find a way to integrate our services, to create a web of support that includes Nuu-chah-nulth people, that includes marginalized people and the culture that is involved in those circles, so that we’re all approaching this in many different ways,” Rampanen said. “We know more and more that it’s absolutely imperative to have the voice of the marginalized, the voice of those at the core who are living that experience on a day-to-day basis. When we exclude those voices and that presence we’re doing a disservice to ourselves by only looking at a fraction of the issue and so this draft plan is really about inclusivity.”

To begin eroding the stigma around the opioid crisis, the plan suggests “providing a space for voice” of marginalized people in decision-making and community response circles and providing a safe and supportive environment.

Two priorities are highlighted in the draft plan to effectively address the opioid crisis. One is enhancing integrated services and communications between service providers and families; the other is inclusion of Nuu-chah-nulth knowledge, practices and spaces for healing.

The plan states that traditionally Nuu-chah-nulth families were better equipped to address issues immediately or independently. It says in traditional Nuu-chah-nulth society families were represented equally with a figurehead from each acting as a representative at decision-making events. In this way, every family had a role in the delivery of services as well as monitoring and acting upon situations that occurred.

Today, this level of self-sufficiency no longer exists to the same capacity, states the draft plan. Families that are impacted directly or indirectly by the opioid crisis “deserve a role in the decision-making and delivery of services and support. Ultimately, enhancing the role of families can offer a more comprehensive and sustainable web of support.”

“When we’re talking about community-wide strategies, it’s important for us to not only take into consideration that there’s many different demographics and cultures that are represented in our community, but there’s also history and that history needs to be explored a little deeper sometimes,” Rampanen said. “From an Indigenous perspective there’s a lot of inter-generational trauma components that are attached to that history that haven’t been validated by others, that haven’t been recognized by others, so it gets left isolated in the Indigenous community to harbour those feelings. This huge overflow of trauma that is continuously triggering even today causes an underlying issue here in the community that makes us more susceptible to some of these things like the opioid crisis.”

Last month, the BC Coroners Service reported there were 981 suspected illicit drug toxicity deaths in B.C. in 2019. This represents an average of 2.7 deaths per day. Though the illicit drug toxicity deaths in 2019 show a 36 per cent decrease from similar deaths in 2018, the number is virtually identical to the number of those who died in 2016, the year the provincial health emergency was declared.

The report states that a continuing trend is that middle-aged men are over-represented with more than three quarters of the suspected overdose deaths involving males and 71 per cent involving people aged 30 to 59. It also says Aboriginal British Columbians continue to be over-represented.

Rampanen said the issue isn’t the individual who is suffering from addiction or experiencing crisis situations, but rather the larger spectrum of who is bringing in opioids to the community and why they continue to circle.

“[Nuu-chah-nulth people] have gone through a number of waves of crisis and part of that has really diminished some of the cultural and spiritual aspects of who we are as people compared to who we were ancestrally,” Rampanen said. “But it’s also developed a new cultural resilience and perseverance. It’s developed a community-wide culture of lived experience through crisis and our community gathers together in a very unique and distinct way when there’s crisis that’s happening in a First Nations community.”

Rampanen said the draft plan aims to bring those levels of community connectedness to the entire Alberni Valley in a way that can be more inclusive to other people. It also suggests enhancing the current health service and delivery model to accommodate the re-emergence of traditional healing and medical care, while supporting the redevelopment of Indigenous service delivery.

“Colonialism has increasingly removed ancestral knowledge and practice from the Indigenous community,” states the draft plan. “The resurgence of traditionally-oriented medical teachings and practices are gradually returning.”

“I think part of the underlying pitch or recommendation that also exists in this draft plan is that we need to demonstrate a willingness for change. If we can demonstrate a willingness for change and be more accommodating of being inclusive of the voice of marginalized peoples we’re going to see a huge change in the approaches that are taken here in the Alberni Valley,” Rampanen said.  “We can’t accomplish huge things in just one year, two years…it’s going to take us in some cases 10, 20, 50 years. It’s important for us to look at the long-term solutions also in addition to these short term solutions.” 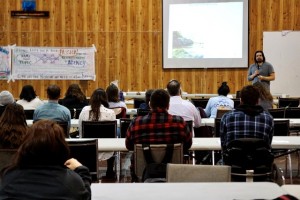