Grace and Eddie Frank pose for a portrait in front of Ty-Histanis. They are monitoring the incoming traffic to make sure that only local residents are allowed in, on Saturday, March 21, 2020. (Melissa Renwick photos)

When Lewis George arrived to work at the House of Himwitsa Native Art Gallery on Tuesday, March 17, he felt unsettled. The storeowner said that an employee who wasn’t feeling well had showed up to work. He closed the business down that day amid fear of spreading the coronavirus, COVID-19.

“We're just hoping and praying that this is going to pass and that people take this seriously,” says George. “That’s what we’re trying to do.”

While the closure of his business is “devastating” because it means he no longer has any income, he recognizes that it’s a necessary step to flatten the curve.

In order to do that “people have to stay put,” he says.

As of Tuesday, the number of confirmed cases of COVID-19 had risen to 617 in B.C., according to the BC Centre for Disease Control. In response, Adrian Dix, Minister of Health, and Dr. Bonnie Henry, B.C.'s provincial health officer, are urging the public to “stay home as much as possible.”

On March 18, the District of Tofino, Tourism Tofino, and the Tofino-Long Beach Chamber of Commerce released a joint statement asking tourists to postpone any trips to Tofino and for those already in town to make their way home. With extremely limited health care resources in Tofino, the statement says that they need everyone’s help to flatten the curve, “including the thousands of visitors who love and cherish this area.”

Jared Beaton is the general manager of the Best Western Tin Wis and says that the hotel formalized their decision to close on March 19, with their last guest checking out on Monday.

“The decision was based on the community support and making sure that we are doing the responsible thing,” he says.

His staff took the news of layoffs well, he says, as workers had become increasingly worried that they would bring the virus home to their families and elders.

While the closure will be financially devastating for the hotel that just came out of a major renovation project, participating to stop the spread of the virus is of higher priority, Beaton says.

On March 18, Courtenay-Alberni MP Gord Johns released a statement saying he doesn’t think enough is being done to help businesses get through this pandemic.

George says that the Nuh-chah-nulth have a saying – “His-shuk-nish-tsa-waak,” he says. “We all walk as one.”

“We should all be in the same canoe,” he adds. “Paddling in the same direction to make this thing go away.” 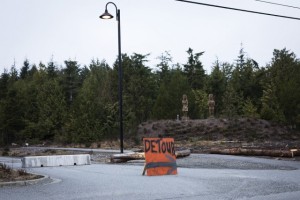 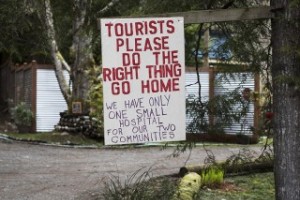 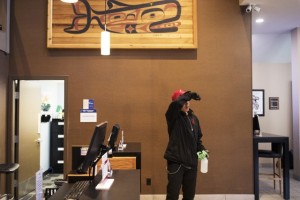 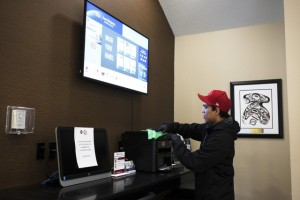