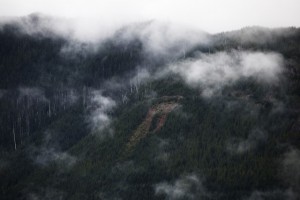 Mount Paxton became a poster child of B.C.'s bag logging practices after it was scrapped bare from top-to-bottom in the '80s, near Kyuquot, on August 14, 2020.