Since COVID-19 was declared a pandemic half a year ago, British Columbia’s other public health emergency has escalated, causing health officials to grasp at approaches to curb the crisis.

After a year of declining deaths due to suspected fatal overdoses, B.C.’s fatalities have gone up since March, reaching three consecutive months of more than 170 beginning in May. The recent tally of 175 fatalities in July represented the worst month ever since the provincial opioid crisis was declared in 2016, a total that surpasses deaths from homicide, motor vehicle accidents, suicide and COVID-19 combined. In August another 147 deaths due to suspected drug toxicity were reported by the BC Coroners Service.

First Nations have been affected by this trend at a rate five times greater than the rest of B.C.’s population, and the First Nations Health Authority reported that illicit drug deaths nearly doubled among the province’s Indigenous people from January to May 2020, compared to the same period last year.

Officials have pointed to the closure of the US border and the disruption of the pre-existing supply chain of illicit drugs as a factor in the increasingly toxic offerings on the street.

"Social isolation, disconnection from community and in-person supports, financial pressures, growing mental health challenges, and a drug supply that is becoming more and more toxic, have all contributed to an increase in substance use and increased risk,” said Judy Darcy, minister of Mental Health and Addictions, in a statement issued in August.

The province has emphasized access to a safer supply of prescription drugs as alternatives, while investing an additional $10.5 million to support supervised overdose prevention sites. But against the urging of its own provincial health officer and chief coroner, the B.C. government has also rejected calls to decriminalize the possession of illicit drugs – a stance that some believe isn’t helping people to come to safe injection sites while using.

“One of the big challenges is the shame and stigma around substance use and people unwilling to access those sites for fear of being shamed,” said Chief Coroner Lisa Lapointe during an Aug. 25 press conference.

Port Alberni’s overdose prevention site, which often saw over 100 visits a day, experienced saw a decline in traffic during the early months of the pandemic. But this doesn’t mean that fewer people in the community were using, said Wes Hewitt, executive director of the Port Alberni Shelter Society, which runs the site.

“Our marginalised community I think has had an influx of money,” he said, referencing the federal wage supplements introduced this year. “There were individuals staying in motels who would not normally have stayed there.”

Besides protecting a person from a fatal overdose, the site also serves as a venue to introduce paths to recovery. Fewer visits this spring meant less referrals to treatment, said Hewitt.

“Just the fact that people went away from the site for a while is worrisome,” he said.

Traffic at the Port Alberni site has since returned to its pre-pandemic volume, and efforts have been made to prescribe less harmful drugs to clients, such as hydromorphone.

But Hewitt cautions that the shortage of medical professionals who can give such prescriptions remains a challenge. And it’s not easy to find the right alternative for users, he noted.

“What may work for one individual, does not necessarily work for the next one. It is such a hard thing for the medical profession to work in,” said Hewitt of prescribing less harmful medication. “We’ve got a few doctors that are. We’d love to have more, but do we take them away from the rest of society?”

This year’s rise in suspected overdose deaths has pointed to a complex societal phenomenon that has fueled a surge in emergency calls, while many have held their attention to the daily tallies of COVID-19 infection. The opioid crisis has affected all walks of life, stressed Hewitt.

“There are a lot of professionals, whether it’s doctors, lawyers, ambulance attendants, nurses, school teachers, that have substance problems that we as society don’t hear that much about,” he said.

Now the shelter society is looking beyond one or two-month treatment programs to support those struggling with substance addiction. Plans for a therapeutic recovery community south of Port Alberni are in development, where residents would live and work on a farm for two and half years to undergo a longer-term transition from addiction than what is normally offered in Canada.

The project is based on an amalgamation of models from Europe and the United States – particularly Italy’s San Patrignano, which has housed over 25,000 people since 1978. On 650 acres near the Adriatic Sea, residents remain in the community for three to four years to progress themselves out of addiction. Each new resident is paired with a mentor, who lives and works alongside them for at least a year, engaged in one of the community’s many ventures, which include producing olive oil, wine, cheese or carpentry projects. These social enterprises support as much as 60 per cent of the community’s costs, the rest being covered by private and corporate donations. San Patrignano is sustained without government funding.

“The program is built upon the three main pillars of hard work, brutal feedback, and intensive community life that effectively changes the underlying behaviours that led to the challenges in their lives,” wrote John Douglas, the Port Alberni Shelter Society’s special projects coordinator, in a report on therapeutic recovery communities.

A study by the University of Bologna found that 72 per cent of those who completed the program at San Patrignano remained free of their addictions five years later – a success rate that far exceeds what front-line workers are seeing in British Columbia, said Douglas.

“What we want to talk about is the fragmented recovery approach, which is just totally pathetic. It doesn’t work at all,” he said. “We’re doing all these little band aids, but we’re not really providing a way for people to get out of their life of addiction.”

To address the most pressing need, Port Alberni’s therapeutic recovery community would open for approximately 10 women, as such a facility does not exist in Canada. Two staff members would be present, who could eventually be replaced by mentors. The operation would use land by the existing Shelter Farm south of town.

“Both programs would fit well together,” said Douglas.

The shelter society expects that $2.5 million is needed to start the therapeutic recovery community, and is currently seeking funding from private donors, foundations and the provincial government. 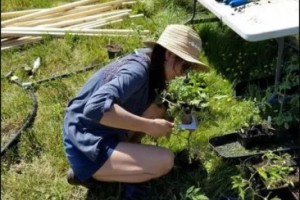 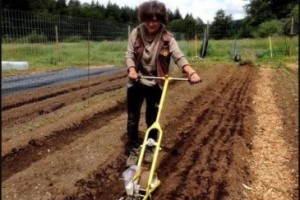 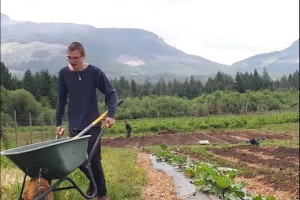