Story and photos by Denise Titian

On June 8, Joe Martin of Tla-o-qui-aht gave a step-by-step demonstration on how to make tlup-chus (traditional barbecue salmon).

Step one, he said, is to start with a fresh salmon like the one he caught that morning. Your knife must be sharp.

Martin removed the head and tail of the cleaned salmon. He made a shallow slice along the side of the spine before flipping the salmon over and working on the spine from inside the belly.

He carefully sliced along the spine from the inside, first doing one side of the spine and then the other. From there the spine and ribs easily lifted out with very little flesh left on the bones. Martin then cleaned up the butterflied salmon first removing any remaining ribs and some fins.

The entire salmon preparation took Martin only a few minutes to accomplish.

He turned his attention to the materials needed to barbecue a salmon. He used a sturdy salmon berry stalk for the main post. It had been split in half a little more than half its length, and was cut to a point on the other end so that it could easily be stuck in the sand next to the fire.

Finally, he used twine to tie both the top and bottom of the main stick for added security then set the salmon next to the fire where, in just a few minutes, it would cook and provide a delicious meal for everyone there. 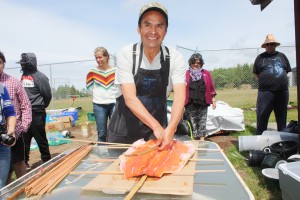 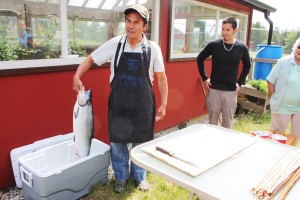 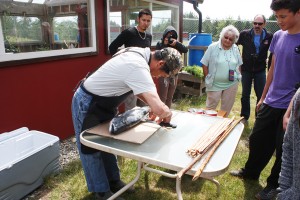 The knife must be sharp to... 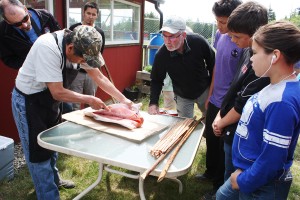 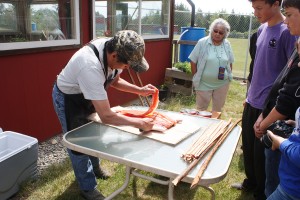 And the spine is removed 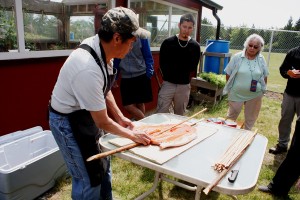 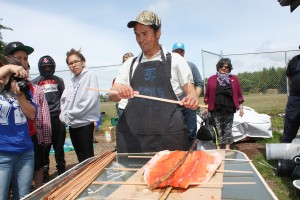 Preparing to place the red... 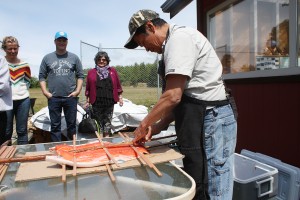 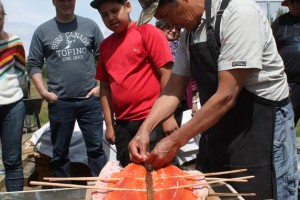 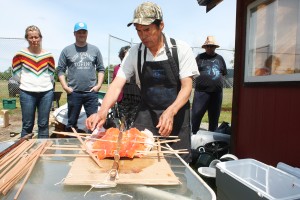 Weaving some outside cedar... 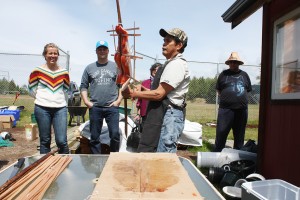 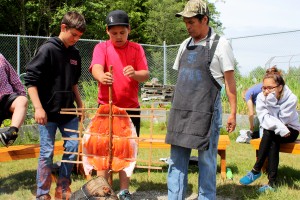 Joe teaches the kids how to... 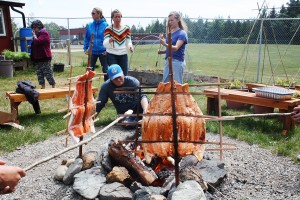 Cooked beside the fire 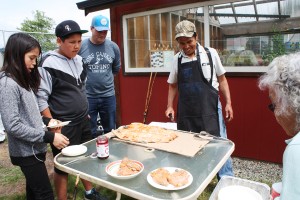 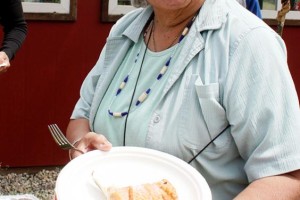