A pair of Nuu-chah-nulth teenage hockey players will be heading to Nova Scotia this May to vie for national championships.

Maryna Macdonald, a member of the Ditidaht First Nation, and Cody Savey, who is from the Mowachaht/Muchalaht First Nation, will be suiting up for the British Columbia entries at the National Aboriginal Hockey Championships (NAHC).

Nova Scotia’s Membertou First Nation is hosting the national tournament, which begins May 6 and continues until May 12.

A total of 20 clubs, 10 female and 10 male, will be competing at the event. They’ll be representing provinces as well as territorial and regional parts of the country.

Participating in the NAHC, however, will not be a new experience for Macdonald or Savey.

For Macdonald, an 18-year-old who plays defence, this will mark the fourth consecutive year that she has been on the B.C. girls’ squad.

As for Savey, a 16-year-old forward, he’ll be making his second appearance at the NAHC, having also competed at the 2017 tournament staged in B.C.’s Cowichan Valley.

Both Macdonald and Savey captured some hardware a year ago at the NAHC as both B.C. teams ended up winning bronze medals in their divisions.

Macdonald will be one of seven returnees on the B.C. girls’ roster.

“It will be a good group as most of us have been together for three years,” Macdonald said of the veterans on the squad.

Macdonald is also keen to play alongside the newcomers.

“They’re a young group but very good,” she said. “They will be good additions.”

For Macdonald, this will be her final year at the NAHC. That’s because she will be heading to an Ivy League school, Boston’s Harvard University, to continue her academic and athletic careers for the 2018-19 school year. Though Ivy League schools are not allowed to offer athletic scholarships to their students, Macdonald will have all of her expenses at the Massachusetts school covered through a financial aid package.

Despite being in her final year of high school studies, Macdonald has already spent a year living away from her Port Alberni home. She moved about two and a half hours away in order to spend her Grade 12 year at Shawinigan Lake School, a private co-ed boarding school.

While at Shawinigan Lake she also honed her hockey skills by suiting up for its Female Prep team, which competed in the Canadian Sport School Hockey League. Macdonald was the highest scoring blueliner on the team, earning nine points (four goals and five assists) in 18 contests.

The Shawinigan Lake squad had its share of struggles though, posting a 4-16-1 record and finishing in seventh place in its eight-team league. The club failed to qualify for its league playoffs.

“It was the team’s first year in the Prep division so it was a learning season,” Macdonald said.

As for Savey, he spent the 2017-18 season in Campbell River. He was a member of the Campbell River Storm, which ended up winning its Vancouver Island Junior Hockey League championship. Savey, who spent an almost equal amount of time alternating playing left wing and right wing, had a solid post-season, earning five points, including three goals, in 13 matches. He had also collected five points (two goals and three assists) in 24 regular season contests.

Savey had originally hoped to play this past season in the higher calibre Western Hockey League with the Seattle Thunderbirds. He was the club’s final cut following its training camp last September. Savey is not only hoping to make the Seattle team next season but also keen to capture some more NAHC hardware next month.

“I think we should be able to do it,” he said, adding as a returnee he’s hoping to provide some leadership for the B.C. entry.

Savey admits he does not know many of his NAHC teammates. But he doesn’t think that should be a problem.

“I think we’re going to have a couple of practices in Vancouver before we fly out,” he said. “So we should be okay after that.”

Other participating teams at the national tournament, in both the female and male divisions, include  Alberta, Saskatchewan, Manitoba, Ontario North, Ontario South, Quebec-based Eastern Door and the North, as well as New Brunswick. There will also be Team Atlantic and Team North entrants. The Atlantic clubs will feature players from Nova Scotia, Prince Edward Island and Newfoundland. Team North will be comprised of athletes from the country’s three territories. 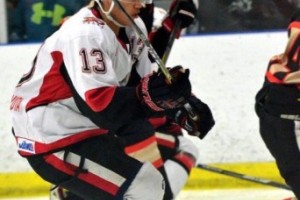 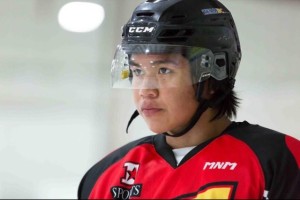 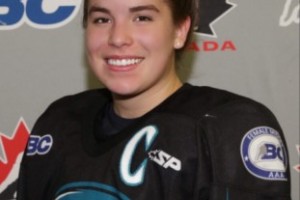