Estimated to be up to 1,000 years old, a red cedar detined to become a totem pole is taking shape at Port Alberni's waterfront. (Denise Titian photos)

After being trucked to a Port Alberni Port Authority waterfront lot on March 13, a giant red cedar log is undergoing a transformation over the next few months into a magnificent totem pole, or c'iinulth (sounds like chin-ulth).

The project came to be as part of the UN 2019 International Year of Indigenous Languages. The First Nations Education Foundation received a grant for the commemoration project and commissioned Hesquiaht master carver and elder Tim Paul to design and create the c'iinulth, which will eventually be raised at its final resting place on the grounds of the University of Victoria.

But the cedar log itself has a remarkable history that began close to 1,000 years ago.

The little red cedar seed sprouted about 25 kilometres away from the Huu-ay-aht home of Anacla, just off of what is now the Bamfield Mainline which runs east of Bamfield and Anacla.

According to Cultural Wellness Program Administrator Edward R. Johnson, the tree was right next to the logging road near an area known locally as Blenheim.

The tree thrived in the area for about 800 years, allowing it to tower more than 70 feet high. It had a massive trunk at least eight feet across. But it wasn’t a logger’s saw that brought the giant down.

About 75 to 100 years ago one of the Nuu-chah-nulth-aht’s legendary ten relatives – Wind showed its power, toppling the giant red cedar. And there it lay on the forest floor, undisturbed..

“When Tim Paul asked Huu-ay-aht’s Tyee Ha’wilth ƛiišin (Derek Peters) for a log to donate to the project, the Tyee tasked his people with finding a suitable specimen,” said Wis^qii. “Other logs were checked but none measured up.”

Both George Nookemus and Edward Johnson had the giant red cedar in the backs of their minds.

“George had his eye on it for a while, but he’s glad that it is going to be used for something like this,” said Johnson.

In January 2019 Tim Paul joined a crew of workers who test cut the log. It was deemed solid and was selected to be the one that would become the Language Revitalization Pole.

“ƛiišin wanted us to make sure that this log is taken care of,” said Wis^qii.

He went on to say that it is important that the spirit of the tree be respected.

“When a carver looks at a tree or log he can see inside what it can be even before shaping it out,” said Wis^qii.

This is why it is important to do ceremonies to respect the spirit. When the pole is finished there will be a ceremony to unveil the face of the c'iinulth, to wake the spirit up.

Before the log was removed from its soft forest bed, ceremonies and chants were performed.

“We let our ancestors know that it might be used as a totem pole,” said Wis^qii.

He said Tim Paul was there too, speaking to the ancestors in his language, letting them know that he would be taking the cedar on a journey.

Great care was taken in lifting the giant, which is estimated to weight about 30,000 kilograms (66,000 pounds). First, a small tree that had been growing from the log was removed and then the log was carefully hoisted off of the ground using two pieces of heavy equipment courtesy of Western Forest Products.

From there it was lowered onto the deck of a truck large enough to carry a log of that size and weight.

“It took a good 12 hours haul it out and trailer it to Port Alberni,” said Johnson, adding that great care had to be taken not to crack or otherwise damage the log.

According to the University of Victoria, the pole will be a campus centerpiece that represents a significant point of reflection for UVic’s ongoing commitment to the work of decolonizing and Indigenizing the university.

Tim Paul plans to depict the story of ten important relatives of the Nuu-chah-nulth-aht in the pole.

They are: sky, sun, moon, mountains, rivers, lakes, land, sea, wind, and stars. An eleventh relative, earthquake, which is sent to teach humility and remind human beings of the all-encompassing power of the Creator, will also be featured on the pole.

The pole will also feature the Thunderbird (tick^in) who has the power to keep human arrogance in check.

“I love that this log will be used for a language project,” said Wis*qii, given the importance of language revitalization. “This is a sacred gift and something for our people to be proud of and I hope that it will inspire people to bring back the language.”

Commissioned by the First Nations Education Foundation, the pole will be a celebration of the UN 2019 International Year of Indigenous Languages.

The cedar log rests 2900 Harbour Road in Port Alberni near the light house. Visitors are welcome to watch the artists transform the log into a totem pole over the coming months.

It is expected to be finished by September when it will make its final journey to Victoria, BC. 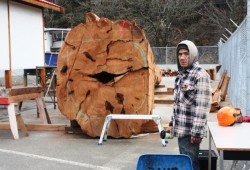 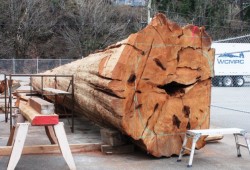 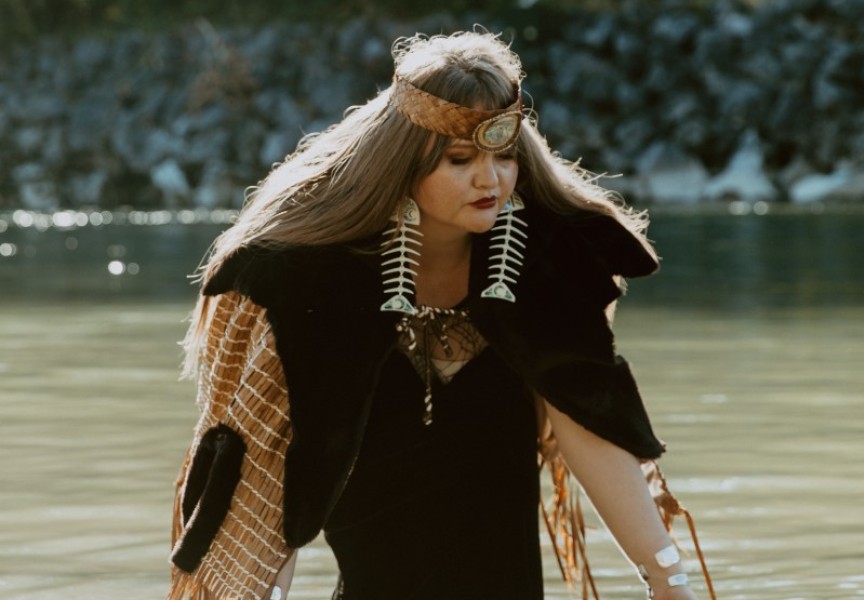 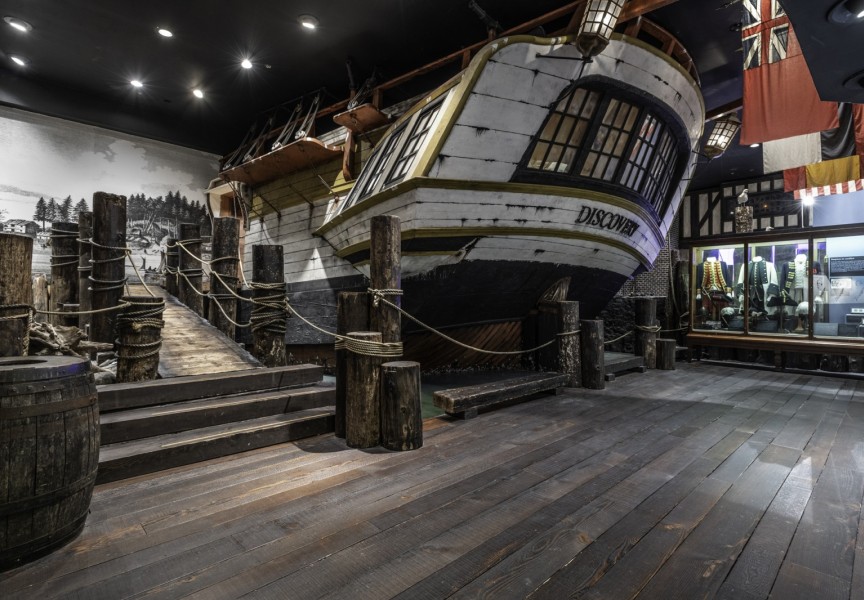 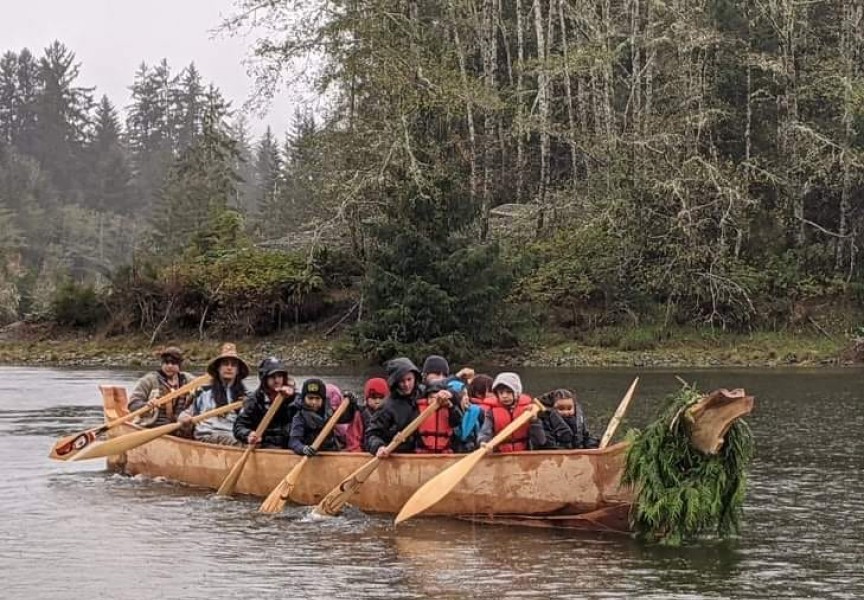 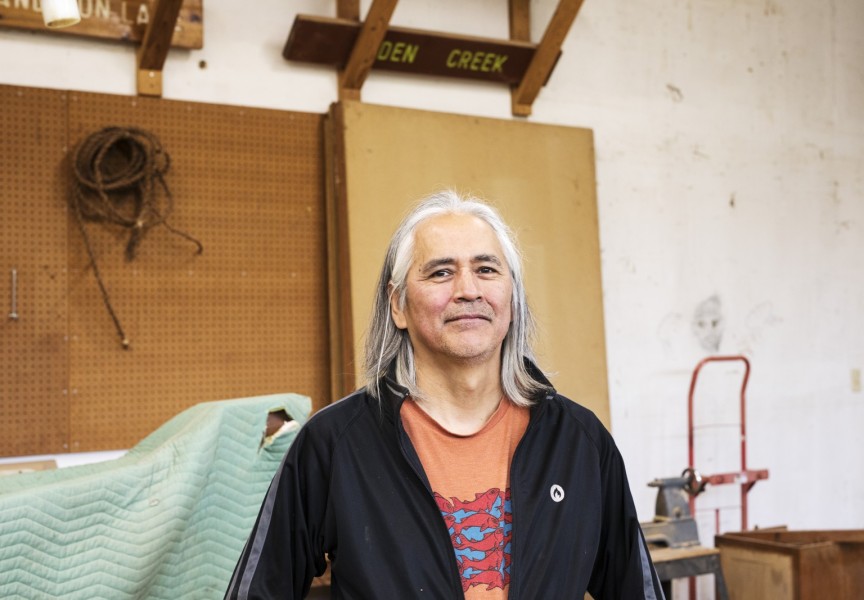