Joe Martin, right, leads David Curley through the building of a canoe at the Tla-o-qui-aht maintenance yard in Ty-Histanis. (Melissa Renwick photos)

When Joe Martin was a young boy growing up in the village of Opitsaht, his father didn’t give him a choice of whether he wanted to go hunting, fishing, trapping or canoe building.

And whether he liked it or not, Martin would go.

“There was no such thing as a couch potato in the former days,” Martin said. “People used to speak really proudly about being strong and being ready.”

It was during those formative years that Martin developed a deep relationship with the art of Nuu-chah-nulth woodcarving. Like a bed of moss, he absorbed all of his father’s teachings and carries on a tradition that few still know how to do – carving a traditional dugout canoe.

Martin was recently awarded a grant of over $10,000 from the First Peoples’ Cultural Council Sharing Traditional Arts Across Generations program. With the funding, he’s giving the next generation the gift his father gave to him by hosting a series of workshops that will provide an introduction to traditional Nuu-chah-nulth woodcarving.

Participants will have the option of working on a canoe paddle or a bentwood box, where they will learn how to identify, harvest and prepare the wood for their projects, along with how to plan and design their carvings.

The master carver says he’s starving for young people to get a hold of these teachings in hopes that one day they will be able to go out and do it on their own.

“Maybe not all of them,” he said. “But at least one or two of them so it can be passed on.”

The grant is intended to help support other developing Indigenous artists and to engage citizens who also wish to learn about cultural practices, says Rebecca Henn, a freelance consultant who helped Martin submit the grant application.

“It’s passing on that knowledge to future generations to carry on those traditions and keep them alive,” Henn said.

Recently, 23-year-old David Curley started helping Martin carve a dugout canoe within the maintenance yard in Ty-Histanis. The self-taught wood carver specializes in masks and rattles that he sells on Campbell Street in Tofino, but has become enamoured with the intricacies of carving a canoe.

“It’s all of my history,” Curley said of the dugout canoe. “My family made canoes for generations.”

Geared towards Indigenous Peoples, the workshops allow Martin to share the ancient cultural practices while teaching participants about their symbolism within Nuu-chah-nulth culture – like the bentwood box, which can be used as a burial box for ancestors, as well storage for ceremonial regalia.

Using humour as a teaching method, Martin’s goal is to make it fun.

The now 66-year-old says that he never could have imagined he would be doing this as a career. 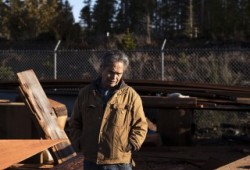 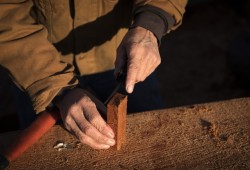 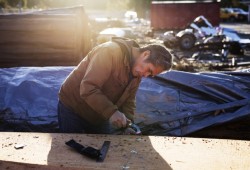 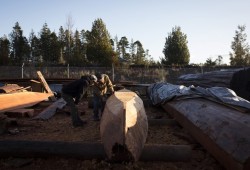