No steelhead — “qiwah” in Nuu-chah-nulth — were found when a crew co-ordinated by a half-dozen conservation groups went swimming in search of them along a six-kilometre stretch of the river in February.

While there are probably some surviving fish in the Gold’s winter run, the findings could hardly be a surprise for those who have been watching a virtual collapse to single-digit counts in recent years. Visibility in the water was good, however, and this was the first time the count hit rock bottom.

Not long ago, the same run supported Vancouver Island’s premier steelhead fishery before it had to be closed in 2018. The fishery was a tourism draw for recreational anglers and an important economic resource for the Village of Gold River. Historically, there were 5,000 winter steelhead.

Area residents — including three First Nations, three villages, commercial fishers, hatcheries and others — are teaming with provincial conversation groups, determined to find ways to rebuild the run. Nootka Sound Watershed Society (NSWS) formed a task force in August to look at opportunities for restoring riparian and stream habitat while studying other possible causes of the decline such as predation. Uu-a-thluk, the Mowachaht/Muchalaht First Nation, scientific and academic partners have also joined in what’s called the Solutions for Steelhead initiative.

The group considers winter-run steelhead to be “a canary in a coal mine,” Bailey said, referring to the concept that sentinel species provide a warning of wider environmental threats.

Gold River also supports populations of summer-run steelhead that cross migratory paths with runs of sockeye and coho as well as resident trout. At one time, sockeye returns ranged from 30,000 to 50,000, but they too have declined.

Steelhead, Oncorhynchus mykiss, are related to rainbow trout but behave like Pacific salmonids. They’re giving humans a wakeup call, NSWS believes. That’s the message they hope to convey to build financial support for initiatives to restore fish habitat. Some research has been done in the past, but not a comprehensive analysis, Bailey said.

“It has to be a collaborative approach,” she explained. “Part of this [is] finding out where it’s best to invest. That’s what’s going to bring the steelhead back.”

That along with a little good fortune. Bailey was headed to Tahsis last summer when she coincidentally crossed paths with Fernando Lessa, a roving Brazilian photographer who specializes in documenting freshwater fish and habitat.

Lessa emigrated to B.C. from his home country four years ago and has made his mark in conservation with a book, Urban Salmon (2017), and the documentary, The Heart of the Fraser (2019), an environmental plea for the river’s threatened ecosystems. He was scouting for freshwater opportunities, looking for rivers closer to their natural state than the lower Fraser, when he encountered Bailey. Recognizing an opportunity, she convinced him to visit Gold River and photograph summer-run steelhead during enumeration counts.

NSWS partnered with the Steelhead Society of B.C. to cover costs for the two-days of shooting. The results, captured in early September, will be used to promote Solutions for Steelhead.

“I believe photography is one of the few things that bring together passionate people with different mindsets,” said Lessa, a fly angler who also holds a biology degree. “Everybody loves a beautiful picture. I believe photography can bring to this conversation between different groups and make everyone work together.”

Despite his experience as a photographer, this wasn’t an easy assignment. In two days, he swam with 19 fish during the snorkel count and tallied a total of 42.

“They would not give me many chances,” he said. “I think the secret was that I had an amazing team with me and they took me exactly where the fish were,” he said. “They knew where to go and how to approach the steelhead. They were holding in a single pool. Just a beautiful fish. Really, really nice to see them.”

Those, however, were summer-run steelhead. To photograph the winter run would be impossible, Lesso said. The summer run remains healthy, providing further clues as to what may be affecting their winter counterparts.

Meanwhile, NSWS is pursuing funds through the B.C. Salmon and Innovation Fund.

They envision a steelhead sanctuary at Muchalat Lake, 16 kilometres upriver from the estuary and part of the Gold-Muchalat river system. Their plan dovetails with the salmon park proposal developed by the late Walter Michael, Nuchatlaht Tyee Ha’wilth, and Roger Dunlop, Uu-a-thluk northern region biologist.

The idea behind salmon parks is to protect not only stream channels and riparian habitats that border them, but also expansive areas of old-growth forest habitat surrounding salmon streams, recognizing the complex ecological interrelationships within the entire coastal forest ecosystem.

Dunlop feels existing protections for freshwater fish habitat are ineffective with no regulations to ensure sediments churned up by logging and road construction are contained. Collectively, the hereditary chiefs of Nuu-chah-nulth have suggested B.C. consider the salmon park concept for broader application to protect salmon streams provincewide.

Contingent on funding, the plan is to begin riparian silviculture treatments next year in an effort to reverse the impacts of logging and improve in-stream fish habitat, building on success working with salmon habitat in a half dozen other Nootka Sound streams.

Another component of the project would involve developing a list of priorities for steelhead restoration and enhancement projects in area watersheds. Toward this goal, they’ve tapped EcoFish Research, which specializes in spatial modelling that considers climate change and cumulative environmental effects.

Lesso’s short video on Solutions for Steelhead and the Gold River can be viewed at www.facebook.com/watch/?v=330081584915463&extid=0vZME7YyCbDP7dlr. 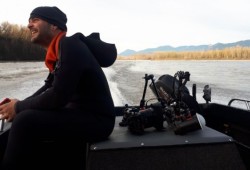 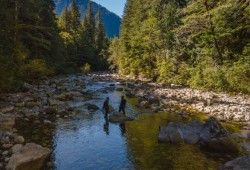 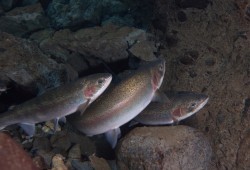 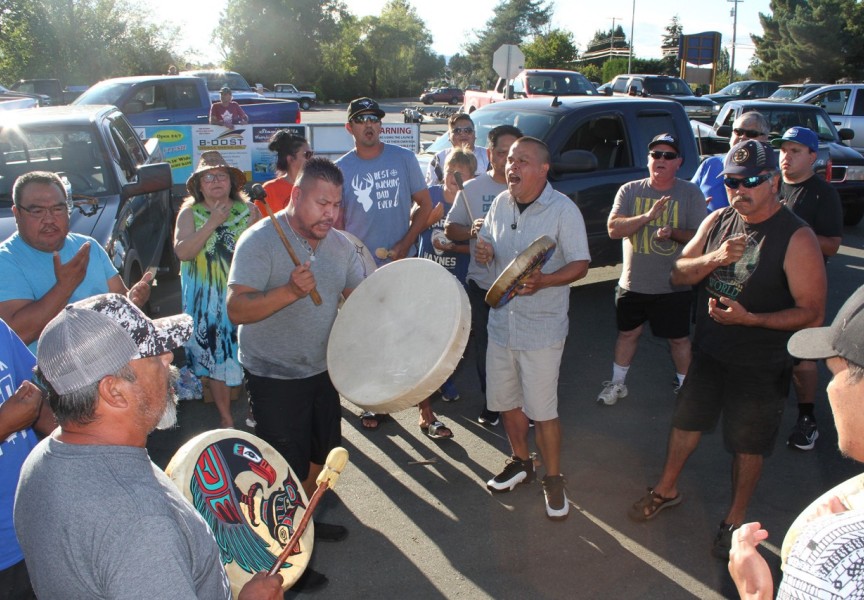 Tseshaht block access to Somass while DFO sits on agreement