Snuneymuxw elder Xulsimalt sings during the announcement of the First Nations Justice Strategy in Nanaimo on March 6. The strategy calls for an overhaul of B.C.’s justice system to reduce the growing number of Indigenous people being incarcerated. (Eric Plummer photo)

With a landslide NDP victory behind him, Premier John Horgan has yet to name the next attorney general. But whoever takes on this critical cabinet position will be faced with an increasingly daunting crisis facing British Columbia: the overrepresentation of Indigenous people being incarcerated.

In B.C. First Nations, Métis and Inuit people comprise just 5.9 per cent of the population, but as of 2018 this minority accounted for 32 per cent of custody admissions in the province. This rate grew from the 22 per cent tracked a decade earlier, and as 43 per cent of youth in custody or under community supervision identify as Indigenous, the statistics are showing signs the trend will continue to climb in the future.

Doug White recalls a time in the early 1990s when a rate of around 10 per cent led to government declaring that the number of Aboriginal people being sent to jails was a crisis.

“We’ve got this very weird dynamic going on in this country, and I think it strikes at the core of the current high-profile issues of systemic racism in Canada that plays out in every major institution of our country,” he said. “It has a pulverizing impact on our families and our people.”

As chair of the First Nations Justice Council, White and provincial government representatives announced the B.C. First Nations Justice Strategy in March, days before the COVID-19 pandemic took hold. The strategy aims to change the tide currently sending Indigenous people to jails and prisons. It stresses the need to increase the number of Aboriginal people who work in various roles within the province’s justice system, from police officers to judges.

It also set out a plan for 15 First Nations Justice Centres to open across the province over five years, which “will uniquely reflect the needs and approaches of First Nations in each region,” but the pandemic has stalled the introduction of these facilities. As courts operating under social distancing measures continue to rely heavily on remote connections for appearances, a proposal has been made for virtual justice centres to assist Indigenous people, but this initiative has yet to receive funding, said White.

A ’pipeline’ to jail

The justice strategy highlights another growing crisis in B.C. that’s undeniably tied to Indigenous overrepresentation in jails: the number of Aboriginal kids in foster care. Numbers from B.C.’s Ministry of Children and Family Development illustrate the trend since 2002, when 43 per cent of the over 10,000 kids in care were Indigenous. By 2018 children and youth in the foster system had declined to under 7,000 – but the number of Aboriginal kids had not, encompassing 61 per cent of those in care.

Patricia Barkaskas has seen the effects of the foster system in Vancouver’s Downtown Eastside, where she’s the Indigenous Community Legal Clinic’s academic director.

“That system ends up being a horrible experience for folks, and often that leads them to engage in activities that they might not otherwise engage in,” said Barkaskas, who is also an associate professor of teaching at the University of British Columbia. “It’s a pipeline to the criminal legal system and jail.”

The clinic serves as a training ground for lawyers and offers pro-bono support for those who have fallen through society’s cracks into the early stages of the criminal justice system. Staff often work with young people collecting minor offences, and try to divert them from an escalating cycle of being at odds with Canada’s law. Barkaskas sees a lack of resources to help Indigenous youth with trauma, post-traumatic stress disorder, the aftereffects of abuse in foster homes or dislocation from a home community. Often a judge’s conditions do little to help such underlying issues.

“A person who is dealing with all kinds of trauma is not just going to be like, ‘Okay judge, thank you. If somebody offers me a drink I just won’t drink’,” said Barkaskas. “They have ridiculous lists of conditions on them that they cannot adhere to and that nobody else would be expected to adhere to…of course they breach them.”

Provincial Judge Alexander Wolf serves Port Alberni and the region’s west coast communities. Growing up in the foster care system himself from the age of two, he has an intimate understanding of the challenges that many of the young people who stand before him in court face. He’s also a member of the Kwikwasut'inuxw Haxwa'mis First Nation from Gilford Island, which is located North of Vancouver Island.

“My mother was a sex worker on the Downtown Eastside,” said Wolf. “I don’t know my siblings, and I don’t know where they would be.”

While he was a teenager, Wolf’s mother ended up in Oakalla prison, the same institution that housed people for practicing potlaches during the Canada-wide ban earlier in the 20th century.

“The theory was that she killed someone, then burned the place down to hide the evidence, but the family always believed it was her pimp for a drug deal or debt gone wrong,” recalled Wolf.

While awaiting trial his mother was found hanging in her cell, just after being released from solitary confinement.

“In those days you were allowed to have some personal possessions, and a guard the morning of had commented on how pretty her scarf was,” said Wolf. “She thanked the guard and said it was her peace flag. This is what she used.”

Now on the other side of the bench, Wolf finds himself assessing if children at risk should be taken into care. He sees a great need for alternatives to removal, but in some cases the courts are provided with little options from the First Nations the children at stake belong to.

“We used to send out a form to one of the bands letting them know that one of the children has been removed,” said Wolf. “We would say that we welcome input, but even to this day I get very little input in the courts, and that’s because there’s sometimes a lack of infrastructure on the receiving side of that form.”

“I would rather there be a number of elders here, standing up and saying, ‘We will support this mom or this dad. We will support these children and take care of them until mom and dad are healthy enough to have them back.’ And you have some of that, but there’s probably not enough,” added Wolf.

The First Nations Justice Strategy highlighted the need to focus on the plight of females, as statistics show that six of 10 girls incarcerated in B.C. are Aboriginal.

“For me, I think the focus needs to be on providing supports to Indigenous women at a young age because the highest incarceration rates now for Indigenous people now are women,” added Wolf.

Three years later, this amendment was tested by the Supreme Court of Canada with the Gladue decision, which advised that courts should consider an Aboriginal offender’s background in sentencing. This determined the fate of Jamie Tanis Gladue, a 19-year-old Cree woman charged with stabbing her common-law partner to death in Nanaimo in a drunken rage for his infidelity. An appeal to the Supreme Court was dismissed, which upheld Gladue’s three-year sentence. She was released after six months under controlled conditions.

The decision from Canada’s highest court noted Canada’s dubious standing as having one of the world’s highest rates of incarceration for industrialized democracies, with 130 inmates per 100,000 people, second to the United States’ 600 per 100,000.

“Canada is a world leader in many fields, particularly in the areas of progressive social policy and human rights,” reads the 1999 decision. “Unfortunately, our country is also distinguished as being a world leader in putting people in prison.”

Twenty-one years later, it can be difficult to see if such a statement from Canada’s highest court has influenced a system that increasingly funnels Indigenous people into jails. David Milward is an associate professor at the University of Victoria’s Faculty of Law, who has written extensively on the importance of the Gladue decision. He admits that British Columbia’s courts are still figuring out how to interpret the 1999 decision.

“Canadian sentencing law is fundamentally tilted towards deterrence and retribution and expressed through incarceration,” said Milward. “It’s not likely that judges can depart from those kinds of precedents and guidelines.”

But in many cases, these precedents are continuing a cycle that does little to rehabilitate a person, argues Milward, who believes that the prison system often teaches someone how to be a better criminal.

“Once a person ends up in a federal penitentiary, Indigenous gangs are already waiting at the gates to recruit them into their fold,” he said. “Often you will have Indigenous gangs who are rivals with each other, like Indian Posse or Red Alert or the Manitoba Warriors.”

“They’re trying to enlarge their numbers, so they’re pretty much waiting at the gates for recruits,” added Milward.

Restorative justice is one alternate to this system of incarceration and reoffences, whereby an offender is rehabilitated through a process of reconciliation with the victims and community. Dozens of restorative justice initiatives operate in British Columbia, including in Port Alberni, Gold River and the Chim-an-ah program in Ahousaht.

Although some might see this approach as more lenient, the 1999 Gladue decision concluded that this is no necessarily the case.

“[I]n our view a sentence focussed on restorative justice is not necessarily a ‘lighter’ punishment,” reads the Supreme Court of Canada judgement. “Some proponents of restorative justice argue that when it is combined with probationary conditions it may in some circumstances impose a greater burden on the offender than a custodial sentence.”

With the cost of keeping an inmate in a federal prison estimated to be $115,000 a year, Barkaskas believes that public money could be better spent by returning the authority to individual First Nations to set things right among their offending members.

“If we looked at a reallocation of the funding along with a real recognition of Indigenous sovereignty and jurisdiction we, collectively as a society, could come up with all kinds of ways that Indigenous nations could be given the resourcing back to actually implement justice in their own nations,” she said. “Those justice systems worked for thousands and thousands of years.” 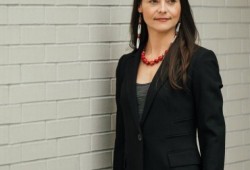 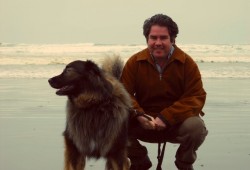 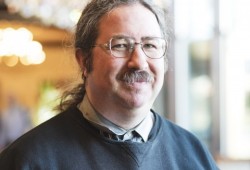 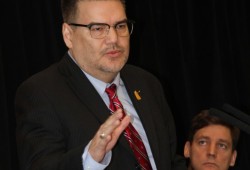