The owners of the Wintergreen Apartments on Fourth Avenue have been ordered by the City of Port Alberni to comply with an extensive list of upgrades and safety actions including removing all trailers from the property. (Karly Blats photos)

Property owners of Port Alberni’s Wintergreen Apartments on Fourth Avenue are being held accountable for unsafe living conditions and are ordered to comply with city requirements to clean up and make improvements to the building.

Port Alberni city council voted unanimously at a Nov. 23 meeting to put a remedial action order on the apartments (sometimes referred to as “the Ghetto”) and the surrounding property. Property owners, Randy Brown from Port Alberni and Martin Chambers from Victoria, have 30 days to undertake an extensive list of repairs and upgrades to bring the property up to acceptable safety standards.

Improvements required include repairing the exterior walls of the building to protect the structure from weather and the possibility of insect and rodent infestations, remove all garbage from the interior and exterior common spaces of the property, repair ceilings, railings and fire protection systems and obtain proper permits and building inspections for renovations.

“The property has been in a state of decline for a number of years. Since that time the property has deteriorated significantly and has significant increasing high call volumes that consume resources from police, fire, building and bylaw services,” Gaylene Thorogood, manager of community safety with the City of Port Alberni, told council at Monday’s meeting. “The continuing and distinct pattern of nuisance activity inside the building and on the property is negatively impacting the community and creating immediate and immense concern for the safety of the residents, visitors, workers, city staff and first responders.”

In a letter to council, the Port Alberni RCMP say there’s been 94 calls for service to the Wintergreen Apartments over the past year, a 13 per cent rise from 2019. The letter states investigations at the site are predominately criminal code offences.

Thorogood said the city doesn’t know exactly how many people are living in each unit at the Wintergreen Apartments but they estimate there’s a lot.

“There’s an electrical room that has people in it and I understand that the trailers have more than one person in each trailer, not necessarily from the same family,” Thorogood said. “[The owners] have done alterations to the building without building permits to try to install a shower and laundry facility, they’ve altered the electrical…we have fined them on all of these things.”

Property owner Martin Chambers also owns the Harbourview Apartments on Third Avenue, which is another Port Alberni building that’s been given a remedial action order, but to date little progress has been made to address the requirements. Council will meet in-camera to consider the next steps for that building.

Another requirement for the Wintergreen Apartments is the removal of all trailers and recreational vehicles on property.

Recently a number of trailers were moved onto the lot next to the apartment building by owner Randy Brown to offer homeless individuals a place to live, but some council members are questioning whether the living conditions of the trailers are better than sleeping outside.

“We have people sleeping under those trailers too…we have a slum landlord not looking after the people, and I will say that, that’s me saying it, not council saying it,” said Coun. Cindy Solda. “When I see people having to go back on the streets because there’s no heat and it’s warmer to be on the streets, that tells you a big story. A lot of people think yeah, they have a roof over their head but is it better than not having heat? I feel that no one should live in those deplorable situations and the landlord collects whatever rent he collects and it goes in his pocket without him fixing it up.”

Coun. Ron Paulson said the deplorable conditions at the Wintergreen Apartment are not safe or fair for people to be living in.

“I know the landlord approached us at the last meeting and he feels deep in his heart that he’s applying a service. If he was applying a service he would take care of these buildings and make sure that those people were housed in a dignified and clean and healthy way,” Paulson said. “We’re at a point where people are being housed in conditions less than suitable for animals. We need to find a roof for these people where they can have some dignity.”

Solda questioned what would happen to the people living in the trailers who could get displaced by the city’s remedial action order.

“As long as we help the people that are there to move them into safe spaces I am for this,” Solda said.

Mayor Sharie Minions pointed to BC Housing’s mention of the availability of beds at the Port Alberni shelter and available overflow beds that can be used if capacity is reached at Our Home on Eighth.

“On an average night we are hearing that there’s anywhere from five to 10 available beds at the shelter, plus the eight that are available at the old shelter,” Minions said.

Minions acknowledged that removing the trailers from the Fourth Avenue property would create additional pressure on an already challenging homeless situation.

“We are ordering the removal of the trailers as I absolutely feel we should, it is unsafe and it’s a dangerous situation. At the same time we know as a result of this, as soon as it’s complied with, we’ll immediately see additional pressures,” Minions said.

Later Minions added that the city will work closely with BC Housing and housing providers to enact emergency actions if needed for people who may become displaced.

Tim Pley, City of Port Alberni CAO, said it is the city’s job to lobby senior government and the provincial government to provide medical and housing support for a municipality. But enforcing bylaws is also a responsibility of the municipality.

“I understand the challenge you face that exercising that part of your role is likely going to impact the housing for some people who are there,” Pley said to council. “The shelter has options, but some people choose to camp outside the shelter or take other supports. I think that we have to accept that in the end it’s really the individual’s choice whether they except housing that’s provided or not.”

Pley said the city will work with stakeholders to ensure that if people are displaced by city action, someone will be there to help them find alternate housing.

Property owner Randy Brown says he has no intention of removing the trailers from his lot, and in fact plans to bring in more.

“I’m going to do all the improvements (ordered by the city) but I’m not going to remove the trailers. I am going to run legal septic to all of them,” Brown said. “It’s going to take a while, but in the meantime, even a trailer with a little bit of heat in it is better than a park bench or a sidewalk.”

Brown charges $500 rent per trailer and $400 per person living in the seven-suite apartment building, which includes utilities. He said there are approximately 18 people currently living in the apartments.

“I don’t take advantage of tenants, all my tenants there love me and I would be the first person they’d be calling if they were in jail and they needed bail money,” Brown said. “I have a good rapport with every tenant that I have and they all absolutely love me.”

Brown said over the past year, he’s put approximately $20,000 into fixing up the Wintergreen Apartments, most notably painting the exterior of the building and putting up a fence around the lot. He’s also re-tiled three of the seven suites’ floors.

He says most of the garbage that accumulates on or around his property is left there by homeless individuals and not necessarily his tenants.

Another improvement Brown is working on is revamping a laundry room to create a space for all homeless people and tenants to do their laundry for free.

“We’re putting in a toilet, a shower and a sink and free laundry facilities for all the homeless people. Basically [the homeless] are using all the tenants’ places to go to the washroom and shower,” he said. “I might as well just allow them to use the washer and dryer and just see how it goes. As long as I have the trailers in there I should be able to produce enough income to let all the tenants do [laundry] for free.”

Once improvements are made, Brown envisions adding more living spaces at his property for the community’s vulnerable population. 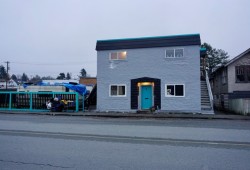 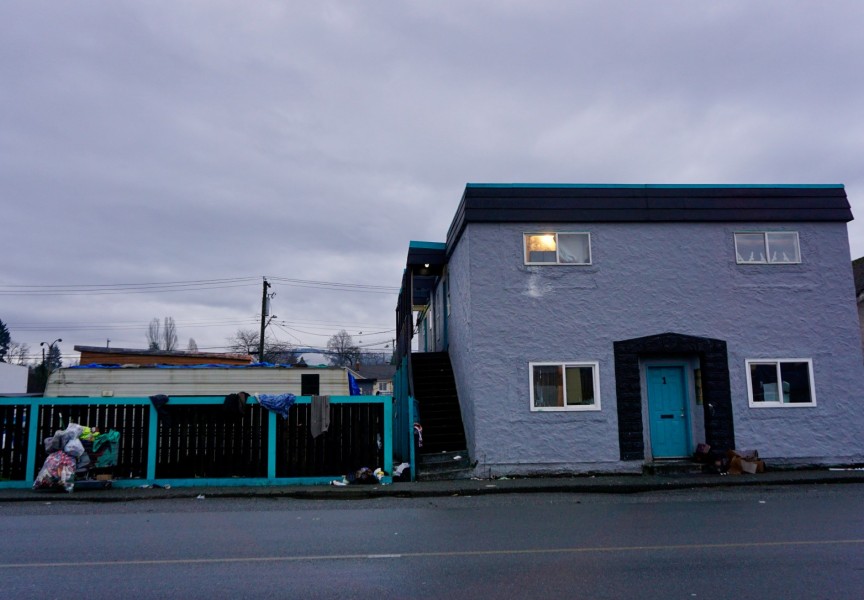 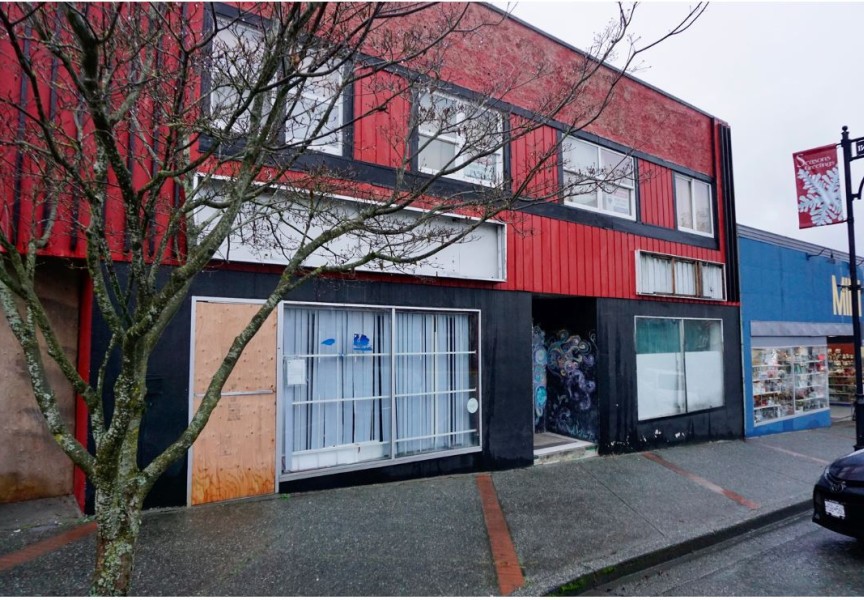 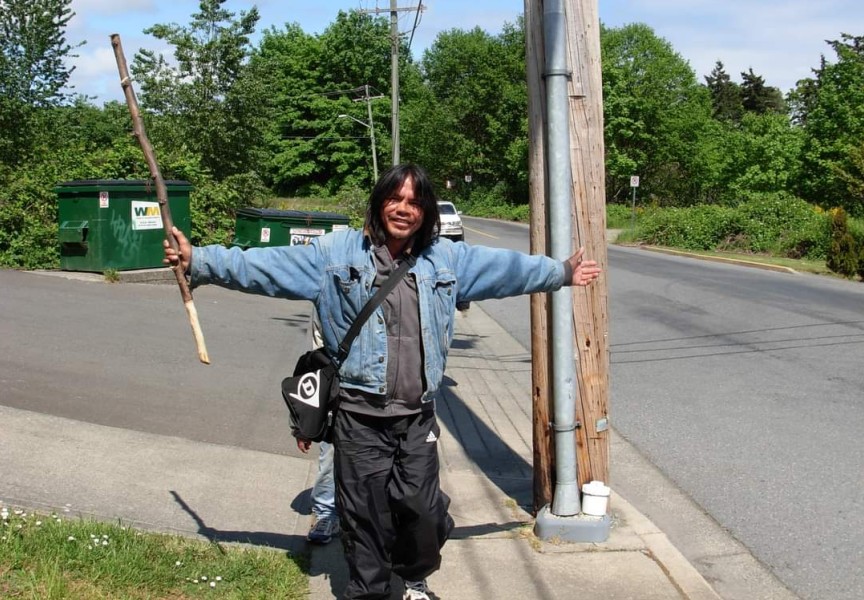 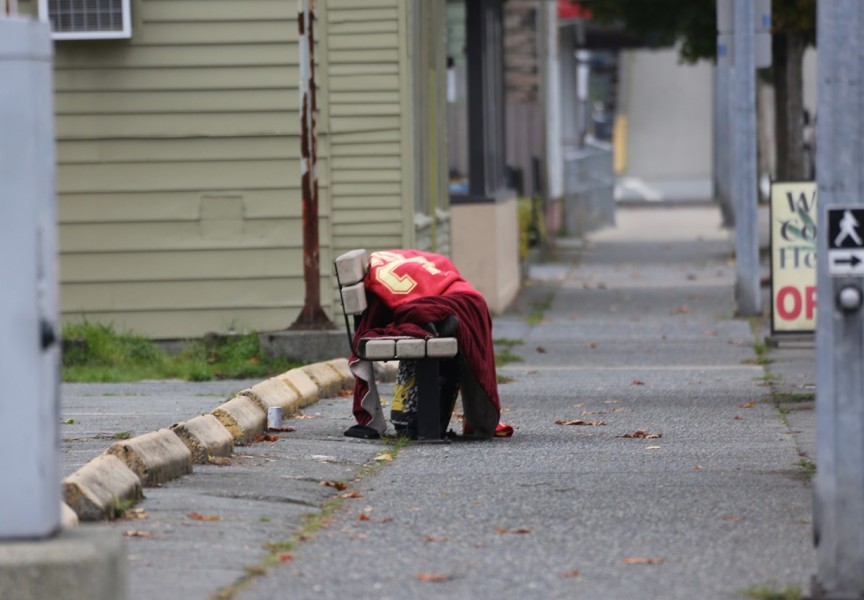 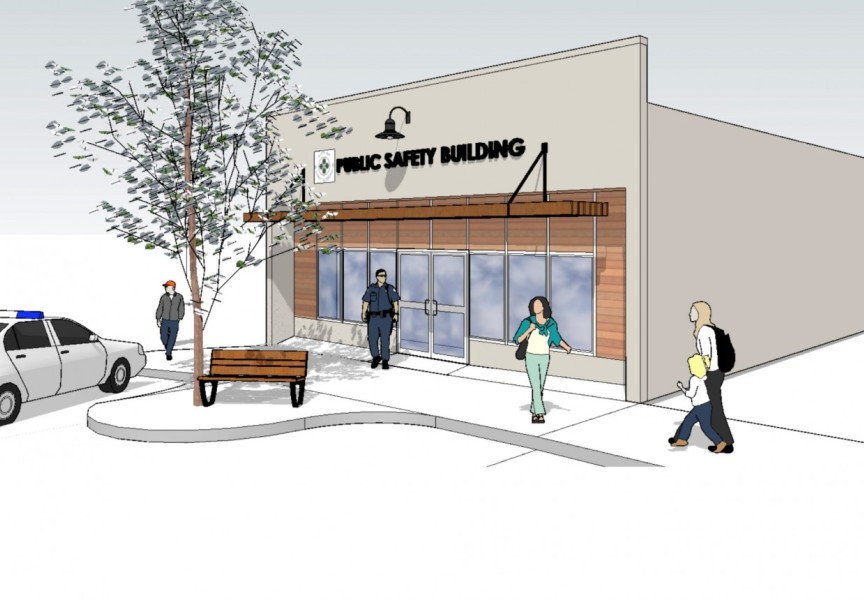