It has been a long month of recovery for Ahousaht elder Darlene Dick and she has still not regained full strength.

“I’m slowly getting stronger but I still can’t do stairs,” Dick said in a phone interview with Ha-Shilth-Sa.

It was late November when Dick visited the local clinic complaining of a sore throat. At the time, she said she wasn’t offered a COVID-19 test by the doctor. She was told she had a virus and was sent home to recover.

Darlene spent a week at home with her husband, her condition getting progressively worse. To top it off, the couple is following the orders of the provincial health officer and have been keeping to themselves. With no family coming to visit, nobody knew how ill Darlene was getting.

“I was home all week, not eating, getting weaker,” she said.

Darlene’s husband Alec had to help her get up to go to the bathroom, to feed her, to dress her. It was their son, Curtis Dick, who heads up Ahousaht’s Emergency Operations Centre, that arranged to have Darlene sent to the hospital.

While at Tofino General Hospital, Darlene was administered a COVID-19 test but was sent back to Ahsouasht before the results were available. Two days later she was rushed back to the Tofino hospital to find that her test was positive. She was taken to a hotel by ambulance to rest.

“I was so weak the paramedics had to bring me to the bed,” she recalled.

The following morning, Dick’s oldest daughter Ina arrived at the hotel to check on her mother. She called the ambulance when she saw that her mother could not get up off of the bed.

“I was so sick and the paramedics were really good to me,” she recalled.

But when she heard it was COVID-19, she said she was scared.

“I have high blood pressure and am on pills for my heart, so I felt worried, emotional,” she said.

In Nanaimo, Dick says she was immediately placed in ICU.

“I noticed it was five to eleven when I got there,” she said, adding that it wasn’t until after 4 a.m. that hospital staff were done taking care of her for the night. “I was on strong IV antibiotics, other medications, and high flow oxygen.”

It was easier to breathe once she began receiving the oxygen. Dick said she was so feeble during her first week in ICU that she had to rely on the nurses for help with everything.

“The first week to 10 days they had to bathe me and even had to help me turn over in bed,” she recalled.

Even worse, Dick couldn’t speak to her husband for the first few days because of the breathing tube.

Finally, after two weeks in ICU, Dick was sent home on Dec. 15, in time for Christmas, or so she thought.

Feeling ill again, Dick went back to the Nanaimo hospital on Dec. 21.

“I cried because I wanted to be home,” she said.

It turned out that Dick had developed pneumonia, while three separate tests came back negative for the coronavirus.

On Dec. 31 Darlene returned home and says she is getting stronger all the time. The coronavirus robbed her of her senses of taste and smell, but now that they are returning, she is beginning to eat more and get stronger.

In early January Darlene received visitors, NTC nurses whot came to her to vaccinate her against the virus. While she’s heard that she may now be immune to the coronavirus, now that she has recovered, she said her children consulted with health authorities and were advised her to get the vaccine.

According to the World Health Organization, when individuals are infected with the virus that causes COVID-19, they develop antibodies a few weeks after infection.

“We know that individuals who have even severe disease, mild disease, and even asymptomatic infection, do develop these antibodies,” states the WHO on their website – but this does not guarantee permanent immunity. “There is currently no evidence that people who have recovered from COVID-19 and have antibodies are protected from a second infection.”

Health professionals at Immunize BC advise people that have had or may have had COVID-19 illness to get the vaccine.

“This is because you may not be immune to the virus that causes COVID-19 and you could get infected again and become sick,” states an Immunize BC nurse.

Darlene Dick highly recommends the vaccine. Of having the virus, she says, “I don’t wish it on anybody, I hope people will take this seriously, take all the precautions and be careful. It is hard on the body and hard on the family.”

Dick continues to recover at home with the support of her husband and daughter Molina, who, with approval from Ahousaht’s Emergency Operations Centre, comes by to cook and clean for her parents. 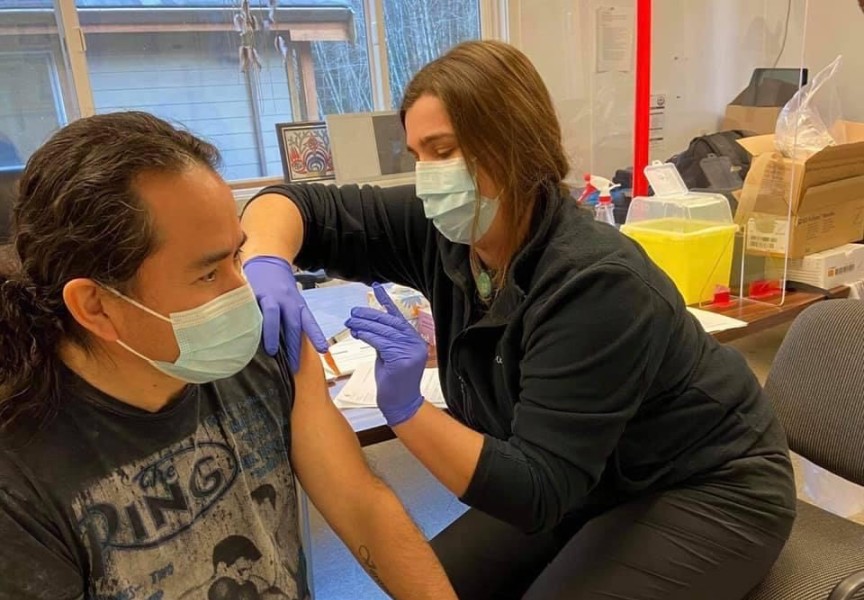 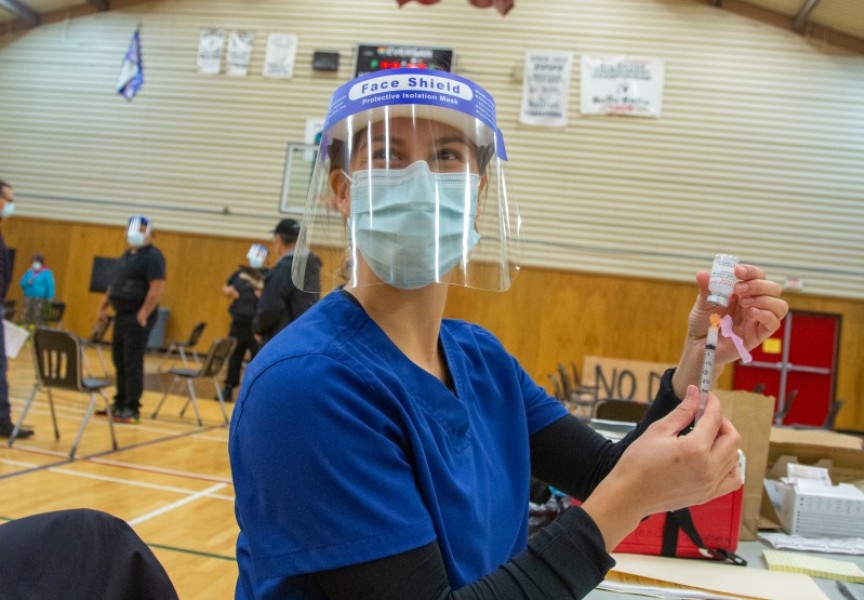 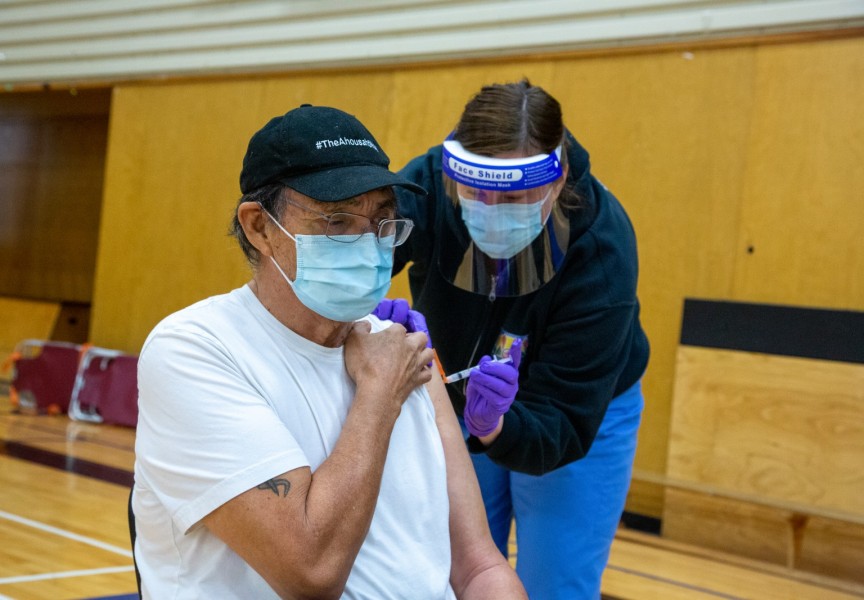 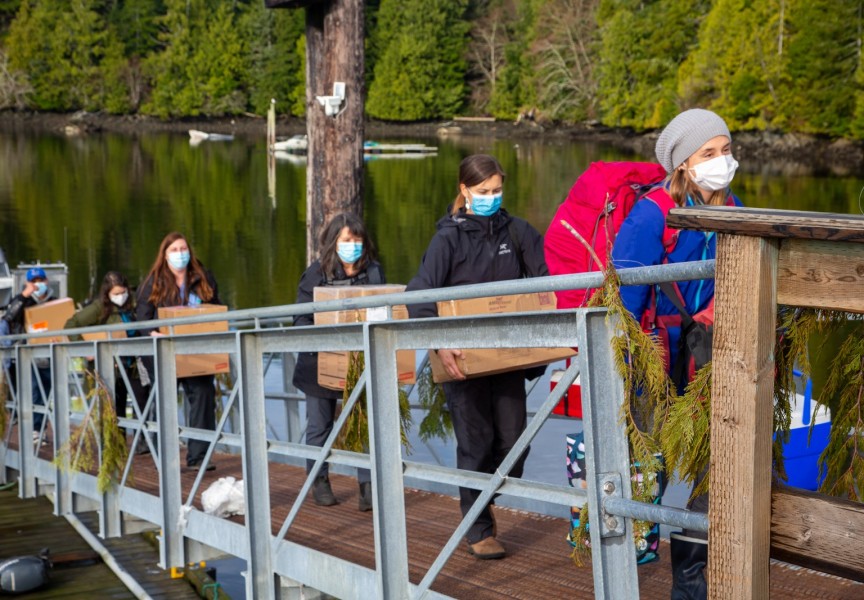 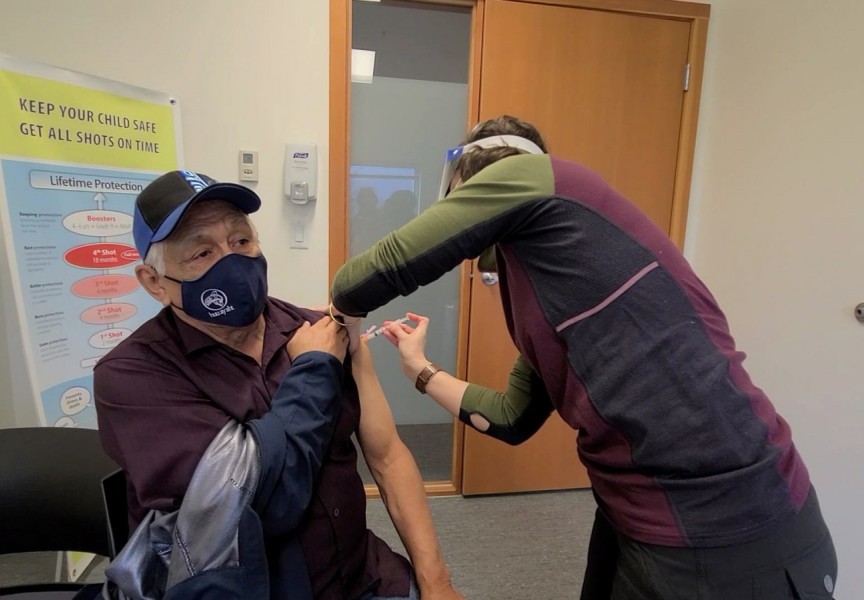 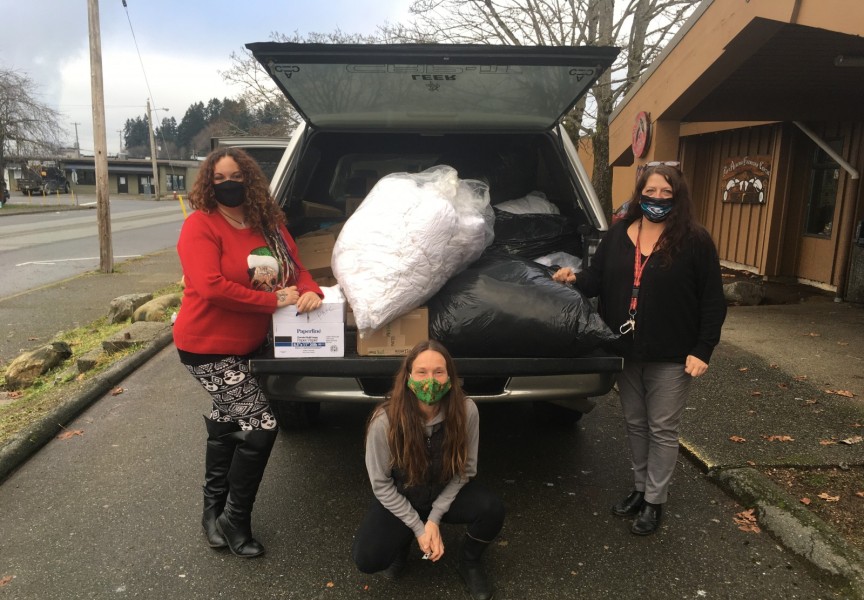