Walking alongside parents to keep families together

In recent years the number of youngsters being removed from their parents to live in foster care has dramatically declined – but this has not been the trend for Indigenous children.

Data compiled by the B.C. Ministry of Children and Youth illustrates the disparity: In 2002 there were 10,049 children in care, including 4,273 Indigenous kids that comprised 43 per cent of the total. By 2019 the number of children in care had dropped to 6,263, with 4,111 Indigenous youngsters – a relatively unchanged Aboriginal total that accounts for 66 per cent of children and youth in the foster system.

Alarms have been sounded locally and at a national level. In March 2018 the Huu-ay-aht First Nations declared a public health emergency, when it reported that 47 – or 20 per cent – of its youngsters were in care.

In January of that year Jane Philpott, who at the time served as Canada’s minister of Indigenous Services, called an emergency two-day meeting in Ottawa to delve into the overrepresentation of Aboriginal children living in the foster system. Federal recognition of the problem led to the passing of Bill C-92, a law that recognises the jurisdiction of Indigenous governments and First Nations to determine their own child and family services.

“It recognizes a simple truth: one size does not fit all when it comes to Indigenous child and family services,” read a statement from Indigenous Services Canada. “Under Bill C-92, Indigenous communities and groups will be free to develop policies and laws based on their particular histories, cultures and circumstances. Free to move at their own pace to implement and enforce these policies and laws.”

This had an effect on the national standard of practice, said Kelly Edgar, director of Usma Nuu-chah-nulth Child and Family Services. But since it was established in the 1980s, the Nuu-chah-nulth agency has operated under the goal of preventing the removal of children from their parents and communities.

While Edgar says that this is sometimes necessary for the safety of the children, Usma is now operating with additional funding from Indigenous Services Canada to support a full team tasked with preventing parents from getting to the point where their children are forcibly removed. The prevention team includes four family wellness staff, two connections workers, a youth outreach person, an elders’ navigator, a cultural coordinator, plus its leader Kevin Titian.

“Prevention is rebuilding the aspect of the word Usma, getting back to its true meaning,” said Titian in reference to the Nuu-chah-nulth word. “The word Usma being precious one, being a precious gem of who you are as a human being.”

“The prevention team itself is really a way for us to practice outside of the normal child welfare response, which is generally what Usma is being,” added Edgar. “Usma was put in place to be the Nuu-chah-nulth version of MCFD.”

Currently 89 Nuu-chah-nulth children and youth are in care, 47 of whom are with extended family or other Nuu-chah-nulth members, while two are living independently.

“That number, believe it or not, had decreased and is continuing to decrease,” said Edgar, noting that children are no longer separated from their families due to poverty – a practice that some still associate with the Ministry of Children and Family Development. “When we are presented with a family who might be experiencing homelessness or poverty situations, it’s always the goal to connect them to the resources and not to be doing that punitive kind of work.”

Support for youth continues after they have aged out of care, up until the age of 27. This change in foster system support occurred over the last few years.

Edgar said the needs for youth who have aged out of care have attracted more attention during the COVID-19 pandemic’s restrictions.

“I think it’s becoming more talked about more since the pandemic, actually, because there’s this crisis,” she said.

Overcoming distrust in the communities it serves continues to be a challenge for Usma, highlighted by a recent multi-day protest outside the agency’s Port Alberni offices in January. While she respects the rights of parents to express their opinions of Usma’s child protection measures, the agency is legally obligated to follow privacy laws regarding kids in care.

“Everybody has a right to protest what they feel is important to them,” explained Edgar. “It’s not our place to engage with that, because it would not be appropriate.”

But what they can do is develop relationships with Nuu-chah-nulth families in need of help, something that Titian and his prevention team are eager to explore once COVID-19 measures loosen to allow more personal contact.

“I’m not a social worker coming into your community to take away your children,” he said. “I’m here to walk alongside.”

A critical part of the 50-person department’s work are its ties to family care workers who live in or near Nuu-chah-nulth communities along Vancouver Island’s west coast. These workers are employed by the local First Nations, not the NTC, to act as liaisons on child welfare issues. They develop close ties with families, an important asset in responding when a child’s safety is at risk.

“Our first call is generally to that family care worker to say, ‘Here’s the situation, this is what’s going on, can you provide safety through family connections for this child until we can come up and assess?’,” said Edgar, noting that this immediate connection to a child’s extended family is a different response than a social worker showing up on someone’s doorstep.

Beyond ensuring the immediate safety of a child, the prevention team’s goal is to help foster an environment of healing for the parents, attending to issues such as addictions, anger management or the effects of Fetal Alcohol Spectrum Disorder.

Titian has seen trauma stretch back multiple generations to the institutionalized harm of the residential school system.

To break this cycle, Usma offers women’s and men’s groups for parents, while a parenting program incorporates traditional Nuu-chah-nulth teachings. The intent is to foster a deeper sense of belonging that some parents never knew.

“When you empower our community and our people with identity, it plants a seed within them to want more,” he added.

Other Stories in
Child welfare, Culture 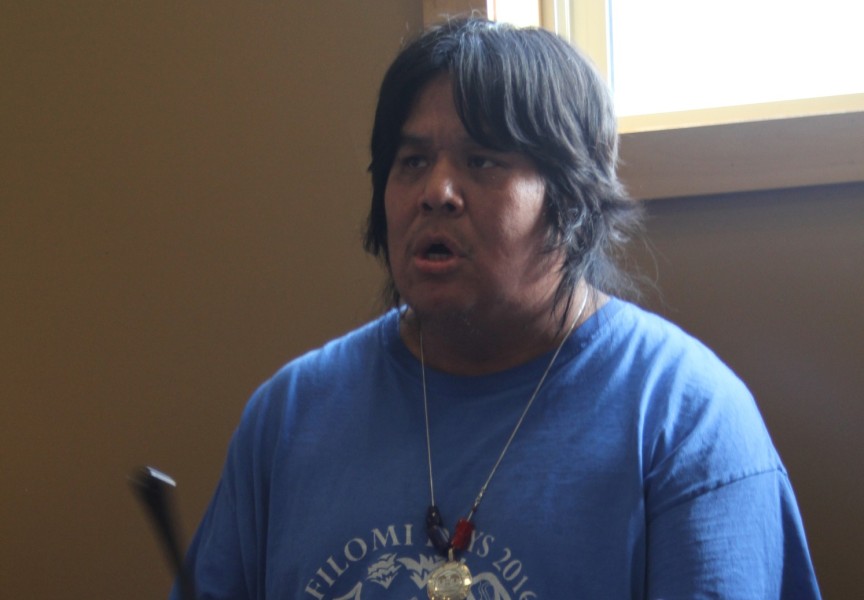 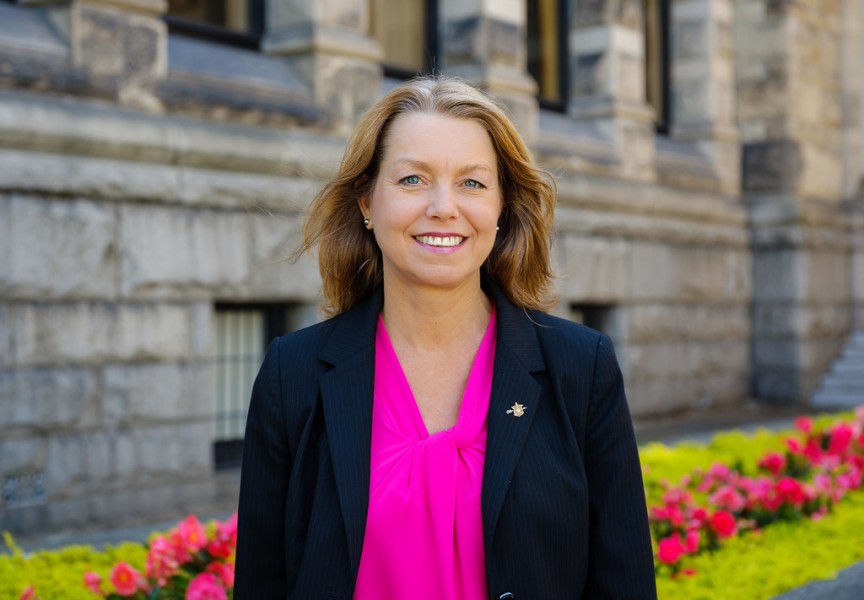 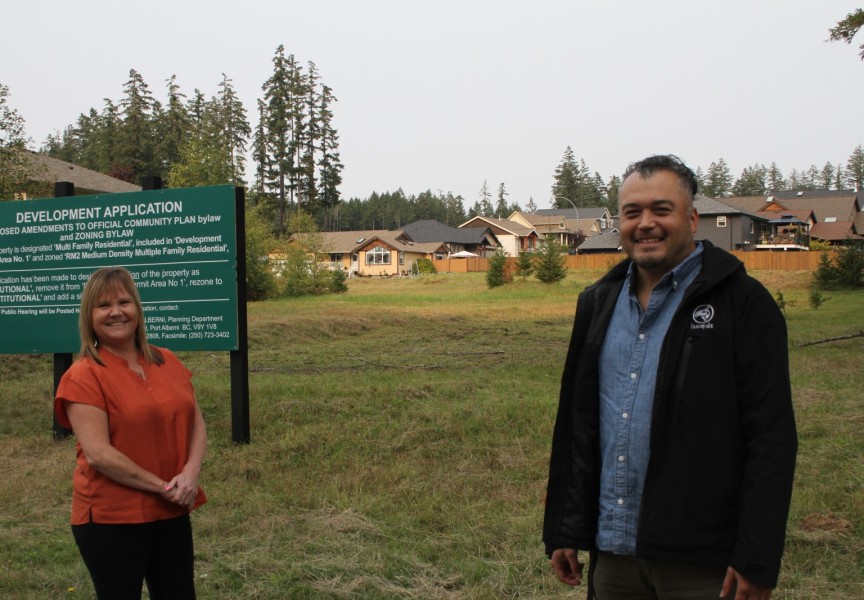 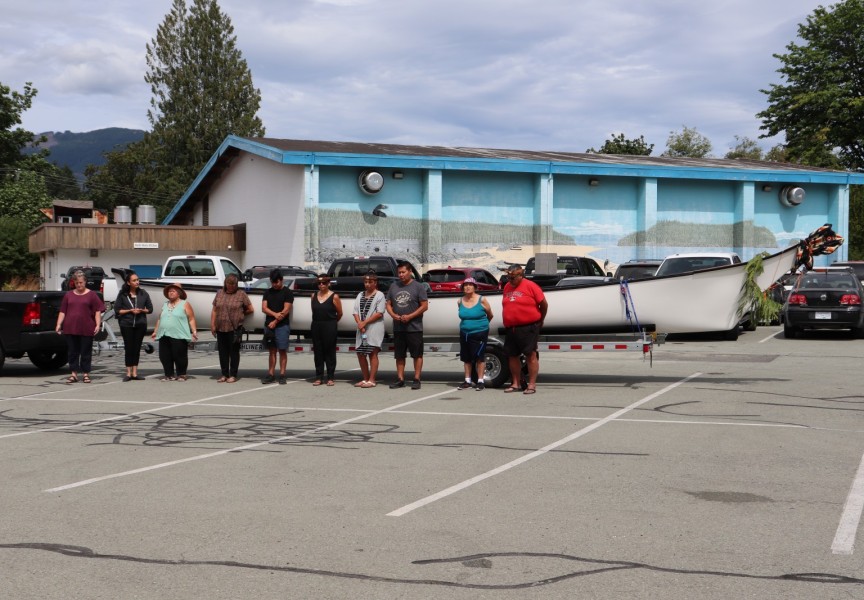