Citing an imbalance in the food chain, research is calling the animals’ Species at Risk Act designation into question.

A new study has found that coastal Indigenous communities have managed their relationship with shellfish and sea otters for millennia.

Longstanding claims by Indigenous communities argue that the protection of sea otters under SARA not only interferes with traditional harvesting practices, but also creates an imbalance within ecosystems that have been managed for thousands of years.

“It kind of shifts the way that a lot of people think about ecosystems,” said Slade.

While humans are commonly associated with negative ecosystem impacts, the recent graduate of Simon Fraser University’s School of Resource and Environmental Management said that hasn’t always been the case.

“It continues to be that humans can have positive interactions with ecosystems and really are a part of them,” she said.

The sea otter fur trade began in the 1700s when the first pelts were traded to Captain James Cook from the village of Yuquot in Nootka Sound.

Sought after for their dense fur, which sold for vast profits in China and Europe, the species were widely hunted and extirpated.

Their worldwide population dropped from 300,000 in the 18th and 19th centuries to fewer than 2,000 by the early 1900s, and the last verified sea otter on B.C.’s coast was shot near Kyuquot in 1929, according to the Department of Fisheries and Oceans Canada.

In response, DFO translocated 89 sea otters from Amchitka and Prince William Sound, Alaska, to Checleset Bay on the west coast of Vancouver Island between 1969 and 1972.

They were designated as a species of special concern in 2009, following an assessment by the Committee on the Status of Endangered Wildlife in Canada in 2007, said DFO.

“They are listed under the Species at Risk Act because they may become threatened or endangered,” said DFO. “Their susceptibility to oil and the proximity to major oil tanker routes make them particularly vulnerable to oil spills.”

Despite that, the species has since repopulated to total of 8,110 sea otters, according to a range-wide survey of the B.C. coast in 2017.

“It has since repopulated a portion of its historic range in British Columbia, but is not yet clearly secure,” stated DFO. “Population numbers remain small and require careful monitoring.”

Prior to the fur trade, Slade said sea otters flourished alongside mussel beds, abalone, sea urchins and clam populations for thousands of years.

“But what we're seeing right now with the reintroduction of sea otters and the species at risk management of sea otters is that [they] are decimating shellfish populations.”

Dianne Ignace has been living in the Hesquiaht Harbour since 1975 and attributes the reintroduction of sea otters to the decline of shellfish and sea urchins in the region.

“They cleaned out the harbour of a lot of resources,” she said. “There are no more clams. The clams are all gone.”

Sea otters eat around 20 per cent of their body weight each day and without the ability to manage populations, Tseshaht First Nation elected chief Ken Watts said that shellfish abundance is being impacted.

“[The study] solidifies what we've always known,” he said. “We need to be a part of [ecosystem] management because we’ve been managing our territories since time immemorial.”

Huu-ay-aht First Nation Hereditary Chief Hup-in-Yook (Tom Mexis Happynook) helped advise the research and said the removal of First Nations from ecosystem management has “made everything go out of balance.”

“These policies removed us from our responsibility within our territories as caretakers of our food sources,” he said.

Too often, Slade said policy making occurs at a level that is separate from those who are most affected by it.

“The management of sea otters can occur in a way that doesn't mean that sea otter populations are going to be at risk,” she said. “What I see as being positive about this kind of interaction and management is that it is driven by the people who also rely on those resources and is informed by their interactions.”

“Who should hold the authority, responsibility, and accountability to manage our relationship with sea otters specifically, and nature more broadly?” she questioned. “We need to confront the legacy of colonialism in our laws and policies, in our scientific process, and our own cultural norms and values.”

DFO said that the Canadian government acknowledges the need to “access and incorporate Indigenous knowledge in meaningful and respectful ways.”

When making decisions about sea otter management, DFO said its priority is to ensure that the “best available information” is reflected, including science and Indigenous knowledge.

“Management plans for species of special concern, such as sea otters, are prepared in cooperation with the jurisdictions responsible for the management of the species, including directly affected wildlife management boards and Indigenous groups,” said DFO.

“Work is underway at a national level to develop processes for how DFO receives Indigenous knowledge and applies it to inform decision making,” said the department. “As part of these processes, some First Nations offer Indigenous knowledge which is taken into consideration in both scientific and management approaches.”

Iain McKechnie is an archeologist and assistant professor of anthropology at the University of Victoria who has been working in the Broken Group Islands on-and-off since 2001.

“There’s a lost opportunity to learn more about how ancient communities dealt with marine resource management,” he said. “Because there's not a lot of work that's happening on that topic, there's a lot of assumptions that modern science makes about Indigenous impacts and Indigenous histories.”

While McKechnie said the “tide is turning” in terms of Indigenous sovereignty, he hopes the study will encourage conversations around access to livelihoods and the “ability for nations to make decisions for themselves with respect to marine resources.”

“There’s a lot of opportunity for people to start being more participatory in choosing to draw on history and how we can continue to co-exist with our ocean spaces and tenure systems like the Ha’wiih hereditary rights to harvest,” he said. “Those are important governance practices that really could be re-implemented and recognized.” 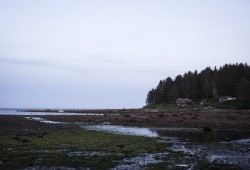 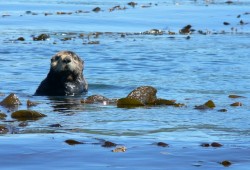 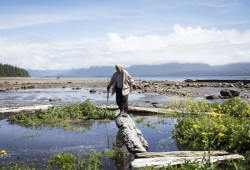