RCMP members kneel with an elder during a 2020 protest in Ucluelet after the shooting death of Chantel Moore. (Melissa Renwick photo)

Over the last year multiple Nuu-chah-nuth people have been shot during confrontations with the police – in some cases fatally. What systemic changes are needed to decrease the number of First Nations people who come into conflict with the justice system?

Reforms of the justice system are required to end the epidemic of violence against Indigenous people. Systemic racism must be addressed within all jurisdictions through Indigenous participation in recruitment, appointments and training at all levels. Zero-tolerance of racist views and behaviours must be enforced. Independent, transparent investigations of aggression against Indigenous people must include Indigenous participation. Racial profiling must stop. Indigenous people must be safe from institutional harassment or aggression whether when making a bank deposit or calling for mental health support. I have spoken on this issue multiple times in Parliament and will not give up the fight.

My grandaughters cousin was shot and killed in front of his parents in the community of Opitsaht and the niece of a good friend was shot seven times and had her leg broken by a policeman called for a wellness check.  A friends son died in the local jail after being left there on a drunk charge. In many cases, investigations never get public or are dropped. All this and more is heartbreaking to me and this violence must end.  The trauma being caused by brutal police violence is harming so many people and it is becoming entrenched in communities. This needs attention and deep healing and government must put this as a priority, learning from the people and changing attitudes and approaches.

We champion working together to foster a more supportive justice system. We will work to reduce the number of Indigenous people caught in the criminal justice system and to examine how to improve the representation of Indigenous people working in the system. Canada is making strides toward overcoming two challenges, overrepresentation and discrimination but there is much more work to be done. We must keep these efforts moving forward working collaboratively if we are to achieve the shared goal of securing a healthier more equitable future for all.

Police accountability is an important way to make our communities safer. It’s past time to put in place robust and independent civilian oversight of the RCMP. We’ll launch a review of the RCMP’s budget and the RCMP Act in order to ensure accountability to the public. We are committed to putting an end to police violence, and we will implement a federal use-of-force standard. We will overhaul federal police training to ensure that every officer receives robust and ongoing de-escalation, implicit-bias and cross-cultural training throughout their career. New Democrats will also increase investments in non-police interventions, such as mental health and addiction supports.

What needs to happen is all Canadians must stand up for who we are as Canadians, and for the inclusive country we want.  The Liberals are leading the charge.  Progress includes developing Canada’s Anti-Racism Strategy for 2019-2022, creating an anti-racism secretariat and appointing the first-ever Minister focused on diversity and inclusion.
The Throne Speech described further commitments, building upon our successes:
Introducing legislation and making investments that take action to address the systemic inequities in all phases of the criminal justice system;
Enhancing civilian oversight for our law enforcement agencies;
Modernizing training for police and law enforcement.

New Democrats believe government must work to end systemic discrimination against Indigenous peoples in the justice system. I’ve had hard conversation with police in our communities about what systemic racism means, and how we need to work to eliminate it. This is part of the hard work of reconciliation. The NDP would work with Indigenous communities to enhance community safety and develop a First Nations justice and policing strategy and implement the TRC recommendations relating to the justice system.

First, I am truly sorry for your loss and pain. I have filed excessive force and wrongful death lawsuits against police officers and departments, and each one is uniquely tragic. To tackle the problem, we need:
• more accurate data – from ticket/arrest to sentencing, how do BIPOC numbers compare with non-BIPOC numbers?
• to review current policies – are we sending armed police to situations involving mental health or substance use, where an ambulance or crisis intervention specialist would be better?
• to better support First Nations from the get-go – clean water, safe housing, education, job opportunities, healthcare, and respect for traditional values.

The system is fatally flawed. Police and Judges are not trained in mental health or trauma-informed practice. This must change immediately. Calling the police to conduct wellness checks is not the best course of action. This is not what they are trained to do, yet they must protect themselves and follow orders. Entering a scenario where a person is agitated and elevated requires a calm, self-centred, non-confrontational approach. Family and neighbors are better first responders when properly trained. Members of indigenous communities must be trained in policing and localized care for those who are in need of mental, social, and spiritual supports. I have worked in this system for over 40 years, and know first-hand that the existing protocols result in death and more trauma for people. Circle (Restorative) Justice must become the norm, the first choice, throughout the country. (see  https://blogs.ubc.ca/mrpletsch/2018/09/11/touching-spirit-bear-circle-j…) 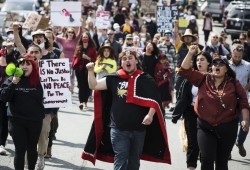 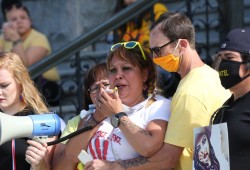