Tseshaht boast fish on the Somass River in September 2021. A near-average chinook run is expected on the river this year, according to a preliminary forecast delivered by DFO in December. (Eric Plummer photo)

The future of pacific salmon will depend on how effectively global greenhouse gas emissions can be controlled, according to a 2022 forecast on West Coast returns delivered by Fisheries and Oceans Canada.

With an emphasis on the continued effects of global warming - including higher ocean temperatures, drier streams, increased forest fires and heavy flooding - this year’s overall returns are expected to be below the historical average.

However, some exceptions are expected from this bleak outlook, including a near-average chinook run for parts of the west coast of Vancouver Island, including the Somass River.

Delivered on Dec. 16, the DFO’s Preliminary Salmon Outlook serves as an initial forecast to inform harvest management plans that will be issued by the federal department. A more detailed outlook of expected returns across British Columbia will follow in April.

During her presentation on environmental conditions that influence salmon migration, Sue Grant, head of the DFO’s State of the Salmon Program, pointed to events from the previous six months that created widespread effects: a record-breaking early summer heat wave, large forest fires in parts of the B.C. interior, followed by heavy rainfall and extensive flooding in November.

“All these events just drive home the fact that climate change is happening, it’s with us, we’re seeing things we’ve never seen or experienced before on this scale - especially all at once in the last six months,” said Grant. “We should expect more of this to occur in the future, more surprises and things we didn’t expect to see.”

The presentation pointed to the continued effects of forests fires on salmon habitat. Recent years have brought some of the worst seasons on record in B.C., including 2017 and 2018, which entailed over 120,000 and 130,000 hectares of forest burning respectively.

“Loss of forest canopy due to fire, pine beetle and logging has pushed a number of streams over the ‘tipping point’ and there is considerable loss of stability,” stated Richard E. Bailey, head of the DFO’s Chinook/Coho program.

On Vancouver Island low snowpacks have been a factor in contributing to more shallow, warmer streams for salmon to migrate through. From 2018-20 the region recorded less than 50 per cent of the average snow basin in the island’s mountains. This has resulted in stream temperatures sometimes reaching 20 C by the summer.

Warmer, shallow streams can pose a risk to the survival of salmon, said Grant.

Warmer conditions have also been seen in the ocean, which absorbs 90 per cent of the earth’s excess heat as temperatures rise around the world, stated the DFO presentation. This heat is retained for a long time, and by the second half of 2013 scientists began noticing an area west of B.C.’s coast where temperatures where 3 to 5 C above normal. What became known as “the blob” extends approximately 200 metres down from the ocean’s surface, changing the food chain and the organisms salmon feed on as they migrate.

“Normally in the northeast Pacific in cooler ocean years we see these larger zooplankton species, and they’re considered quite nutritious for salmon,” noted Grant. “What happens in these warm marine heat wave years is these southern zooplankton move in from California, and they’re considered less nutritious for salmon, so they reduce growth rates and reduce survival for these animals.”

These environmental conditions have resulted in severe reductions in the harvesting of Pacific salmon over the last century. An annual average of 24 million salmon were once caught in the 1920s and 1930s, but over the last decade this has declined to 4 million.

“We’re seeing coastwide salmon declines, and this is from Washington all the way up to Alaska,” said Grant.

But after generations of stock declines and fishery closures, those who traditionally rely on salmon for subsistence are warning that the DFO’s science will not be enough to adequately manage the species in the future. On Nov. 10 a letter was sent to Joyce Murray, the newly appointed minister of Fisheries and Oceans Canada, urging her department to better incorporate traditional knowledge from First Nations that call the west coast of Vancouver Island their home.

“[W]e urge you and your officials to listen to our Ha’wiih (Hereditary Chiefs) and our knowledge holders when they speak to you about the crisis in Pacific Salmon,” reads the letter signed by Nuu-chah-nulth Tribal Council President Judith Sayers and Clifford Atleo Sr., chair of the Council of Ha’wiih Forum on Fisheries. “Nuu-chah-nulth have lived in harmony with salmon for thousands of years. The collapse of salmon stocks in recent decades is a challenge that your department cannot address on its own based on scientific knowledge.”

The letter points to the need for collaboration on managing the harvesting of herring, which are a keystone species in the food chain that Pacific salmon survive on.

“For many years now, we have been telling your departmental officials that our herring stocks cannot be fished until they have recovered,” wrote Sayers and Atleo. “Each year in the herring planning process, the possibility of a commercial herring fishery on the west coast of Vancouver Island is put up for consideration. We have told previous DFO ministers and staff, and we are telling you, that our herring stocks are not ready for that.”

As Nuu-chah-nulth nations work on their fishing plans for 2022, below average returns are expected when sockeye salmon reach the west coast of Vancouver Island and the Somass River, according to the DFO’s Preliminary Salmon Outlook.

Chinook are expected to be at a well-below-average, “critical” level in Nootka and Kyuquot sounds, but the DFO forecast is most optimistic for when the large salmon reach coastal areas in the central and southwest of Vancouver Island. Returns are forecast to be near average in the Somass, Burman and Sarita rivers. 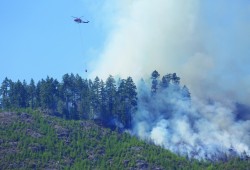 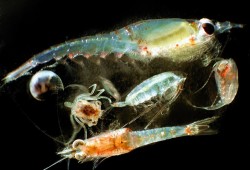 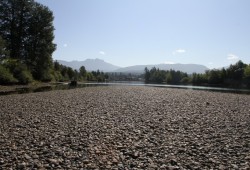