Trades Sampler graduates David Prest (left), Cody Nielsen-Robinson and Mercedes Brown stand with smokehouses they built during the course. The smokehouses are to be reassembled on the Tseshaht First Nation reserve as part of an upcoming Level 1 carpentry course. (Eric Plummer photo)

Back in March of 2020, the onset of the COVID-19 pandemic put Cody Nielsen-Robinson in a tough position.

The 24-year-old’s Level 1 carpentry course was put on hold, with few prospects of progressing his career aspirations amid the new restrictions.

“I really was in a pickle because I couldn’t continue,” recalled Nielsen-Robinson. “They were pushing it through but they were online classes and I couldn’t really learn how to use power tools through Zoom meetings.”

What followed was a long year and a half at home as the young man struggled to secure employment or appropriate schooling to progress his trade.

But an opportunity for change finally arose in October 2021 with a call from the Nuu-chah-nulth Education and Training Program. There were openings in a new Trades Sampler course being offered through North Island College and the Industry Training Authority. As a 15-week introduction to carpentry work - with additional instruction in electrical and plumbing – the course could be seen as a step back for Nielsen-Robinson, who had already started the Level 1 carpentry that the Trades Sampler serves as a prerequisite for.

With the course about to start, he had four days to decide if this was worthwhile path to re-entering the workforce.

“It was very scary, very intimidating. I took a few days to think on it,” said Nielsen-Robinson. “After consulting with friends and family, I decided that it couldn’t hurt. I couldn’t think of it as a waste of time.”

From a storefront location on Port Alberni’s gritty Third Avenue, 10 other Nuu-chah-nulth people undertook the Trades Sampler course, which finished in late February. As many seek to restart their lives in the working world after two years of COVID-19 related restrictions and shutdowns, Ian Caplette spoke to the students about the meaning of perseverance during a graduation event for Trades Sampler students on Feb. 24.

“You faced adversity before you even started, and you persevered,” said Caplette, who is the director of Education, Training and Social Development for the Nuu-chah-nulth Tribal Council. “That is, in essence, how to succeed in life.”

The surrounding community needs a healthy supply of perseverance to ensure Port Alberni residents will have enough homes in the future. After many years of no population growth, the city grew by three per cent over the last five years, increasing to 18,259 residents in the 2021 census. Growth was greater in the Alberni Valley, an area that includes the Tseshaht and Hupacasath First Nation reserves. Last year’s census data for the Alberni Valley shows an increase of 4.5 per cent to a population of 25,786.

This growth has translated into a housing shortage, raising rents and home prices at an accelerated rate. The city’s 2021 Housing Needs Report noted that rental prices have risen 53 per cent since 2015, with lower vacancy rates as people struggle to afford accommodation in a community that is still mostly made up of larger, older houses.

Although Port Alberni’s house prices remain more affordable than most other West Coast cities, the supply shortage appears to be closing this gap. This year the city’s average value of a house set by BC Assessment jumped 47 per cent – more than any other city on Vancouver Island.

Fortunately, more multi-unit developments are underway, including a large 1,500-home project the San Group plans to undertake on Burde Street.

At the Trades Sampler graduation event Tseshaht Chief Councillor Ken Watts mentioned upcoming work in his nation’s community, including the demolition and asbestos abatement of the old Sproat Lake school and the construction of a 50-plus-unit development off of Saiyatchapis Road, just west of the Somass River. The First Nation is currently undertaking a feasibility studies for this project.

“There’s going to be no shortage of work just within Tseshaht,” said Watts.

“As Indigenous communities rebuild and bring people back into their communities, they need homes,” added Haugen. “There is a huge shortage of tradespeople.”

The Trades Sampler graduates have already begun a partnership with the Tseshaht, as a major part of the course was the construction of smokehouses for the First Nation’s community. After a month of apprenticeship work with a local company, building the foundations for these structures will be part of the upcoming Level 1 carpentry course.

“Once that program is done then they go back to the company they apprenticed with and continue on getting their hours,” said Haugen.

He saw the need to build connections with professionals when NIC held similar introductory trades programs in Kyuquot, Gold River and Tla-o-qui-aht communities near Tofino, allowing students to keep a foot in the industry of their choice while they attend school.

After working as a care aid over the last few years, Mercedes Brown is eager to gain a foothold in carpentry.

“I want to stay in the construction part of all of it. That really interests me,” said Mercedes, who looks back on building with her grandfather, Ken Brown. “Health care is just not for me. I kind of grew up doing carpentry with my grandpa.”

David Prest hopes to follow the career path of his father, Joe Prest, who was involved in construction for First Nations across Vancouver Island. David enjoyed building the smokehouses, which can be reassembled when they’re placed on the Tseshaht reserve.

“It was an eye opener. I’ve never really done a trades program before,” he said. “We did some electrical training for light switches, we also did a little bit of piping for the bathroom and the sink…That was pretty cool.” 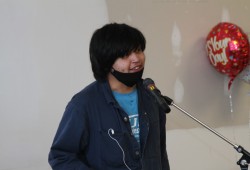 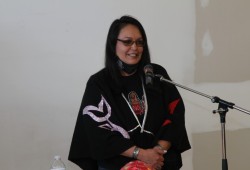 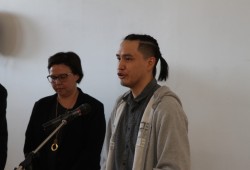 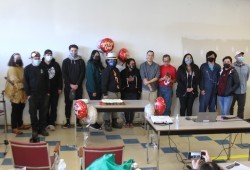 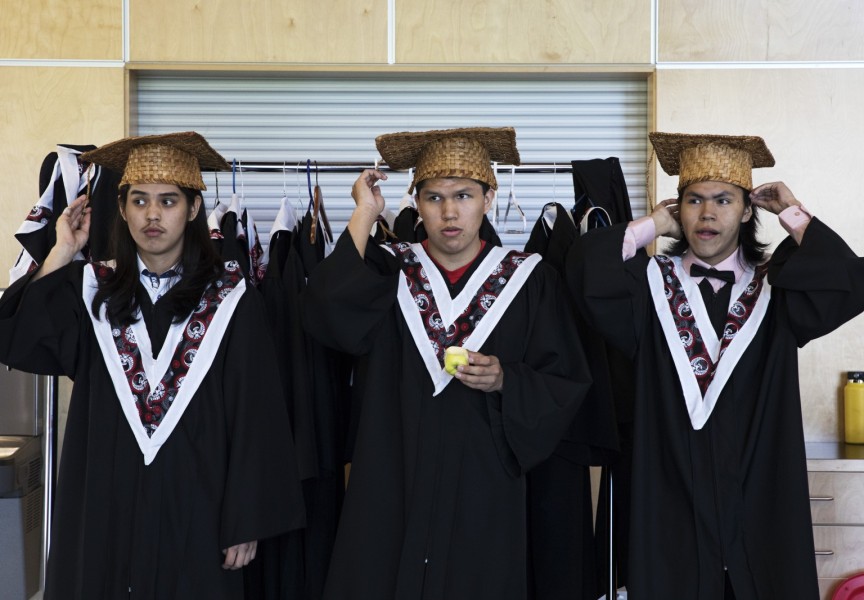 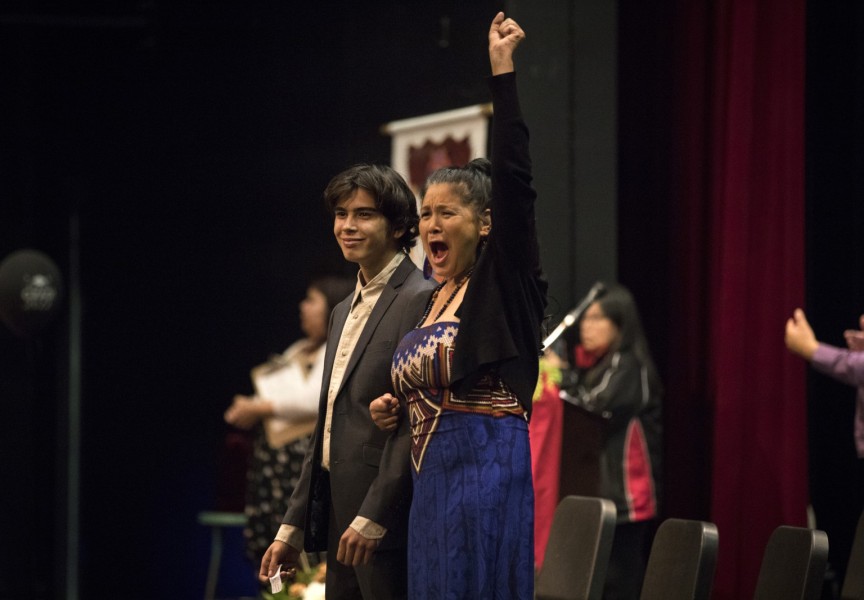 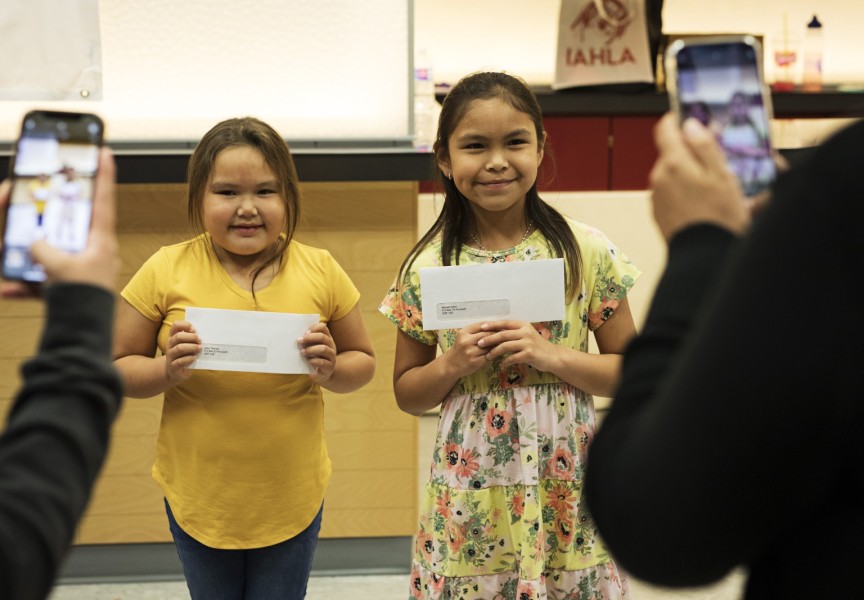 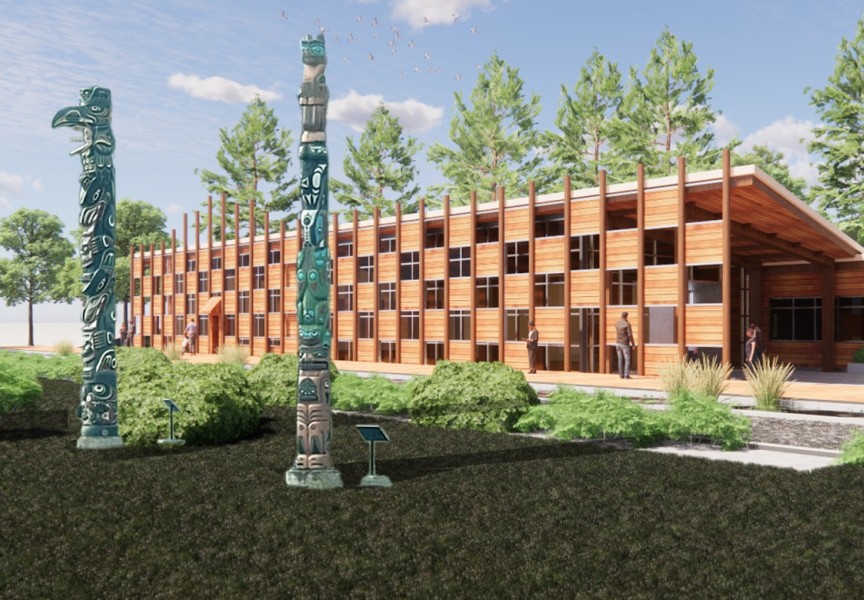