Leon Titian (right) stands with others behind the Safe Injection Site facility in Port Alberni. Despite the highest rate of fatal overdoses, the closest facility is hours away from the Alberni-Clayoquot region. (Denise Titian photos)

Six years after the opioid crisis was declared a public health emergency by the province, the Nuu-chah-nulth Tribal Council is calling for immediate action on Vancouver Island, as families continue to be torn by tragedy at an increasing rate.

With few facilities in the region, the NTC is urging provincial and federal governments to fund a seven-day-a-week “rapid access addiction clinic”, as well as a certified detox centre that works in a “culturally-safe and trauma-informed way”. This support is needed in Nuu-chah-nulth territories on the west side of Vancouver Island, said NTC President Judith Sayers in a statement issued Friday, April 1.

“We say ‘No more deaths’ – we must fix this problem now!” stated Sayers in the press release. “We can’t keep saying this is a crisis, an emergency, if we haven’t taken drastic steps to prevent more deaths. The time to act is now – let’s act together to save lives.”

Since the provincial public health emergency was declared in April 2016, the rate of deaths in B.C. has increased 400 per cent, with fatalities due to illicit drug use surging with the onset of the COVID-19 pandemic. Last year was the most deadly yet: over 2,200 people died due to fatal overdose, a rate of six per day and a 26 per cent increase from 2020.

Indigenous people face a particularly high risk, as the First Nations Health Authority reported a fatality rate 5.3 times that of the rest of the population in 2020.

NTC Vice-President Mariah Charleson noted that an effective response to the opioid crisis was part of the province’s recently released Declaration on the Rights of Indigenous Peoples Action Plan.

“[W]e call on B.C. to prioritize the work in response to the toxic drug crisis that continues to disproportionately impact First Nations peoples, communities and nations with a plan and strategy that includes capacity building, sustained funding and culturally appropriate resources,” she said.

Sheila Malcolmson, B.C.’s minister of Mental Health and Addictions, has pledged “systemic change in our health care system” through expanded access to a prescribed safer supply of drugs, like Suboxone, Methadone or Fentanyl patches.

“We must reduce the fear and shame that leads so many to hide their drug use, avoid services and use deadly drugs alone,” stated a joint press release from Malcomson and Provincial Health Officer Dr. Bonnie Henry. “Addiction is not a choice, it's a health condition.”

For the last month and a half Grace Frank has been helping her adult son, after he returned to Frank’s home in Ty-Histanis. Fortunately, the young man secured a Suboxone prescription from his doctor.

“It’s always a rough go when he first comes home,” said Frank. “I try to make sure that he’s got everything that he needs when he’s dope sick. He’s doing a lot better than five, six weeks ago.”

In past years Frank recalls travelling to Vancouver to look for him in what many consider the illicit drug mecca of Canada’s West Coast.

“When I first started to look for my son I used to be terrified to walk on the Downtown Eastside in Vancouver,” she said. “Going to East Hastings and walking around for hours and hours, you watch all these people shooting up. I witnessed overdoses right in front of me.”

From her experience she has found the critical time to be the few days after someone decides to get clean. There was a lack of support to get Frank’s son through this period.

“They’re struggling with getting on Methadone or on Suboxone, they’re so dope-sick they need a fix again and that’s exactly what’s going on,” she observed. “They want to try, they’re waiting and they end up being dope sick, so they just go right back to it. It’s a pattern.”

On Vancouver Island the local health area that covers Port Alberni and Clayoquot Sound saw 21 deaths by illicit drug use last year, higher than any of the 14 areas within Island Health. Yet the closest detox centre is on the east side of the island, an inaccessibility that has frustrated Frank in her efforts to help her son.

“They expect them to be sober for a certain amount of time before they can take them in,” she said. “I really think that it would be a good thing to have something of our own in our own territory to do our cultural healing. I truly believe in it and I have seen some people who go through our cultural ways of healing, it seems to be working better than sending them off to Vancouver or somewhere.” 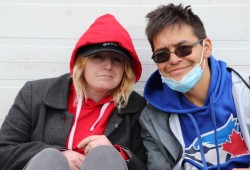 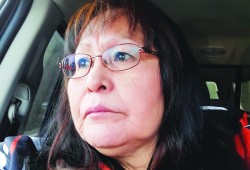