About 40 kilometers down the inlet from Port Alberni a dozen Uchucklesaht members live full-time in the traditional village of Ehthlateese.  (Uchucklesaht Tribe photos)

The Uchucklesaht Tribe Government (UTG) has completed a review of their progress 10 years after the implementation of their treaty and now plan to diversify economic development ventures to better support approximately 300 citizens.

UTG Economic Development Manager David McCormick was hired Nov. 15 to help guide the process. He secured funding from Indigenous Services Canada, which was used to leverage funding from the Island Coastal Economic Trust. On April 28 the nation announced it would develop a five-year plan for community sustainability and prosperity with funding support from ICET’s READY program.

Most Uchucklesaht citizens live within the City of Port Alberni. About 40 kilometers down the inlet a dozen members live full-time in the traditional village of Ehthlateese, where there stands 14 newly constructed homes. Chief Councillor Charlie Cootes said the older homes that were there were all condemned after failing inspection. They were all torn down and replaced. There are plans for more construction, including a longhouse, rental housing and healing centre.

Cootes says that since they’ve signed their treaty 10 years ago, things are moving along much easier. Prior to treaty it would take eight months to more than a year to have funding applications approved through INAC. Today, the nation holds economic development meetings every two weeks, and it is not unusual to get funding approval in one or two meetings.

“We are no longer a nation with lands held in trust by the feds. Now we have fee-simple lands and that gives us better opportunities for economic development planning,” said Cootes.

More citizens would love to return home if there were jobs to sustain them. McCormick says the new economic development plan will explore diversification and sustainability opportunities.

In a media release issued by ICET, they stated that Uchucklesaht’s economic assets are based primarily on fisheries, aquaculture, forestry, residential real estate, and freshwater bottled beverage products. The existing economic development strategy was started 10 years ago, and no longer fully reflects the nation’s current economic state or its business and community interests.

“It set a new standard for residential development in Port Alberni,” said McCormick, adding that its units are fully rented with a waiting list.

With rentals in high demand in Port Alberni, UTG is exploring new investments in real estate. Chief Cootes says their Redford development, formerly Redford Elementary School and now called Nuuci, has been renovated and serves as office space for Nuu-chah-nulth Tribal Council Teechuktl staff. With all offices occupied, the facility also has the former school gym which will be rented out as a gathering space now that pandemic restrictions are lifting.

The Nuuci Building property includes an adjacent field that the nation hopes to develop into residential accommodations in the future. Cootes is proud to say that the Nuuci property won an award from the Vancouver Island Real Estate Board this spring.

UTG are also the proud owners of Thunderbird Water which provides top-shelf premium water to high-end markets. But the COVID-19 pandemic affected the hospitality industry adversely. Cootes said the slow time at the water facility allowed them time to upgrade equipment so that they could fill large orders overseas.

“We now have the capacity and machinery in place to meet demands and now we have two full-time employees plus a manager at the plant,” said Cootes.

Another sustainable economic venture is the recent partnership Uchucklesaht formed with Cascadia Seaweed, which grows kelp at a farm in Alberni Inlet. The harvested kelp is made into food products.

As Uchucklesaht leadership look to the future, they have hired a consultant to analyze their existing businesses and to engage with membership about their ideas for sustainable economic development ideas for the nation.  According to ICET a comprehensive, community-led planning process will examine opportunities in tourism, value-added wood biomass, seafood processing, craft retailing, and rental housing, as well as explore new product lines for existing food and beverage activities, among other prospective opportunities.

“Since the last strategy was developed, a lot has changed: UTG has leveraged its treaty nation status with an economic self-sufficiency mission, its business interests and opportunities have evolved significantly, and so too has the world after two years of the global pandemic," says McCormick. “Throughout, the UTG has demonstrated itself to be extremely resilient, progressive, forward thinking and active in its efforts to grow its income streams.”

ICET was created and funded by the Province of B.C. in 2006. Its mission is to create a more diverse and globally competitive island and coastal economy. Since inception, ICET has approved more than $54 million in funding for over 240 initiatives.

“We are always looking for ways to create revenue for our nation,” said Chief Cootes. “We’re doing so much better – the treaty allows us to make our own decisions when it comes to purchasing (real estate) and leaving our footprint in the valley.” 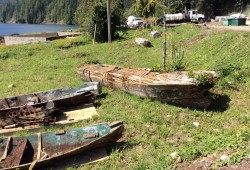 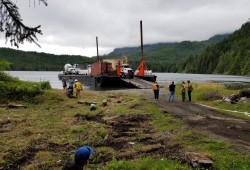