A group of Hesquiaht children in foster care arrived at Usma offices with their caregivers on May 16 for an evening of cultural activities, socializing and dinner. The event, called Connections, was hosted by Usma Nuu-chah-nulth Family and Child Services in Port Alberni. (Denise Titian photo)

A group of Hesquiaht children in foster care arrived at Usma offices with their caregivers for an evening of cultural activities, socializing and dinner. The event, called Connections, took place May 16 in Port Alberni.

Leisa Hassall, a connections worker with Usma Nuu-chah-nulth Family and Child Services, described Connections gatherings as a nation event that will be held for each of the Nuu-chah-nulth First Nations with children in Usma care. This recent gathering was the fifth event since April. Previous events were held for children from Ahousaht, Uchucklesaht, Tseshaht and Huu-ay-aht.

According to Hassall, Connections is about creating a safe and healthy space for children to connect with their culture and their First Nation.

“It is an opportunity for First Nations representatives and communities to connect with their children in care,” she told Ha-Shilth-Sa.

She went on to say that the event begins with a cultural activity chosen by the nation. On this day, Hesquiaht chose drum making, which was led by Usma elder and cultural teacher Geraldine Tom. Other activities have included family mapping and cedar weaving.

“It’s familiar to the kids and it is good to see them proud of where they come from,” said Hassall.

“It’s all about identity,” stressed Hassall, adding that Usma is trying hard to ensure the child knows who they are and where they come from – that they have an awareness of their cultural identity.

Everyone connected to the child in care is allowed to come to the gathering, whether they be the foster parents, biological family, elected and hereditary leaders, grandparents, siblings – anyone connected, said Hassall.

Usma plans to make Connections an annual event, according to Hassall. She said that this type of gathering supports the foundation of work they do with the children, to make sure they know where they come from. In addition to Connections gatherings, Usma has employees that do genealogy, building family trees for children in care.

Usma will be hosting Connections events with northern region nations next. Hassall said the leaders of northern Nuu-chah-nulth nations specified they want their children in urban foster homes to come home for their Connections event.

Hesquiaht Councilor Joy Charleson came to the gathering from her home in Victoria. She thanked the caregivers who provide safe homes for Hesquiaht children, adding that she is very appreciative for what they do. 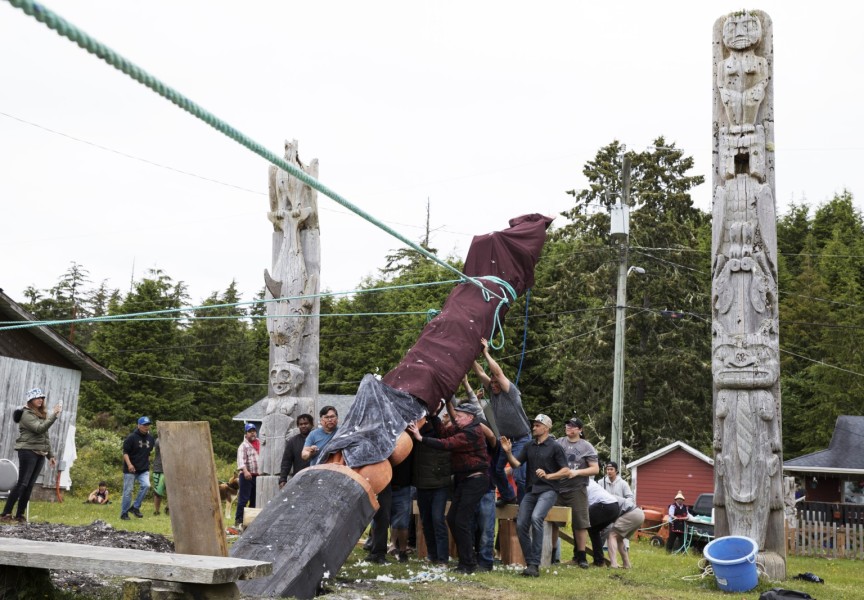