Over 60 high school and post-secondary Nuu-chah-nulth graduates gathered at the Alberni District Secondary on June 11 for the ceremony. (Melissa Renwick photos)

As Wayne David walked across the stage during the Nuu-chah-nulth Tribal Council (NTC) Graduation Ceremony he took a bow. The crowd gathered at the Alberni District Secondary School (ADSS) whistled and cheered for the 58-year-old man who had just graduated with an adult high school diploma.

For David, the accomplishment was a way to show his community he’s “endeavouring to become a better person.”

“It’s a legitimate way to prove that [I’m] serious with [my] education,” he said.

To cope with intergenerational trauma and marginalization David turned to alcohol and drugs.

“It was a learned behaviour,” said the recovering addict. “I’m withdrawing from the belly of the beast – the drug world.”

Throughout David’s recovery journey, he said many people have given him hope that he’s “worth it.”

“They gave me the tools to carry on,” he said.

Art has been a “lifelong endeavour” for David, who grew up drawing images of thunderbirds and killer whales.

“I’ve always been drawn to art,” he said. “I have a few friends that are master carvers – they captivated my imagination.”

He dreams of creating silver jewelry clad in Nuu-chah-nulth designs. Drawn to the mythical creatures found in Tla-o-qui-aht teachings, he said he hopes to share his culture with the rest of the world.

David was among over 60 high school and post-secondary graduates gathered at ADSS in Port Alberni on June 11. Supported by family and friends, the graduates were honoured alongside fellow students from their respective nations.

Kylie-Rae Nelson travelled with her brothers and sister from Nitinaht Lake to attend the ceremony.

Nelson moved in with her siblings at the beginning of the school year after relocating from Bella Coola.

When Nelson’s brother, Devan Chester, noticed his sister wasn’t taking school seriously in Bella Coola he opened up his home in Nitinaht to encourage her studies.

Nelson said she was given more learning opportunities in Nitinaht.

“Friends and family were able to help me take [school] more seriously,” she said.

The avid painter said she hasn’t decided what she wants to do next, but is considering pursuing art.

“When I [paint] scenery I get more connected to the land,” she said. “I’m able to focus and breathe.”

When Thomas is cooking, he said he enters into a flow state.

“Time goes away and the external world goes away – it’s just beautiful,” he said.

The Ahousaht man is preparing to work at the Nimmo Bay Wilderness Resort, where he hopes to build on his experience of working at the Fairmont Chateau Whistler this past winter.

“I really want to keep my foundation learning at the five and four-star level,” he said.

The culinary arts program is like “one big family,” said de Jong.

“When I see students succeeding, I want to be there to support them and witness those transitions,” he said.

In the future, Thomas envisions working with Ahousaht First Nation to create customized diet plans for its members.

By adapting people’s diets, he said he can help alleviate stomach issues and inflammation.

“One day down the line I want to give back to my nation,” he said. “To develop a proper diet for others so they can have more energy and less pain.”

NTC President Judith Sayers acknowledged the graduates as they moved into their next phase of life.

“We need great minds, innovative minds - people who can push our rights, our titles, and know our Indigenous knowledge,” she said. “And go forth into the world in many different ways to fulfill their destiny.

As much as the number of people at the ceremony intimidated Nelson, she said she wanted to attend to “prove that she made it.”

When she thinks about the future, it is bright. 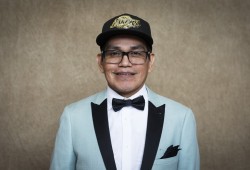 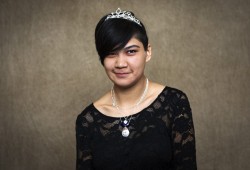 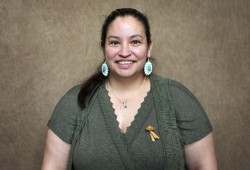 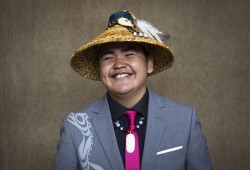 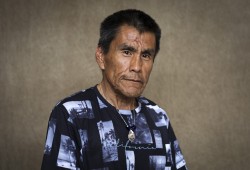