After years of negotiation, the Department of Fisheries and Oceans (DFO), Haida Nation, Nuu-chah-nulth Tribal Council, Pacheedaht First Nation and Quatsino First Nation came to an agreement of principle on the Memorandum of Understanding (MOU) for the proposed marine protected area (MPA).

They are now taking the MOU to their respective leadership for approval. The MOU is being shared with the Council of Ha’wiih, for consideration of approval.

“We were interested, because we really want to make sure that our fishing territories are managed and protected,” said Judith Sayers, Nuu-chah-nulth Tribal Council (NTC) president. “We saw it as an opportunity to do that [and] to take part in environmental protection.”

Sayers said that with this MOU the hope is that the nations and DFO can create a co-management arrangement that represents Haida Nation, Nuu-chah-nulth Tribal Council, Pacheedaht First Nation, Quatsino First Nation, and the DFO.

“We have never been able to do that with DFO to date,” said Sayers.

Sayers said that the parties met for negotiations numerous times, completing a large number of MOU drafts. “This was a long difficult negotiation that, had the Department of Fisheries and Oceans been more open, it would have been a lot easier,” said Sayers.

Sayers said she believes the DFO was more cooperative toward the end of negotiations because they have a strong desire to have this area become an MPA, and the nations were not willing to budge on certain things.

“It is always a compromise on agreements,” said Sayers. “We both got enough out of it that we said ‘yes’ to this draft agreement.”

“We've inserted as strong language as possible, to ensure that we have a say over that area,” said Sayers.

Sayers said that the agreement doesn’t necessarily qualify as co-governance because Nuu-chah-nulth does not have final say, however, she shares, they have “cooperation and collaboration,” making a system where they can work together to protect and regulate the area.

Sayers said that the proposed Marine Protected area does not impact Nuu-chah-nulth rights to use the sea territory. “Our right to use this territory, you know, the sea territory remains intact, nothing can change that,” said Sayers.

In an email to Ha-Shilth-Sa, DFO writes, “Fisheries and Oceans Canada recognizes that this as an opportunity to advance our partnership with First Nations by working together to conserve and protect this unique ecosystem.”

“The MOU would establish a management board with membership from First Nations and DFO to collaboratively manage the proposed MPA,” it reads.

Danielle Burrows, protected area planner with Uu-a-thluk, was also a part of the negotiating team as a support.

Burrows said that it was a priority the Nations had with the MOU had an Indigenous lens. “They always approach things with sort of a siloed, colonial set of attitudes towards reconciliation,” said Burrows. “And our perspective…was sort of to inform the MOU with culture and the language and trying to incorporate UNDRIP, and just hold Canada accountable.”

Most recently, the negotiating team brought two requests to the Council of Ha’wiih. One was for a decision on the MOU, and the other to support dual designation of the area which would be under the authority of Council of Ha’wiih and hold a Nuu-chah-nulth name, said Burrows.

The dual designation of the area would allow the nations to take cultural authority, heighten their responsibility, and is a way to recognize First Nation governance, said Burrows.

There is still a more of a process before this area can be declared a Marine Protected Area, said Sayers. 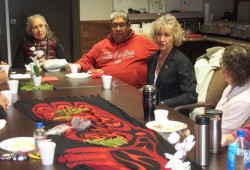 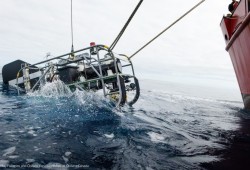 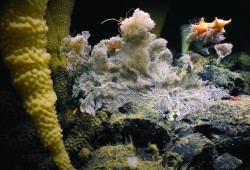