As the 67th Totem approaches on Jan. 5, ADSS and its senior girls team are gearing up to host the province’s oldest basketball tournament. (Photo provided by Jennifer Anderson)

As Alberni District Secondary School gears up for their 67th annual Totem Tournament, set to begin Jan. 5, the senior girl’s basketball team are preparing to make this season the most memorable of their career.

Natalie Clappis of Huu-ay-aht First Nations is a Grade 12 student at ADSS and captain of the senior girl’s basketball team. As Totem approaches, this will be Clappis’ final year playing in the tournament.

This year the ADSS senior girl’s team are going into Totem carrying the winning title from last year.

“I think if we push ourselves and if we have confidence, we can do it again this year,” said Clappis.

With crowds of over 500, Clappis said that the support and energy that the community brings to the tournament is her favorite part of participating in Totem.

“I think having the whole school and the community come out and cheer for you,” said Clappis, “the intensity of everything and the environment… it's just loud and it's encouraging. And I think that's my favorite part.”

Clappis is looking forward to bringing her team into the tournament, especially with the girls that are playing in their first Totem, and for the support they will give each other throughout their games.

Brandi Lucas of Hesquiaht First Nation is a Grade 12 student at ADSS and plays point guard on the senior girl’s basketball team.

Lucas’ favorite part of playing basketball is building connection with the team.

“It's fun and all playing actual basketball. But when you play with a good team and good teammates, who make it fun [and] who make it worth going, I think that's the best part,” said Lucas.

Lucas said she feels both nervous and excited with the approaching the Totem tournament.

“Last year we did so well. But this is a new year and I think we can do better,” she said.

For both Lucas and Clappis, among other seniors, this will be their final year playing in the Totem tournament.

“With just this last year I think all of us seniors are just wanting to have fun,” said Lucas. “We just want to have fun and do well this season.”

Steve Sperger, coach of the ADSS senior girl’s basketball team, said that the process leading up to Totem has been about becoming whole as a team. This is Sperger’s first year as coach of the ADSS senior girls, and since the beginning of their time together, they have focused on getting to know each other and learning how to work together for the upcoming season, said Sperger.

Sperger is also excited about the ADSS and broader community cheering for the senior girls in the tournament.

“Totem tournament is such a big event, and this means so much to everyone here,” said Sperger. “For me as the coach, I want to give the girls every opportunity to shine and show who they are and present themselves in front of their community.”

“I think it's really exciting, and we got to make the best of it…for mine, and other senior’s last year,” said Clappis. 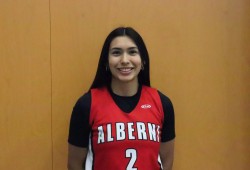 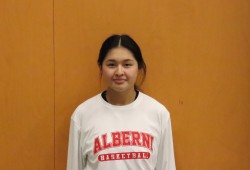 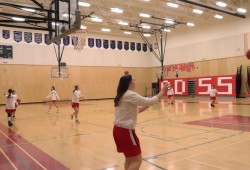