The Zeballos Inlet and River are in the heart of Ehattesaht Ha-Hahoulthee, bringing concerns from the First Nation that recent mineral exploration could compromise its territory. (Eric Plummer photo)

In what is considered the first legal test of B.C.’s Declaration on the Rights of Indigenous People’s Act, the Ehattesaht/Chinehkint and Gitxaala First Nations are challenging the province’s system of granting mineral claims.

DRIPA was passed by the province in November 2019, legislation that tasks British Columbia to align its laws with the United Nations Declaration on the Rights of Indigenous Peoples (UNDRIP). The tenet of “free, prior and informed consent” to use or profit from Indigenous territory is an integral part of the historic legislation, but over the following three years mineral claims continued to be granted under the provincial regulatory system without any consultation to local First Nations, according to separate petitions filed to the B.C. Supreme Court in by the Ehattesaht and Gitxaala in late 2022.

B.C.’s Mineral Tenure Act currently allows claims for specific areas through an online registration system and payment of a nominal fee. Consulting with or informing First Nations who call these areas home is not required as part of this regulatory process – an omission that the Ehattesaht claim violates the province’s duty to consult under Canada’s 1982 Constitution Act and B.C.’s Constitution Act (DRIPA) from 2019.

The Ehattesaht assert that mineral legislation and regulations are “constitutionally inapplicable” without consulting the First Nation before exploring and mining in its territory.

“UNDRIP reinforces the Indigenous and Aboriginal rights and title of Ehattesaht, including the rights of ownership, use and benefit or resources and territory and the need for free, prior and informed consent to resource use in Indigenous territory,” states the petition by the First Nation’s legal counsel.

According to documents filed to the B.C. Supreme Court, the First Nation’s concerns go back to 2018, when exploratory mining took place in its territory under a registered mineral title granted to Forest Crystals, which undertook some digging to target certain crystals.

“Ehattesaht objected to the impact of Forest Crystals’ activity in the territory,” stated the First Nation’s petition. “At a point, the physical works being carried out by Forest Crystals exceeded that which they were authorized to do without another exploratory permit.”

In May 2021 the Ehattesaht proposed that the province develop an agreement with the First Nation under the new Declaration Act, but no deal was made. Now the First Nation seeks a judicial review of how mineral claims are issued.

Kasari Govender, B.C.’s human rights commissioner, has been granted the task of intervening to help inform the case.

“A key part of my mandate is to promote compliance with international human rights law in B.C., including UNDRIP,” said Govender in a press release. “I believe this litigation is critical to that mandate and to the future of human rights – and specifically Indigenous rights – in this province.”

In its response to the First Nation’s petition, the province stated that the online system for registering mineral claims does not bring an obligation to consult First Nations. The “Declaration Act provides a process aimed at achieving consistency of the laws of British Columbia with the UN Declaration,” but it does not “give independent legal force to the articles of the UN Declaration,” states the province’s submission to the court.

Potential for a mining resurgence

From January 2020 until April 2022 a total of 32 mineral claims were registered in Ehattesaht territory, issued to GMR Global Mineral Resources Corporation, Almehri Mining and Privateer Gold, companies that are listed as respondents in the case.

Privateer Gold is currently advertising a resurgence of mining potential in the areas around Zeballos, which is in Ehattesaht territory and right next the First Nation’s main village of Ehatis.

“Since the Zeballos gold mines closed, no single party has consolidated the Zeballos claims and applied modern exploration technology to determine the extent of the gold quartz vein systems,” states the company’s website. “Privateer Gold has now established the basis for district-level gold quartz vein systems that extend far beyond the gold veins mined 70 years ago. The timing for this new find could not be better.”

Currently bearing the slogan the “Golden Gate to the West Coast”, the Village of Zeballos was established on the lucrative potential of its surrounding gold reserves. According to information published by the village, an “instant” town was built in 1938, after prospectors discovered reserves in the nearby hills earlier in the decade. At the time there were no roads or railway lines into the area, leaving prospectors and miners to rely on steamers and boats to transport minerals down the coast.

“In the beginning, the miners carried sacks of ore out on their backs down the narrow, slippery trails, through the mud and windfalls of Zeballos River,” stated the village on its website. “From there ore was transported downstream in a flat bottom boat to the mouth of the river where it was again backpacked over land to the beach.”

The Zeballos Gold Camp encompassed several small mines, but the need for personnel and supplies during the Second World War slowed activity.

“When the war came in 1939, many of miners left to fight in the armed forces and the mines began to close,” reads the site. “By 1942 they were all shut down.”

Over the following years the price of gold wasn’t enough to make mining near Zeballos profitable. The village’s records state that attempts were made at gold mining operations in the 1970s and ‘80s, but these didn’t last. Besides gold, an iron mine operated from 1962-69.

The caretaker of crystals

But this in only one part of the history of mineral exploration and use in the area. Besides the traditional hunting, trapping, fishing, harvesting and trading in its territory, the Ehattesaht had cultural uses for quartz crystals “which hold a great spiritual significance to Ehattesaht people,” according to the First Nation’s court documents.

The First Nation identifies its traditional territory, or Ha-Hahoulthee, being the area between Kyuquot Channel and Mozino Point on the west coast of Vancouver Island. The Ha-Hahoulthee encompasses land, water, air and resources in the area, but also ownership, governance and stewardship responsibilities held by Ehattesaht Ha’wiih “for the benefit of members, current and future”, according to the petition.

The filing states that for many years the First Nation has witnessed the exploitation of resources in its Ha-Hahoulthee “without Ehattesaht’s consent and without recognition of Ehattesaht’s prior use and ownership.”

“Individually and cumulatively, resource development activities negatively affect the environment and animals on which Ehattesaht rely for the exercise of their Aboriginal rights,” continues the petition. “Gold mining is closely associated with the presence of quartz. Crystals are of central cultural and spiritual significance to Ehattesaht; and, according to their cultural and legal system, Ehattesaht are the caretakers of crystals in the Ha-Hahoulthee.” 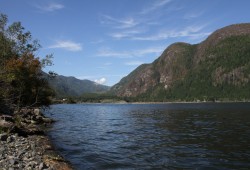 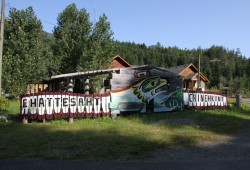 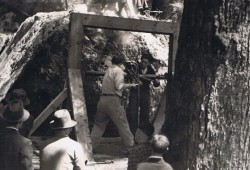 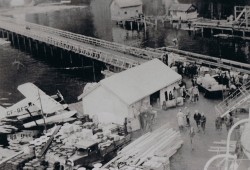