As Celeste Haldane made her way to the First Nations Summit meeting on March 2, little did she know that her life’s path was going to take an exciting turn.

The manager of the Nuu-chah-nulth Treaty Table was approached by someone who asked if she had ever considered making a run for one of the two Summit commissioner positions with the BC Treaty Commission.

Elections for these positions were on the Summit's agenda, and Haldane, a lawyer by trade, responded that she was always open to the opportunities that came her way.

Then came a phone call from an old friend and colleague.

At that point Haldane just couldn’t ignore destiny’s call. The time was right, it seemed, to have her name put forward, and she soon determined that the support for her was in the room.

After consultation with the Nuu-chah-nulth delegation, and guidance and encouragement from her Musqueam community, Haldane was prepared to accept the nomination from Mowachaht/Muchalaht Tyee Ha’wilth Mike Maquinna when it was made.

Chief Dalton Silver of Sumas was the seconder. Haldane didn’t know it at the time, but she and Silver were related through her Sto:lo roots on the Sparrow side of her family tree. Haldane’s late great-grandparents were Edward Sparrow Sr. and Rose Sparrow.

When nominations closed that morning there were five candidates up for consideration, including the two incumbent commissioners, Shana Manson and Robert Phillips. Haldane, Bill Wilson and Debbie Miller filled out the slate.

An all-candidates forum was held that afternoon and Haldane’s supporters worked diligently to secure votes and the next day handed out campaign materials.

By the next morning, all that was left to do was to wait until the first round of voting was completed to learn Haldane’s fate.

And fate it was, because she won her position on the first ballot with 44 votes to the 34 votes each earned by incumbents Phillips and Manson. Wilson received 28 votes. Debbie Miller received 10 and was automatically dropped from the next ballot.

A second and third ballot was necessary to finally re-elect Phillips of the Northern Shuswap First Nation of Canim Lake to the post.

“I was very excited…elated,” said Haldane about her win. She said she was proud to be nominated and grateful for the support from the Nuu-chah-nulth delegation, her Musqueam family and her many supporters around the room.

“And my mom is proud,” she laughed.

So what was it about Haldane’s resume that put her over the top of some very strong competition? Haldane credits her experience at the treaty table and her education for her impressive showing.

Haldane was called to the BC Bar in 2005. She is poised to complete a Masters in Constitutional Law from Osgoode Hall Law School, and plans to pursue a PhD.

She has been at the treaty table for the past five years, and has not only been toiling locally for Nuu-chah-nulth treaty table members, but has been around the Chief Negotiators’ Table and at the Common Table as well.

Celeste will bring a broad range of unique experiences to this new position, said NTC Executive Director Florence Wylie. Haldane has worked with six diverse Nuu-chah-nulth nations at the table. She not only understands the challenges faced by the more urban peoples, she can also credibly advance the issues and concerns faced by the remote and isolated First Nations with both provincial and federal treaty representatives.

Haldane’s roots are in the Musqueam nation, which is surrounded by the burgeoning cities of the greater Vancouver area. She’s also done a lot with the fly-in communities of the Nuu-chah-nulth, which struggle with connectivity and isolation issues.

“I’ve taken time to go into the communities and to listen to what their community needs are,” Haldane said.

Haldane’s background in law was also considered a huge asset by the Summit voters.

The Nuu-chah-nulth table has had the benefit of that legal experience and background, said Wylie, which has proven to be a real asset. Unfortunately, the commission’s gain is the Nuu-chah-nulth Treaty Table’s loss.

Haldane said she had been hearing a lot of discussion about a number of areas of treaty that were being hampered, and she believes her experience will be helpful to the organization.

Her campaign literature perhaps said it best. In it Haldane recognizes that new ideas and creative solutions were going to be necessary to advance the BC Treaty Process.

“I know that a square peg does not fit into a round hole and that governments must change their approach to the BC Treaty Process—to your process, driven by you.”

Chief Commissioner Sophie Pierre praised the work of outgoing commissioner Manson saying she had a good grasp of the issues in treaty negotiations.

“We are fortunate that Celeste has a similar understanding of the issues and a legal background, which will ensure a seamless transition.”

Haldane begins her two-year term on March 15, and is currently transitioning out of her job with the Nuu-chah-nulth Tribal Council, which will be concluded on March 31. A treaty meeting is scheduled for March 14 to strategize a short- and long-term path forward.

The treaty department will continue to exist, assured Wylie.

“I’m very excited for her. I believe she will do well in her new role,” Wylie said, adding that Haldane will bring the same level of integrity and professionalism to the commission that the NTC Treaty Table has come to know and appreciate from her over the last five years.

“I’m excited to move forward, but sad to leave where I am,” Haldane said.

She is grateful to the Nuu-chah-nulth for their support, and says “hay ce:p q'a” to the Musqueam community and her family there.

She is extremely grateful to the Summit delegation that supported her in her election efforts.

"I raise my hands to all of those who helped me those two days."

And a big thank you goes out to her supportive husband Conrad, and her three children.

“I couldn’t do it without them,” Haldane said. “In all honesty, it’s for them. When I look at my children, that’s our future.” 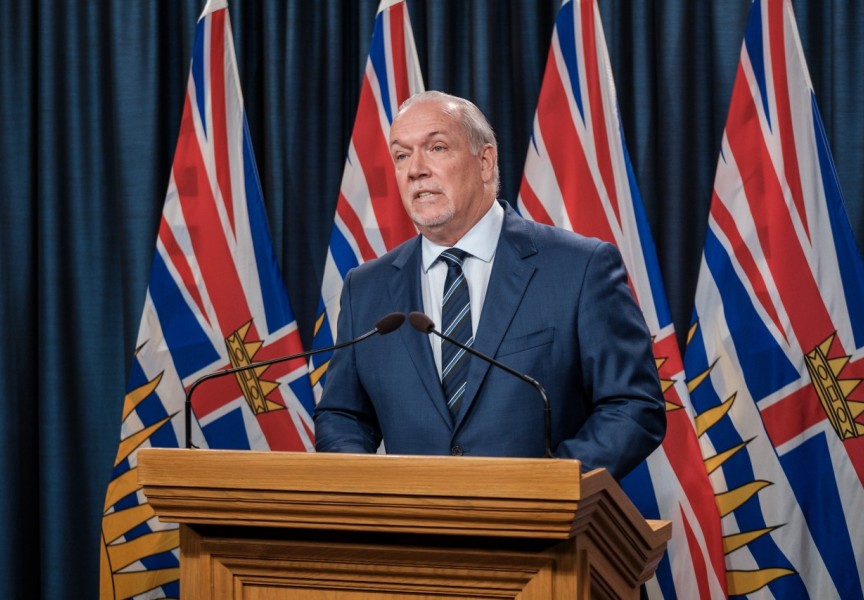