Guy Lapointe and Matti Cootes became foster parents to a friend of their 14-year-old daughter. They were among several foster parents recognized at the Port Alberni Golf Club on Oct. 26. (Shayne Morrow)

On Oct. 26, Usma and the Ministry of Children and Family Development held their annual Caregiver Appreciation lunch at Alberni Golf Club.

The joint event attracted both Nuu-chah-nulth and non-indigenous caregivers. Of 165 foster homes in the region, 107 are Nuu-chah-nulth, according to Usma Resource Team Leader Julia Hunter.

When all of the guests were seated, Hunter opened by acknowledging the passing of two long-time caregivers, Fred Adams and Ella Dempsey, "Both amazing caregivers. They will be missed by so many."

Hunter quipped that, last year, her speech did not go over so well, so this year, she would offer a pair of poems, beginning with a tribute, Ode to a Caregiver.

Her second offering was a little more "Dr. Seuss-ish," as she described it.

"There is fun to be done; there is glue in my shoe. I don't think I like beets, and I have to go poo," she began, to a chorus of chuckles.

October was Foster Appreciation Month, which provides an opportunity for recruitment, through information and/or training sessions.

"One of the things I'd like to put out there is that we need more homes. We always need more homes," Thompson-Reid said. "One thing I have been feeling proud of is that we are finding more homes on reserve and in the communities, where the children belong. I think Ahousaht has really stepped up, for example – opening up homes, having more children placed with families, so they don't have to leave their communities."

Another goal is to increase the number of "host" homes, where children who are in care outside of the community can come to visit (with their caregivers, if desired), to maintain their connection with their community.

"The host home can introduce them to family, to culture, and to show them around the community," Thompson-Reid explained.

She encourages First Nations people to come forward, to learn about fostering.

"Any Resource Social Worker – even if it's just questions."

Tamara Cebuliak is with the MCFD Resource Team.

"Today, we have close to 50 foster parents," Cebuliak said.

Some of those caregivers are couples, while some are single, she explained, so technically, it is the number of care homes represented. "We're looking at about 25 homes."

On Oct. 26, the majority of the caregivers represented were from Port Alberni.

Cebuliak said there’s a number of ways to become a foster parent.

"You can apply online. Or you can come and see our resource worker either at USMA or at MCFD. Questionnaires, criminal record checks to be completed. There's quite a bit of paperwork."

What are they looking for?

Usma has a contingent of social workers that travel to the different communities in the Nuu-chah-nulth nations. In some cases, MCFD (non-indigenous) families take in Nuu-chah-nulth children on a temporary basis.

Ina Seitcher, a member of Tla-o-qui-aht First Nation, has been fostering for over 20 years.

"I did take a break between children, but I came back two years ago," Seitcher said.

Seitcher said she was actually recruited by her sister, who was a director of Usma.

"She told me there was a shortage of foster parents – especially First Nations people. And I decided I would try it," she said.

Most of her foster children have been Nuu-chah-nulth, Seitcher said, adding that she has always placed an emphasis on providing access to culture.

"That, and knowing who their family is," she said.

All told, Seitcher said she has fostered ("about") 10 children. "And I do respite for three more," she added.

Respite providers give foster parents a bit of a break, when required, she explained.

Camille Hamel is a member of Tseshaht First Nation. She and her partner, Leon Hamel, became foster parents rather unexpectedly.

"We got involved through the Family Support Worker for Tseshaht, Gail Peterson Gus," Camille said. "She said she needed a home for a set of twins, that would lead to a 'permanency' home."

Leon interjected that he and Camille hadn't actually made contact with Gus to discuss fostering.

"No. We weren't looking. It just sort of fell in our lap," Camille said.

"We went to the band for another reason. And Gail convinced us to 'come in for a talk,'" Leon chuckled. "And here we are as foster parents."

The preparation process lasted four months, and the twins arrived on Feb. 29, 2016.

Both agree that the experience has been "great."

"We went from zero to two kids in four months. And now we're at four kids," Camille said. "The twins are two, and we have a two-year-old girl and a one-year-old boy."

The second pair are siblings. The twins are Tseshaht, but the Hamels are unsure of which Nuu-chah-nulth nation the boy and girl hail from.

While Camille works full time, "Monday-to-Friday, 9-to-5," Leon takes care of the bulk of the daytime care.

"I'm a stay-at-home dad," he said. "It's worked out well. I was recovering for a while. I discovered I had diabetes, and I was sick for a little while. So I decided to take this on as the new job."

Leon noted that it is important for people recovering from illness to be able to find meaningful work.

"This just fell into my lap, and it is definitely meaningful," he said. "It's the best job I ever had."

Camille said she and her partner place a priority on making sure their foster children are connected to their Nuu-chah-nulth heritage.

"They get tons of culture," she said, "They get it at home and at daycare."

"I was a foster child growing up. So fostering was something I wanted to look into," Matti said. "I was raised in a really good foster home. I was raised in Port Alberni, in the same foster home for 17 years."

Matti added a shout-out to her foster parents, Connie and Barry Young.

Cootes and Laplante have three children of their own, aged six, 14 and 17.Their foster daughter is 14.

The couple did not approach fostering as the result of recruitment, Patti explained.

"She was a friend of our daughter's, so we decided to help her," she said.

"Matti was in foster care, and she wanted to help out," Guy said. "This was an opportunity to help out one of her daughter's friends, so we did the steps that we needed to do to have her in our home permanently."

"She felt safe in our place, and she just kept coming back," Matti said.

"I was already a stay-at-home Mom, so this just seemed like the right thing to do," Matti said.

While the issue of foster children "aging out of the system" at 19 has become a hot political topic of late, Guy said it is a non-issue in their family.

"She is our daughter. She can stay with us as long as she likes," he said.

For non-indigenous families who are fostering Nuu-chah-nulth children, Usma has created a Cultural Wellness team, according to Thompson-Reid.

"We have three members who sit on that team. They're the ones that work with the children. They have children's groups, as well as cultural learning days for foster parents. A lot of non-native foster parents go to that," she noted.

"We usually have a topic. It's an hour session. The topic may be traditional food, history of the residential schools, alcohol and drugs – whatever topic you may need. Like, what is a potlatch? What does it consist of? The things the average [non-indigenous] person doesn't know.

"So every foster parent has a learning plan. Every year, a resource worker will go over the learning plan, and usually, what we have in that learning plan is something cultural. And we're really making it mandatory that the non-native caregivers start learning more cultural components."

That means taking those children to cultural events such as potlatches, or programs at the Friendship Centre, in order to stay connected to their culture. Thompson-Reid said there is a growing capacity to teach language, and it is becoming an integral part of the program.

"We have cultural plans that are incorporated into every child's care plan that is in care."

Usma and MCFD scheduled another Caregiver Appreciation event this month in Ahousaht. 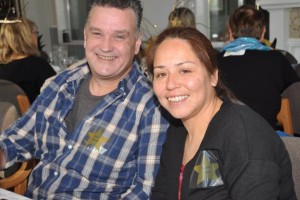 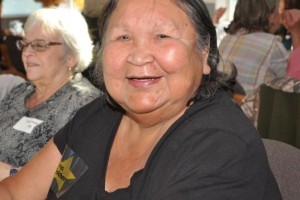 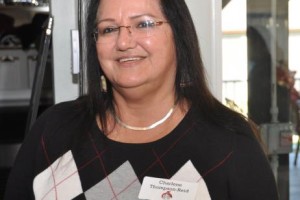