Legislation is being considered in Victoria that would change the name of a provincial park at the northern edge of Nuu-chah-nulth territories, and add land to another on the southern edge of Vancouver Island.

Amendments to two acts propose alterations to B.C.’s parks and protected areas, including Brooks Peninsula Provincial Park in the territories of the Ka:'yu:'k't'h'/Che:k'tles7et'h' and Quatsino First Nations. If the legislation passes, the nearly 40,000 hectares of protected area would formally become the Mquqwin/Brooks Peninsula Park in recognition of the site’s Indigenous heritage. An agreement for the name change was made between the province and the First Nations in 2009, but his has yet to formally pass through the B.C. legislature. Pronounced “Mook-Queen,” Mquqwin means “The Queen” in Nuu-chah-nulth.

At the request of their local First Nations, other provincial parks are also set for name changes, including Boya Lake Park near the Alaskan border and Roderick Haig-Brown Park near the Shuswap.

“The renaming of these parks to traditional Indigenous names, as rooted in history, reflect the significant heritage values recognized by all British Columbians and beyond,” said George Heyman, Minister of Environment and Climate Change Strategy, in a statement released on May 7.

Mquqwin park is the traditional hunting and fishing grounds of the Che:k'tles7et'h' peoples, who have the most northern territory of any Nuu-chah-nulth tribe. During past generations this land was a highly valued source of subsistence, and Battle Bay on the southern side of the park is named after historic warfare for control of the area. The isolated peninsula was the only part of Vancouver Island unaffected by the last ice age, according to B.C. Parks.

The pending legislation also pledges to add land to a number of B.C. parks, including a five-hectare increase to the Juan de Fuca Park in southwestern Vancouver Island. This addition is the result of land purchases by the B.C. Ministry of Indigenous Affairs and Reconciliation. The land acquisitions resulted from treaty negotiations between Canada, the provincial government and the Pacheedaht First Nation, whose territory includes the Juan de Fuca Park.

In a May 7 press release, the Ministry of Environment stated that the land was purchased after issues occurred along a west coast hiking route.

“These lands have been the subject of historic trespass issues along the Juan de Fuca trail,” stated the ministry.

As the result of another land purchase by the province from the Nature Conservancy of Canada, another 3.7 hectares are proposed to be added to the Cowichan River Park in southern Vancouver Island. 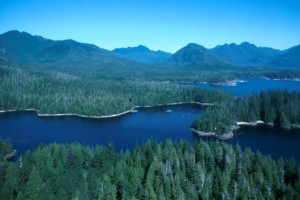 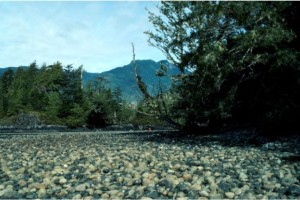