In September representatives from T’aaq-wiihak fisheries ventured to the territory of the Mi’gmaq of Listiguj in Quebec in the spirit of their shared need to exercise Aboriginal fishing rights. (Brian Martin photos)

Nearly a decade since the Supreme Court of Canada ruled in favour of five Nuu-chah-nulth nations’ right to harvest and sell fish from their territories, the issue remains unresolved in court, with an appeal set for February. Today the B.C. Court of Appeal announced the intervenors whose input will be heard in the next stage of the legal process, representing unique perspectives from First Nations and seafood industries across Canada.

In the justification ruling on the issue, B.C. Supreme Court Justice Mary Humphries defined the scope of the Nuu-chah-nulth Aboriginal right with a judgement announced April 19. The five nations tied to the court case - Ahousaht, Tla-o-qui-aht, Hesquiaht, Ehattesaht/Chinehkint, and Mowachaht/Muchalaht – are concerned Humphries erred in her judgement as it applies to their T’aaq-wiihak fisheries. A key point in the appeal is Humphries’ restriction of the Aboriginal right to “a small-scale, artisanal, local, multi-species fishery, to be conducted within a nine-mile strip from shore.”

The Nuu-chah-nulth nations’ lead negotiators believe this could prevent their communities from pursuing a livelihood in their territorial waters.

“What we want is to really secure a way of life,” said Ahousaht negotiator Cliff Atleo during a Council of Ha’wiih Forum on Fisheries in October.

This concern has spread 5,600 kilometres east of Vancouver Island to the Territory of the Mi’gmaq of Listuguj, which stretches through Quebec’s Gaspe Peninsula, into New Brunswick and Maine. The Mi’gmaq of Listuguj have been named as intervenors to help to inform the upcoming appeal, based on their challenges in exercising commercial fishing rights that were upheld by the Supreme Court of Canada in 1999.

“It will offer the court a unique and useful point of view: the perspective of a First Nation whose constitutional right to fish commercially has been recognized for nearly 20 years but who still struggles to fully exercise this right as a result of the same policies Canada has applied with the appellants,” stated B.C. Court of Appeal Justice Barbara Fisher in her reasoning for the intervenors. “I also agree that Listuguj can offer insight on lessons learned and pitfalls to be avoided in the pursuit of reconciliation.”

“We’re really thrilled that the nations were able to secure such a broad-base of friendly First Nations intervenors,” said T’aaq-wiihak fisheries manager Saul Milne. “My hope is that will balance some of what we saw in the justification, which was an overemphasis on unfriendly intervenors.”

The court has also agreed to hear from three applicants representing the interests of commercial fisheries: the Pacific Prawn Fishermen’s Association, the Canadian Sablefish Association and the BC Seafood Alliance.

As the representative of groups that harvest almost $1 billion worth of the province’s seafood annually, the BC Seafood Alliance has intervened in appeals affecting the court case since 2011.

“There’s a concern over the uncertainty as to what reconciliation in practice is going to mean,” said Executive Director Christina Burridge. “We certainly don’t see ourselves as adversaries of reconciliation at all, we think it’s an imperative for Canada. We understand that fisheries will be part of that, but the uncertainty is over what that means in practical terms – both for conservation and people’s livelihoods.”

Burridge also noted that the justification ruling from April specified that, as a government department, Fisheries and Oceans Canada is in a conflict of interest to represent both First Nations and the seafood industry.

“It has a fiduciary responsibility to First Nations, which means that it’s very difficult for them to represent the interest of third parties as well,” she said. “Our task is to bring to the court’s attention the perspective of the public fisheries, because DFO cannot do that.”

While the six intervenors being heard in support of the Nuu-chah-nulth nations can each file factum documents, the three industry applicants are being limited to one due to “common positions,” according to Justice Fisher. This means that the BC Seafood Alliance, the Pacific Prawn Fishermen’s Association and the Canadian Sablefish Association must agree on one factum with a maximum of 15 pages to submit to the court by Dec. 14. 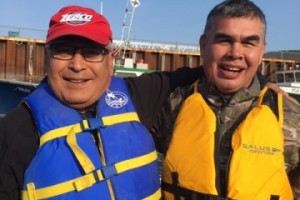 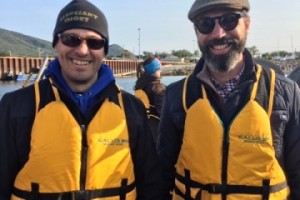 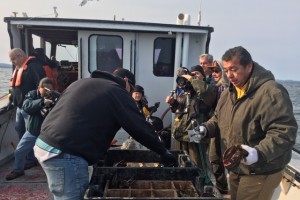 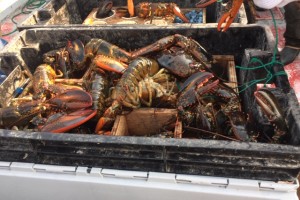