Harm reduction outreach worker Michael McCarthy, right, leads Gail K. Gus and others through a ceremony at Long Lake in Nanaimo on Jan. 31. Last week a group of front-line workers from a variety of Nuu-chah-nulth nations completed training to deal with addictions in their communties. (Eric Plummer photos)

When a person stands next to a river or the ocean, their heartbeat changes to more closely align with the natural ebbs and flows of the water.

“When we go to the water, we naturally attune to the cycle of the waves,” explained Michael McCarthy, referencing how a parallel phenomenon occurs before birth. “When we’re in utero, we naturally start to attune to our mother’s heartbeat.”

This is one version of the harm reduction outreach worker’s explanation for the value of tuning into the natural world while learning how to help other with addiction. His other explanation describes the empowering and grounding experience a Nuu-chah-nulth person can find by drawing upon ancestral ties to their territory.

“When we show our masks, when we sing our songs, when we use our rattle we are collapsing time and invoking the ancestors to join us,” said McCarthy.

In the final stage of a three-week intensive harm reduction course through the Nuu-chah-nulth Tribal Council’s Teechuktl Mental Health department, McCarthy took his students to the shore of Long Lake in Nanaimo to once again attune to the inherent wisdom in the water. Running over three separate sessions from November to late January, this training is aimed to prepare representatives from each of the NTC’s 14 member nations to deal with addictions issues in their respective communities.

Across the province drug addiction has gripped B.C. in an escalating crisis – largely due to the lethal presence of the opioid fentanyl in illicit street purchases. The B.C. Coroners Services’ most recent statistics show an eight per cent increase in suspected drug overdose deaths in December compared to the same month in 2017 – amounting to an average of four per day. This wave of tragedies has continued since 2014, over which period suspected overdose deaths rose from under 400 to almost 1,500 in 2018, far surpassing suicides, motor vehicle incidents and homicides as the leading cause of unnatural death in British Columbia. Eighty per cent of the suspected overdose victims were men.

“The illicit drug supply is unpredictable and unmanageable, and fentanyl is now implicated in 86 per cent of overdose deaths,” stated Chief Coroner Lisa Lapointe in a Feb. 7 release. “Innovative and evidence-based approaches are necessary if we want to effect meaningful change and stop the dying. We need to be prepared to do things differently to save lives.”

Gail K. Gus has seen the prevalence of drug addiction spread in her community during her 20 years of working for the Tseshaht First Nation.

“We’ve just lost somebody that was a beautiful soul,” said Gus, who serves as the First Nation’s crisis care and wellness coordinator. “There’s some people I know that have never used alone that died. It scares me.”

To better equip Nuu-chah-nulth communities for overdose emergencies the harm reduction training included lessons in administering life-saving Naloxone injections – but the education focused on the value of building relationships with clients through traditional cultural practices.

Natalie Ocean, another harm reduction outreach worker with Teechuktl, said this is fundamental to the harm reduction approach to addictions treatment.

“Instead of an abstinence approach to recovery or addiction, it’s meeting the person where they’re at on their journey,” she said. “This is more effective because shame is a big component in those that are in recovery. Saying, ‘If you’re not ready, I can’t help you,’ is basically telling them that they’re not good enough to be helped.”

“I don’t want people to come from that place of shame; I want us to be able to hold each other up,” added Gus. “The answer that a lot of our people have is we need to kick them off the reserve, we need to get them away. That’s your son, your granddaughter, and lot of the people who have healed sometimes forget that they were those people too. We’re where we are because of the traumas in our life and we deal with them in many different ways.”

Across the river from the Tseshaht reserve lies Port Alberni, a small city that has faced more than its fair share of issues tied to the opioid crisis. Sudden increases in overdoses prompted Island Health to issue two advisories in 2018. Those working on the front lines of the crisis say a hit of crack costs as little as $5.

In May 2017 a supervised injection site opened at 3699 3rd Avenue, and since that time has seen over 21,000 client visits, averaging more than 35 a day during the facility’s operating hours of 8 a.m.-4 p.m. This activity has sparked concerns from neighbours and local businesses, but on Feb. 4 Island Health announced the renewal of its contract with the safe injection site’s operator, the Port Alberni Shelter Society, noting that congregation in and around the site will be discouraged.

As has been the case in safe injection sites across B.C., no overdose deaths have occurred at the Port Alberni location.

With the exception of two to three suspected overdoses in Ucluelet last year, Ocean has seen the overdose crisis mostly affect those living in Port Alberni, Nanaimo and Victoria.

“It’s really big in urban settings,”’ she said. “In a lot of the remote, remote [communities], fortunately it hasn’t come yet.”

“I always think that this opioid crisis is a men’s health crisis too,” he said. “When we have someone from a tiny little community in the middle of nowhere who’s suffering because they can’t put food on the table, they don’t want to go to a health clinic to get their blood sugar tested, they’re more worried about how they’re going to put food on the table tonight.” 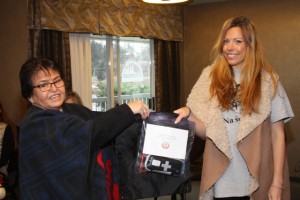 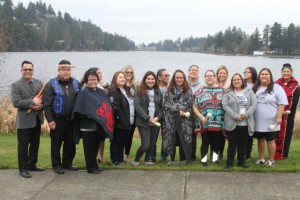