Part of the Nuchatlaht’s claim to the B.C. Supreme Court is an injunction for Western Forest Products to stop logging the north section of Nootka Island. Pictured is forestry activity on Nootka Island in 2017.

The Nuchatlaht First Nation’s territory includes the north of Nootka Island, and they exclusively occupied this area in 1846.

This is the central argument to be tested in an upcoming Aboriginal title case affecting the Nuu-chah-nulth nation’s 160 members, the harvest interests of Western Forest Products and numerous other First Nations waiting to see how their claims could be upheld by the courts.

With a B.C. Supreme Court trial expected within a year, the Nuchatlaht seek the court’s official recognition of approximately 20,000 hectares of traditional territory on Nootka Island, with an injunction to halt Western Forest Products logging of this area west of northern Vancouver Island.

The First Nation’s claim states that its hahoulthee was infringed upon by B.C.’s Park Act, Forest Act, and that the Nuchalaht had access to its territory impeded by WFP, which holds a provincially recognized forestry tenure over the territory. The claim relies upon evidence from 1846, when the British Crown asserted sovereignty over Nootka Island.

“The Nuchatlaht was in exclusive possession of the claim area in 1846,” said the band’s statement of claim filed in court in January 2017. “The Nuchatlaht exists today and is the continuation of, and successor to, the Nuchatlaht in 1846.”

This is being disputed by the federal and provincial governments, who submitted counter claims to the B.C. Supreme Court. Canada stated that the Nuchatlaht “lived at various sites in and around the claim area,” but denies that the First Nation had exclusive occupation. In its statement of claim the province argues the Nuchatlaht have historically been a “small and relatively weak affiliation of groups” who “were not known to effectively assert and defend territory, including the claim area, and other Indigenous peoples claimed and used tracts of land and resources in the claim area.”

“There are not now and for many years there have not been Nuchatlaht resident communities in the claim area,” continued the province. “The claim area includes pervasive geographic features which historically and at the date of sovereignty and at all other times limited or prevented access, use and occupation by the Nuchatlaht, such as areas of high elevation, steep and densely forested upland areas, and steep, rocky, exposed shorelines.”

The Nuchatlaht’s claim will rely on the test for Aboriginal title that was set out in the Tsilhqot’in decision, a historic ruling from the Supreme Court of Canada affecting a “semi-nomadic” group of First Nations in central B.C. In the ruling Justice Beverley McLachlin identified three points to determine Aboriginal title: exclusivity in an area, occupation and the historical continuity of habitation.

Jack Woodward worked on the Tsilhqot’in case, and is bringing his expertise to fight in court for the Nuchatlaht. He said a report shows that Nuchatlaht Tyee Ha’wilth Walter Michael is the direct descendent of a man who is documented to have met the American sea captain John Kendrick in Tahsis Inlet in 1789.
“They have persisted for 250 years and probably a lot longer than that,” said Woodward during a recent presentation at the Council of Ha’wiih Forum on Fisheries. “They have persisted in the face of being surrounded by larger nations.”
John Borrows is the Canada research chair of Indigenous Law at the University of Victoria. He said what’s unique about the upcoming Nuchatlaht case is that it could bring a “streamlined process for Aboriginal title” without spending hundreds of days in court.

“The process that Jack’s attempting could be a benefit to other First Nations,” said Borrows. “There is a recognition that it takes too long and costs too much money in the current process to establish title, but other groups are trying to do that and they’re watching this particular case to see if [it’s] successful.”

More than 30 years ago Woodward worked on another case involving Nuu-chah-nulth nations who fought to stop logging in territory containing 1,500-year-old trees. Amid protest from Ahousaht, Tla-o-qui-aht as well as numerous other First Nations and environmental groups in B.C., the Meares Island court case resulted in an injunction for MacMillan Bloedel to stop harvesting in 1985. The province did not present its case, and the trial was adjourned to allow for treaty negotiations.

“The big industrial corporations come and they’re imposing with their might, their economic power, their appearance of stability,” Woodward observed. “They come and they say, ‘We are going to come and bring jobs, we’re the foundation of the economy, you should do what we want’. MacMillan Bloedel doesn’t even exist anymore, but the trees are still standing on Meares Island.”

In its statement submitted to court on the Nuchatlaht title case, Western Forest Products argues that its activities on Nootka Island are “in the public interest” for the “economic development of British Columbia.”

“WFP is a major employer and contractor on Vancouver Island and one of the largest sources of employment and economic activity in the claim area,” stated the forestry company.

Gordon Christie, an Indigenous legal expert from the University of British Columbia’s Allard School of Law, cautions that the courts’ willingness to grant injunctions has changed since the Meares Island case.
“At that time in the ‘80s you could get an injunction to stop activity,” he said. “Now it’s almost impossible to get an injunction like that.”

He cites a recent unsuccessful attempt from some Treaty 8 First Nations to halt the construction of the Site C dam. With hundreds of jobs and billions of invested capital on the line, the B.C. Supreme Court dismissed the bid for an injunction.
“In the early ‘90s courts swung around and decided that the economic activities of industry were more pressing, or more substantial, than the interests of First Nations,” said Christie. “Nowadays when you look for an injunction, the courts look at the economic calculation and decide that the interest of industry and the interest of jobs and all that kind of stuff outweighs the interest of the First Nations. They tend to not grant injunctions anymore.”

The Nuchatlaht First Nation contends that the strength of its case is that its head of government continues to be the hereditary chief, unlike many other First Nations that now have elected chief councillors.

As a gesture to seek agreement on territorial boundaries with the Ha’wiih of neighbouring Nuu-chah-nulth nations, the Nuchatlaht made an offering of sea otter pelts at the Council of Ha’wiih Forum on Fisheries in late February.

“We continue the fight to be owners and managers and to stop being beggars in our own land,” added Little. “We come from a wealthy hahoulthee, and my tyee is always willing to share.” 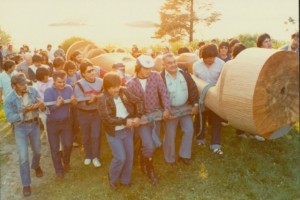 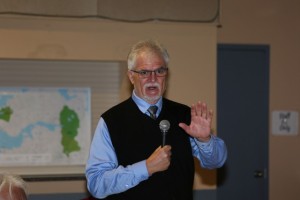