Logan Wilson, pictured with his host family, Justin Blondeau, and Chantelle Prior travelled from Gold River to France for a high school exchange in March. (Submitted photos)

Three Nuu-chah-nulth students from Gold River Secondary School travelled to France as part of a one-month exchange program in March.

Ten Gold River students in total participated in the trip, which is an annual two-way exchange in its third year.

Grade 12 student Logan Wilson, of the Mowchaht/Muchalaht First Nation, said the majority of the trip was spent exploring the city of Lyon.

“It was amazing, there was not one bad thing about the trip,” Wilson said. “It was just such a fantastic trip, it’s hard to even put a word to describe how the trip was.”

Wilson said the highlight of his trip was going to an international car show in Switzerland with his host family.

“Just going to Switzerland was amazing, let alone going to see this international car show that travels the world,” Wilson said. “That was really eye opening into the fact of how many people were there.”

Wilson added that his host family allowed him to travel to Paris for a few nights.

“Going to Paris was amazing because all the buildings, it was just a very beautiful city to go see,” he said.

Although he’s left the country before on a trip to Cuba, Wilson said this was the “biggest trip” he’s been on and it opened his eyes to just how small the Village of Gold River is.

“Being [in France] it was always so busy,” Wilson said. “There was always a bunch of people around no matter where you went. Even the school we were going to had 1,500 students, while our town doesn’t even have 1,500 people in it.”

Wilson is currently saving money to try and go back to Europe after graduation. He plans to travel and work for the first year after graduating and then go to school for welding and heavy mechanic the following year.

Grade 11 Mowchaht/Muchalaht First Nation student Justin Blondeau said Paris was the highlight of his trip. He said he’s always wanted to travel to Paris and that he loved the food.

“I’ve always wanted to go to France so that’s one thing checked off my bucket list,” he said.

The trip was Blondeau’s first time travelling out of North America and he said what surprised him about Europe was how much more they pay for hydro than in B.C.

“Their hydro over there is four times more than what we pay over here,” he laughed.

Blondeau said he enjoyed staying with his host family and that they treated him like their own kid. He hopes to travel back to Europe after graduating high school.

Chantelle Prior, a Grade 10 Nuu-chah-nulth student, also participated in the exchange.

District 84 principal Philip Parkes runs the exchange through the district’s International Program. He said it is important to remove barriers to student participation and therefor, over the past three years, there has been no cost to students.

“The students take a course (for credits) with me all year long that essentially prepares them to function successfully and independently in a foreign country,” Parkes said. “When our students arrive in France they are full of a healthy nervous energy, but have the tools and confidence to succeed both socially and in day-to-day life.”

When in Canada, the French students experience Gold River’s local culture and beauty, Parkes said, and one of the outings includes going to Yuquot to learn from elder Ray Williams, who greets the French students and teaches them along with elder Marge Amos.

“This is always a very rich and moving experience for our European students and a proud event for our Nuu-chah-nulth students,” Parkes said. “Teaching our exchange students about our rich Indigenous culture is a key philosophy of the exchange.”

Parkes added that when in France, the Gold River students need to navigate a very different life along with the language barrier. They participate in a combination of regular classes and cultural outings.

“The life skills the students learn are transferable to their future life,” Parkes said. “I love the fact that student's return with a humble confidence and broader perspective on life.” 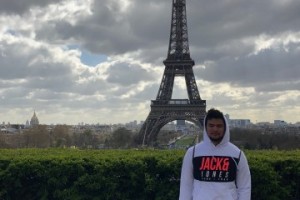 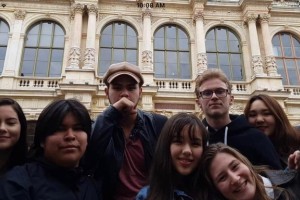