The people of Mowachaht/Muchalaht are celebrating the construction of a new Canadian Coast Guard (CCG) station in their traditional winter home of Tahsis, BC.

On Tuesday, May 28 a ground-breaking ceremony for the CCG’s Search and Rescue Station was held at Tahsis.

Attended by dignitaries, member of the Canadian Coast Guard, the people of Tahsis and Mowachaht/Muchalaht, the celebration opened with a traditional cleansing ceremony performed by Mowachaht/Muchalaht men. Elders Bruce Mark and Bill Howard led the singers as two men brushed the perimeter of the parking lot with cedar boughs. The parking lot will be transformed into the CCG Station by 2020.

Tahsis CAO Mark Tatchell served as emcee and thanked the ha’wiih and elders for making the new site safe by blessing it. He acknowledged that the site lies in Mowachaht/Muchalaht territory and recognized their Ha’wiih Jack and Mike Maquinna who travelled into Tahsis for the ceremony.

Tahsis is located at the head of Tahsis Inlet and was the winter home for the Mowachaht Muchalaht. The Nootka Lighthouse, originally constructed in 1911, stands at the entrance to Nootka Sound, at Yuquot, the summer home of the Mowachaht/Muchalaht.

So now, the Mowachaht/Muchalaht, permanent residents of Nootka Sound communities and visitors will all have protection and help for the inlets of Nootka Sound with the construction of a new Coast Guard station.

CCG Assistant Commissioner Roger Girouard told the crowd that it is his job to protect the waters and the people who ply them. He said it was his hope that the CCG along with the people of Tahsis and Mowachaht/Muchalaht would continue to form bonds as friends and allies in taking care of the waterway.

Girouard mentioned that he hopes to work together with the Mowachaht/Muchalaht to assist them with their desire to repopulate Yuquot village.

Chief Jerry Jack welcomed the construction of a new CCG station saying that he takes safety on the water seriously. The former RCMP officer said he is out on the water all summer long and it is important people are safe in his hahulthi.

Tyee Ha’wilth Mike Maquinna thanked the Coast Guard and the Tahsis Mayor Martin Davis for coming together to achieve this goal. The new station represents collaboration and is the foundation of protecting water and people, and it is a great thing for everybody, said Maquinna.

Mayor Martin Davis said this is an important milestone for the village. The new station will employ a permanent staff of four tasked with caring for the mariners on the water. Nootka Sound features long and treacherous coastlines in the various inlets and along the exposed Vancouver Island west coast.

“We need the protection,” said Davis, before thanking Mowachaht/Muchalaht for recommending this site for the new station.

Jonathan Wilkinson, Minister of Fisheries, Oceans and CCG, announced Aug. 24, 2018 that a new CCG station would be built in Tahsis, with a population of about 250 year-round residents. The station will be built over an existing parking lot at the corner of Tootouch Place and South Maquinna Drive. It will be home to a 14.7-metre CCB lifeboat and will operate 24/7, every day of the year.

Prime Minister Justin Trudeau announced on May 22, 2019 that his government would invest in the renewal of the CCG fleet.

“The Canadian Coast Guard saves lives, protects the environment, and helps our economy grow, while keeping our waters safe, secure and open. But the coast Guard fleet is aging, with most ships beyond their normal life expectancy,” said the Prime Minister in a prepared statement. 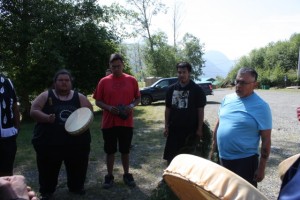 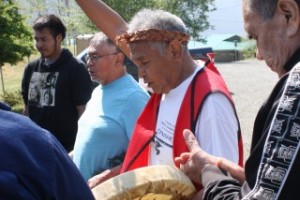 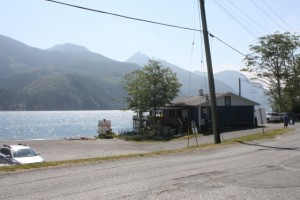