John Markishtum, Emsley Little-Morgan and Noah Fred are among the latest round of Haahuupayak's Grade 7 graduates. On June 13 the elementary school celebrated the Grade 7 graduation of 16 students. (Denise Titian photos)

Sixteen youths that completed Grade 7 at Tseshaht’s Haahuupayak Elementary School bid a fond farewell to teachers and friends on June 13 as they looked forward to their first year in high school.

Haahuupayak school prides itself on delivering an education that meets the provincial standards through a program imbued with Nuu-chah-nulth culture and language.

The school gym was beautifully decorated in medicine wheel colours – with red, yellow, black and white Mylar balloons and streamers. Native Studies Teacher Lena Ross credited the children for the decorating. The school’s ceremonial curtain was on display behind the head table where the graduates were seated.

Because Haahuupayuk school has a strong focus on Nuu-chah-nulth culture, the students are taught to build on traditional principals of respect for others and of expressing gratitude.

In keeping with these teachings, the graduation started with the practise of taʕałma – to pay respects to families that are mourning the recent loss of a loved one. This is the first order of business at any Nuu-chah-nulth gathering; to show support to those that are hurting.

Native Studies Teacher Trevor Little welcomed the guests and, speaking in the dialect of the Tseshaht, announced that another year is done and the school was proud of this year’s class of Grade 7 graduates.

Principal Wayne Peterson thanked the families, students and school staff for another successful year at Haahuupayak.

“We all do this together and you graduates wouldn’t be here if you didn’t believe in education,” he told the students.

He went on to tell the students to dream big and have confidence in whatever they choose to do.

It’s all about choices; choosing to be the best that you can be will determine how successful you are in life,” he told them.

“You’re funny, smart, amazing and you have taught me a lot,” said teacher Serena Schwager.

John Rampanen is a member of the Haahuupayuk School Board of Directors. He talked about the importance of teaching culture and language to young people.

“We are like one big family and we hope you share yourself and your teachings with others and that you come back to us, loud and proud,” he told the students.

Rampanen thanked Trevor Little and Lena Ross for passing the teachings of the ancestors on to Haahuupayak students.

“Soon it will be your turn to do that for the next generation,” Rampanen said to the graduating class.

Each of the 16 students took turns at the podium making short speeches in the Nuu-chah-nulth language followed by the English translation. They introduced themselves and gave the names of their parents, grandparents and the nation that each belongs to. Some thanked the school staff.

“I learned to sing, to dance and to listen,” said Tony Fred-Cranmer.

Each student was gifted a black hoodie and a bear claw necklace. The claws were real, provided as gifts from the local RCMP and conservation officers.

Guests were treated to dinner as parents and other family members took turns giving words of encouragement to graduation class. 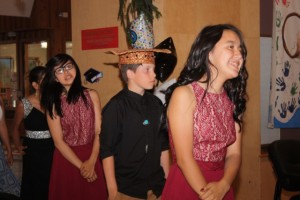 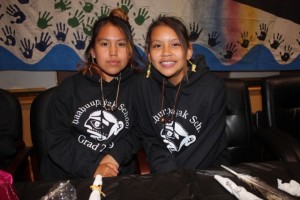 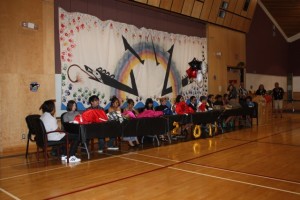 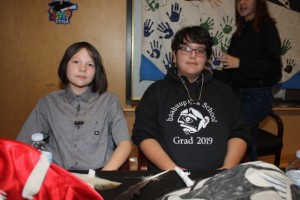 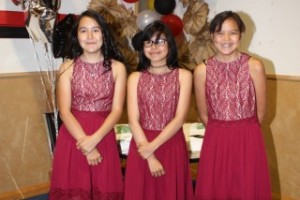 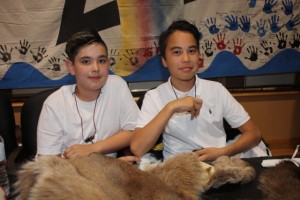