Dozens of loved ones and members of the extended Tla-o-qui-aht community held a walk for Lisa Marie Young on Sunday, June 30, 17 years after the young woman went missing without a trace in Nanaimo.

The procession began at the Nanaimo RCMP station at 303 Prideaux St. just after 2 p.m., taking over one lane of the street as the group made their way to the city's waterfront under a hot sun.

The family of Young has held a walk in her honour since 2003, the year after the 21 year old disappeared one night in Nanaimo. The case has stood as a telling reminder of the national phenomen of missing and murdered Indigenous women and girls that has affected communties across Canada. Other Nuu-chah-nulth women were also recognized during the June 30 walk. 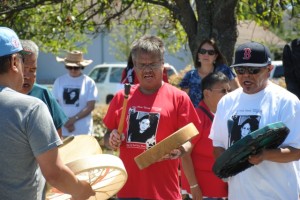 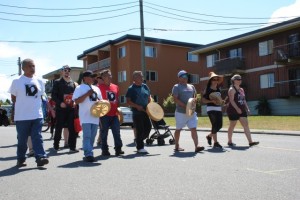 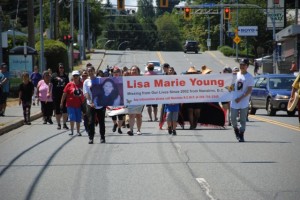