Chum salmon, along with coho salmon and cutthroat trout, inhabit streams that will be crossed by ʔapsčiik t̓ašii. These chums were quick to reclaim spawning areas after recent culvert replacement in Sandhill Creek. (Parks Canada photo)

Progress continues on a multi-use pathway through Pacific Rim National Park with construction this season beginning near Wickaninnish Beach, work timed to limit impacts on salmon and trout.

Known as ʔapsčiik t̓ašii (pronounced ups-cheek ta-shee) — which means “going in the right direction on the trail” — the $51-million project is scheduled to take three more seasons to complete while providing training and jobs for Tla-o-qui-aht and Yuułuʔiłʔatḥ First Nations. A collaborative approach, including close consultation and an Indigenous benefits package, recognizes that the park occupies traditional Nuu-chah-nulth territory.

In keeping with its mandate to protect the area’s ecological integrity, Parks Canada has gone above and beyond usual standards for construction, said Karen Haugen, park superintendent. That includes a careful and scientific approach to park lands containing a surprising extent of habitat for anadromous and semi-anadromous (sea-run) fish species.

“There are 39 fish-bearing stream crossings in the ʔapsčiik t̓ašii corridor,” Haugen noted. “Many of these streams are known to have chum, coho and cutthroat trout running through them.”

The area’s low-lying terrain also made it readily accessible for industry. Kennedy watershed’s fish-bearing streams were severely damaged by logging between the 1920s and 1960s prior to the park’s creation. More than a quarter of the park reserve was logged. Since the mid-’90s, local volunteers, including those from First Nations, have removed residual wood, debris clusters and organic sediments to restore streams.At this time of year, streams run dry, which limits potential impacts from pathway construction.

Before work began, biologists with contractor Current Environmental walked the entire 25-kilometre length of the route, which parallels the park access road. They surveyed fish-bearing streams to gain a better understanding of populations and habitat availability. Using detailed impact analysis, they developed recommendations for limiting effects on fish and fish habitat through bridge and culvert design, mitigation and restoration of specific habitat.

The analysis also served as the basis for an environmental management plan that identified restrictive timing windows around fish and bird species. DFO reviewed the plan and signed off on the project with the explicit condition that habitat mitigation is included. That will represent a net gain of more than 4,000 square metres in fish habitat.

“It’s an amazing project and we’re really looking forward to the restoration work that will occur because of it,” Haugen said.

Haugen hopes to see salmon returning as they did after a failing culvert under Wick Road was replaced with a bridge in nearby Sandhill Creek. The 2017 work, which also involved local First Nations and the Central West Coast Forest Society, was one of the largest rehabilitative projects ever undertaken in the park.

“We now have chum coming back to that stream because of the enhancement work done,” Haugen said.

Current environmental staff will remain on site during all in-stream and riparian work to minimize impacts of construction and implement habitat restoration prescriptions.

“It’s reclaiming the ecological integrity of the park,” Haugen said. “It’s wonderful to be able to bring that back to life.”

Parks Canada maintains that its partnership with Tla-o-qui-aht and Yuułuʔiłʔatḥ is integral to the five-year project. This includes ongoing collaboration with a committee of elders and hiring supervisors from each nation to monitor construction.

“They’re already on site, which is great to see,” Haugen said.

Hazelwood Construction of Nanaimo was contracted this spring to construct the trail bed. Six workers have so far been recruited through a local job fair held in early June.

Once completed in 2021, the pathway will give visitors and area residents an opportunity to experience the coastal foreshore without having to rely on automobiles to traverse the sprawling park reserve.

While the project required additional funding as planning developed, there has been no budget increase since a third infusion of $17 million last year, Haugen said. 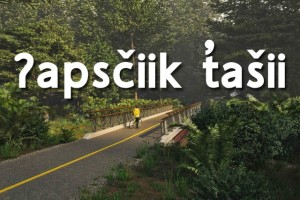 Work has begun on the new multi-use pathway through Pacific Rim National Park.