A scientific expedition led by Fisheries and Oceans Canada (DFO) in partnership with the Nuu-chah-nulth Tribal Council (NTC) set out this July to investigate Explorer Seamount, an underwater volcano 250 kilometres west of the British Columbia coastline. While deploying data-gathering gliders by Zodiac, expedition members encountered a salmon shark engaging in unusual behaviour. The two-metre adult male shark lunged and rubbed against a driftwood log, in an attempt to rid itself of parasites, explained DFO marine biologist Cherisse Du Preez in a phone interview.

“It was jumping its body up onto this log and sliding it across it,” described Du Preez. “That’s an incredibly unusual thing...In the open ocean, this salmon shark could easily be prey...It wasn’t being inconspicuous at all. It was splashing, it was lunging, it was making a big racket.”

Male salmon sharks migrate annually west from the Gulf of Alaska across to Asia. Du Preez was struck by the shark’s intentional use of the log as a tool for parasite removal in preparation for its transoceanic journey.

“It’s not common to see a fish using a tool,” she stated. “It speaks to how intelligent these animals are and how complex their lives are. They’re not the mindless monsters of the deep that Hollywood portrays them as.”

Josh Watts, a Tseshaht First Nation member and student of Biology as well as Earth, Ocean, and Atmospheric Science at the University of Victoria, joined the expedition as a representative of Nuu-chah-nulth nations.

Watts embarked on the expedition with research questions surrounding human impact on offshore areas and the interconnectedness of humans and the environment.

“One of the main focuses I had out there was a question of relevancy,” reflected Watts. “I understand that everything is connected; that’s just our philosophy, as Nuu-chah-nulth people and First Nations people.”

“How relevant is this area to our people and our rivers and our land?” he questioned. “It became more and more clear, the importance of these coral reefs and these high-density sponge areas.”

The expedition created many more ideas and research questions for Watts once underway.

“I think about our oral histories,” he elaborated. “There are stories of our people hunting whales for days, weeks, months at a time...A lot of the time there would be these epic occurrences, when they were hunting out in the open water, they would often encounter a supernatural experience...It was something that I would often think about, looking out at the waters, thinking about our ancestors paddling out there, hunting whales.”

When asked about Nuu-chah-nulth peoples’ ability to travel by canoe as far as the offshore seamounts, Watts stated he believes it to be very possible. A carver of canoes as well as a science student, Watts has insight into Nuu-chah-nulth marine capabilities.

“I’m pretty confident in the integrity of our old canoes, and even more confident in the abilities of our seafaring people,” he stated. “I’ve heard elders talking about reading the clouds and reading the wind, the connection we had with all that. We spent so much time in our canoes. I completely believe that our people have ventured out into the deep.”

“Where are the salmon going [during migration]?” Watts questioned, drawing further links between science and oral history. “Can we track them to this area? There’s a lot of people on the coast who have legends about the village of the Salmon People, and the undersea kingdom, and all these legends. It makes me think about these seamounts.”

“I think about a lot of the stories that talk about a time when the salmon aren’t returning anymore and it takes a voyage out to their village to see, and meet with them, and bring back messages of respect,” he continued.

Watts came away with a strong desire to increase Nuu-chah-nulth participation in the protection of the marine areas.

Watts, too, is enthusiastic about the potential for further collaboration with DFO scientists like those he worked alongside during the seamount expedition.

“A priority [of theirs was] creating meaningful partnerships with First Nations people,” he said. “I understand that our people are very independent, we often are trying to be more independent from DFO. We do participate in fisheries, but we’re going on a path where we’re...generally an independent body. In regards to science, [DFO scientists] really do value traditional knowledge, and value our perspective. My role on the expedition was a testament to that.” 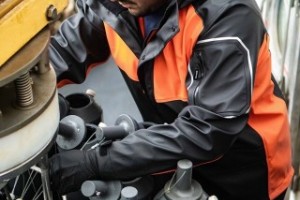 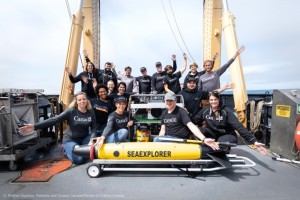