After serving in the role for more than 30 years, the Nuchatlaht’s hereditary title is being passed on to the next generation.

Tyee Ha’wilth Walter Michael, who has led his nation since 1988, began the process by passing the seat to his son Jordan last spring. Now as Michael continues in the role, the next hereditary chief is undergoing a transitional process of being prepared to lead his 164-member First Nation.

“We’re preparing for the final transfer,” said Nuchatlaht Councillor Archie Little. “It will be done culturally. We still have a ways to go before that happens.”

The cultural transition entails teaching the necessary protocol to Jordan Michael. The nation plans to invite hereditary chiefs from other Nuu-chah-nulth tribes to witness the final transfer in a potlatch.

“The Ha’wilth’s family has to learn and gather their songs and dances,” added Little. “Jordan will start working with the other Ha’wiih.”

Unlike most modern-day First Nations that have hereditary chiefs as well as elected representatives, the Nuchatlaht has retained its Tyee in the top government role. The nation also has four councillors appointed by the chief and community to represent the interests of different families.

“We understand that the Indian Act does not recognise the hereditary system, but that’s okay, we believe in it,” said Little. “When you have elections, they can change course after a new council gets in.”

Tyee Ha’wilth Walter Michael is the direct descendent of Tacisa̓th, First Chief of the Nuchatlaht, who led his tribe in the early 1800s. The Tyee’s sister Cathy Michael recalls when the seat was last transferred in the late 1980s from Ha’wilth Alban Michael, who was Nuchatlaht’s last fluent speaker. This occurred back when the community lived in Nuchatlitz on the northern part of Nootka Island.

“A lot of chiefs from different places, like Tla-o-qui-aht, Ahousaht, Hesquiaht, Kyuquot, a lot of them were called to Nuchatlitz,” she said.

Little noted a long history of chiefs from other tribes living in Nuchatlaht territory.

“We had the Tyee families from Ehattesaht, Muchalaht staying with us in Nuchatlaht,” he said. “They’ve always known what Nuchatlaht owned because they were chiefs.”

In the late 1980s the nation was moved from Nuchatlitz, down the Espinosa Inlet to their current on-reserve home in Oclucje, which is located 12 kilometres from the Village of Zeballos.

“We were actually moved from there to here because fishermen pulled out our water line and for years we carried our water from the wells,” said Cathy Michael.

“We were having problems with water, water and school,” added Little. “We felt we had to move closer to the communities so the kids could go to school.”

Although winters are harsh, Oclucje resident Edgar Smith feels the benefits of subsisting off the resources around him - rather than eating only what he can afford, as he did while living in towns.

With nine houses at the end of the inlet, the community’s population fluctuates between 20 and 40 from the winter to summer. But on Aug. 24 dozens more could be found in the community to celebrate Walter Michael’s 70th birthday. With visitors from the nearby Ehattesaht reserve, Kyuquot, Port Hardy, Tofino and Port Alberni present, the current Tyee sat surrounded by family at the back of the Oclucje community hall watching the families he has seen grow over the last generation.

Little noted that the Nuchatlaht’s continued practice of having its hereditary chief at the top of government is an important aspect of the First Nation’s land title case, which pertains to its territory across the northern part of Nootka Island. The case is expected to be heard in B.C. Supreme Court within a year or so.

Little said that history shows a long succession of the nation’s chiefs serving their people at home.

“His work is not political, his work is at home,” he said, looking ahead to how Jordan Michael will prepare for this role. “He’s a fast leaner, he will do well. He has our support. We thank Walter for what he has done for the nation and finally seeing that it’s time for a young person to be in there.” 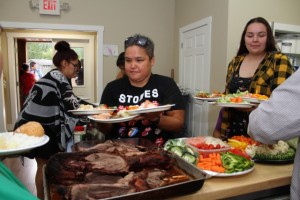 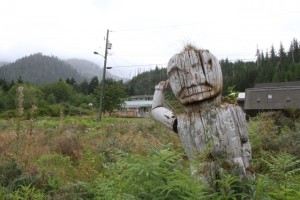 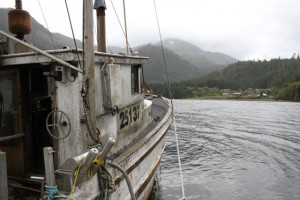 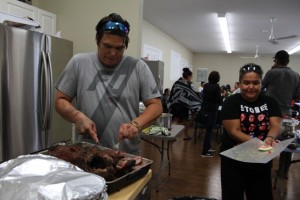 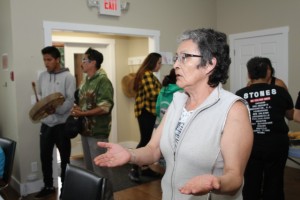