Scott Fraser, B.C.’s minister of Indigenous Relations and Reconciliation, stands with Chief Councillor Greg Louie and workers installing a new cellular tower that is expected to be in operation next month. (Submitted photo)

The people of Ahousaht love their mobile communications devices as much as any other Canadian, but back home in the village, service is virtually non-existent.

According to Canadian Cellular Towers Map, there are at least nine service towers in Tofino and one in Hot Springs Cove, a distance of about 36 kilometres as the crow flies. Ahousaht, on Flores Island, lies in between the two communities with its population of about 1,000.

For this reason, there is the occasional hot spot where a weak cellular signal can be found, usually on a beach. These are often weak signals coming in from the towers in Tofino.

“There is a low tower next to the T-bird Hall and the houses out at (lot) 363 that get signal,” said Ahousaht resident Iris Frank. “It’s funny to see the surprise on my visitors when they get a text or their data turns on; their phones light up with notifications.”

Frank has cellular service because she was given a cell phone booster. The device was worth $1,000 at the time it was gifted.

Now, the community of Ahousaht is excited to see the construction of their own TELUS cell tower nearing completion. The new tower will not only allow residents and their visitors cell phone service, but also high-speed wireless voice, text and internet service.

TELUS has been working with Ahousaht leadership for more than a year to build the new cell site in Ahousaht, investing more than $500,000. They anticipate that service will be up and running by the end of 2019.

“Perhaps most critically, this new wireless coverage means residents can call for help in the event of an accident or medical emergency, and access previously unavailable services such as consulting with a physician through the Babylon by TELUS Health app,” said Shaye Draper, TELUS General Manager for Vancouver Island.

According to the company, the Babylon by TELUS Health app complements existing healthcare services across the province, particularly for people living in rural areas. By downloading the free app to your device, the user will have access to a symptom checker and can schedule a live video consultation with a licensed physician from the comfort of their own home, potentially saving thousands of dollars in travel expenses.

“Indigenous communities throughout British Columbia need to have access to technologies to fully participate in the digital age,” said Scott Fraser, B.C.’s minister of Indigenous Relations and Reconciliation, who was in Ahousaht Nov. 12 to meet with leadership about the new tower. “People living in Ahousaht will be connected to cellular service and improved internet access for the first time. Better access means community members will benefit from digital tools that can increase health services, education and employment opportunities.”

Service is expected to launch sometime in December. 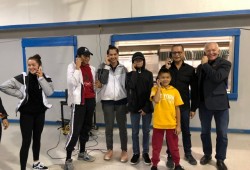 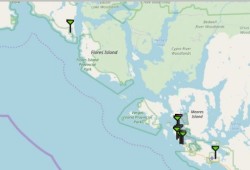