This year's Quu'asa Urban Gathering in Vancouver turned out to be a more popular event than expected.

Nuu-chah-nulth-aht living in the Vancouver area flocked to the event for a night of socializing and cultural reminders of their roots on the west coast of Vancouver Island, causing the venue at the Pacific National Exhibition grounds to run out of turkey. The lively evening included stories, song, door prizes and the blanketing of two Nuu-chah-nulth members pursuing different paths.

Ahousaht fashion designer Alicia Stephens was recognized for her continued production and marketing of culturally-inspired items, while David Dennis of the Huu-ay-aht First Nations was draped in a blanket for his ongoing struggle with a life-threatening liver disease – and his publicizing of a discriminatory provincial liver donation policy.

The Dec. 5 event was the first stop of five for the Nuu-chah-nulth Tribal Council’s Teechuktl staff. They next head to Seattle for an urban gathering on Friday and Saturday at the Pershing Hall, American Legion Post 160, 3618 SW Alaska St. 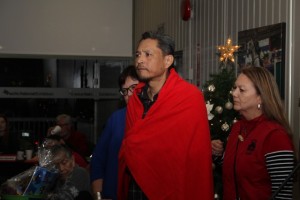 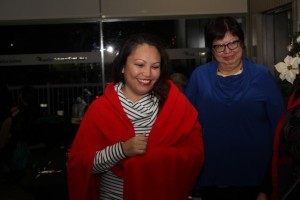 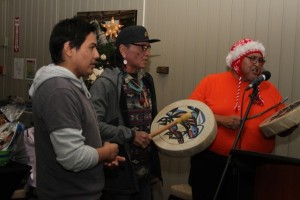 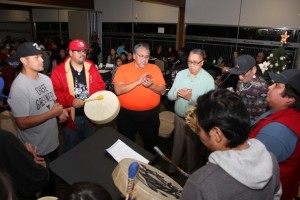 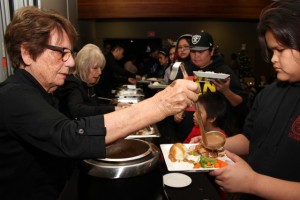 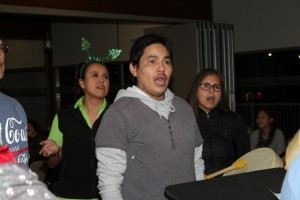