The latest aerial survey was flown between August and October 2019. (Precision Geosurveys photo)

A new and more advanced geophysical survey extending into North Island Nuu-chah-nulth territory has sparked 34 new mining claims within weeks of its release.

Results of the aerial survey — encompassing 20 percent of the Island — were shared at Geoscience B.C. presentations this month in Port McNeill and Campbell River.

“I’d say we’ve been really pleased with the response so far, not only from the industry but also from the community,” said Richard Truman, external affairs director with Geoscience BC, the not-for-profit agency behind the survey. “We hope it generates more economic activity. There has been some interest in north Island copper,” he added.

Geophysical surveys probe the earth’s surface for clues of mineral deposits. Radiometric data, measuring natural radioactive decay in rock and soil near the surface, combined with magnetic data of rocks below, can indicate mineral deposits to a depth of several kilometres.

“This can be interpreted to show whether they will find copper or gold. What they’re looking for is rapid changes in magnetism,” Truman said.

Northern Vancouver Island is known for deposits of low-grade copper and gold, a combination that can prove a mine’s commercial viability. A similar analysis was done in 2012 on the North Island while this latest area, bordered by Port McNeill, Zeballos and Gold River, was last mapped by the Geological Survey of Canada in the 1980s. Technical improvements since those previous surveys provide greater detail through higher resolution images.

The survey aroused more than curiosity among Nuu-chah-nulth nations when brought to their attention last summer. There was a mixture of disappointment and concern that prior consent was not obtained, a glaring oversight considering the area extends over Ka:'yu:'k't'h'/Che:k'tles7et'h', Ehattesaht and Mowachaht/Muchalaht territories. Truman noted that Geoscience BC responded in an effort to improve communications with those nations. Survey findings were released in January in time for the Association of Mining Exploration’s Roundup, the annual gathering of B.C.’s mining sector.

“And we made sure the data went out to all First Nations,” Truman stressed. “What’s interesting is that we definitely got a sense when we were planning the survey is that there is definitely renewed interest among the First Nations of Vancouver Island. We never quite know what the response will be.”

While the initial flurry of claim-staking is expected to taper, Geoscience BC is upbeat about long-term prospects.

“At the moment, there appears to be quite an upbeat mood, so I think what we see is pretty optimistic,” Truman said. “We’re encouraging anyone interested in doing exploration to build relationships with First Nations.”

World copper prices dipped in late 2019 due to slower short-term demand from China, but copper demand is forecast to double over the next 20 years, driven in part by transition to a low-carbon economy and the need to rein in greenhouse emissions. Electric vehicles require roughly three times more copper than internal combustion vehicles.

B.C. leads the country in copper production with exports exceeding $10 billion annually, second only to coal. There are currently six copper mines operating in the province and a couple dozen projects listed in various stages of exploration. In the last few years, the industry has shown renewed interest on the North Island:

Mowachaht/Muchalaht (MMFN) was among nations planning to be on hand for a Feb. 26 open house in Campbell River. The new data will support Global Information System (GIS) mapping work about to get underway.

“This dovetails with my work with GIS,” said Jack Johnson, a GIS technician with MMFN. “We’re upgrading our system.”

As an advanced tool for a comprehensive approach to natural resource and land management, GIS has proven to be a valuable asset to First Nations. Johnson plans to layer the geophysical information into MMFN’s resource database. While he has seen little interest in mining in terms of claim referrals crossing his desk in the last two years, that could change.

“I certainly expect to see more now,” he said.

Nanwakolas Council Society, a land and resource management planning body that serves five east coast First Nations, is working with Geoscience BC to take advantage of the survey.

“I think the information is really important to First Nations whether we’re for or against something,” said Dallas Smith, council chair and a Tlowitsis First Nation member. “They definitely want as much information as possible if they’re going to make decisions about it.”

That’s particularly true of this survey because it offers greater detail in a format that’s easier to understand, he said.

What is also clear is that the ground on which the B.C. mining industry has operated for years is shifting. There is heightened awareness in the industry of the need to work more closely with First Nations. Along with the new UNDRIP legislation, tougher provincial and federal environmental assessments are coming on stream.

Miners may not act on their claims for years and mines can take 15-25 years to bring into production. Still, Smith believes First Nations best be prepared before industry comes knocking.

“Staking a claim doesn’t scare us as much as it used to because of the ability work with government,” he said. “It’s important for us to be pro-active as First Nations.”

In the past, mining companies exploited opportunities on Indigenous territory without consultation, consideration or obligation to remediate damage done to land and water. The industry’s track record coupled with an archaic regulatory framework and weak enforcement left a bitter legacy of distrust.

“We kind of learned the hard way,” Smith said. “We really had to immerse ourselves in the knowledge.”

A former Secwepemc chief literally drove the point home in 2017, staking a mining claim under the Cranbrook home of MLA Bill Bennett, Liberal minister of energy and mines at the time. The NDP government has since promised to modernize B.C.’s mining legislation.

Formed last spring, the B.C. Mining Law Reform Network has been lobbying for Mineral Tenure Act reforms that would respect no-go zones and decisions by local residents in keeping with best practices and international law. The group is calling on government to fund independent monitoring, including Indigenous-led programs to ensure compliance. 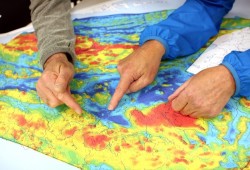 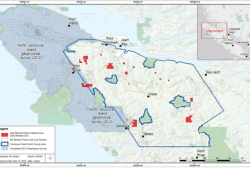 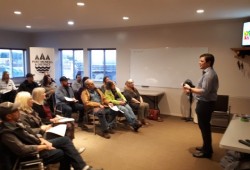