Ahoushaht man looks back on cancer ordeal with gratitude

Before the coronavirus lockdowns took hold, a celebration was held on March 14 in Victoria to recognize support for Guy Louie Jr. over the last year of cancer treatment and recovery. (Eric Plummer photos)

Those who attend Nuu-chah-nulth cultural events around the Victoria area might recall a soft-spoken man with a robust figure who often makes his way to a drumming circle. When unleashed, his voice carries to the rafters while pounding an enormous drum. The instrument bears the image of a humpback whale; a nod to livelihood of the ancestors the Ahousaht man appears to be calling on in his song.

Guy Louie Jr. admits that he always expected to live beyond 100, but this confidence was shaken last February after an incident that began with stomach pains keeping him up at night. A visit to the walk-in clinic for some tests brought an antibacterial prescription for a stomach virus – an approach that made sense to him at the time - but the situation became more complex when another doctor called Louie a few days later to come for another assessment.

The physician was uncertain what the problem was while feeling Louie’s stomach on the clinical bed.

“He called his colleague in, the older fellah, he did the same thing. They had their little talk and figured I had to go and get an emergency CT scan in my stomach and chest area,” recalled Louie, who is now 40. “A few days later he called me back and said I had to go to the Jubilee Hospital to the emergency. That’s when I asked him ‘What are you afraid it is?’ He said cancer.”

That was Feb. 2, 2019, a date that began the transformative ordeal of Louie’s treatment.

“I was very confused, I didn’t know what to think,” he said.

Louie called his partner, Lindsay Delaronde, with the news, whom he had an infant with just the year before.

“She cried in my arms and I immediately went into supportive mode,” he said. “It kind of grounded me there when she came home like that.”

What followed was 13 days in Victoria’s Royal Jubilee Hospital to remove the growth. But cancer cells remained, which demanded an aggressive regimen of chemotherapy that started March 5, 2019. Louie was hooked up intravenously for four to five hours at a time for five days in a row. Sometimes there was a week in between the rounds, sometimes just a weekend.

“It was extremely tough on my body,” he admitted. “Prior to this I was a really healthy person. About five years into working out in a gym and eating relatively healthy.”

“I realised I was really preparing myself mentally and physically to take this on, so I went into the first cycle really strong, it had very little effect,” continued Louie. “It was the second cycle where it continued to take it’s toll on me. I continued to do daily stuff around the house, when I realised I couldn’t do anymore.”

“It was a real battle,” reflects Guy’s father, Guy Louie Sr. “Every day he used traditional and Western medicine.”

Guy Sr. shared these words on March 14, at the beginning of a celebration for his son’s survival, which also served as a gesture of gratitude for the many who supported the young man in his recent struggles. Guy Jr. credits his partner, Lindsay, his family, and the many others who provided support.

“Not only did I do my own work, but I had family and friends come to me to perform some ceremonies with me,” said Guy Jr. “There were people sending me videos of ceremonies that they were holding elsewhere. It was really a large amount of support that I was unaware of that would come to me.”

A month after the fifth chemotherapy session ended in June, Louie was back working in construction to rebuild the funds that were used up during treatment. For the next few years his health will be closely monitored to ensure the cancer doesn’t return.

Louie’s greatest fear after the diagnosis was dying, leaving behind the many who rely on him.

“I have eight kids that I still have to teach the things that I’ve learned,” he said.

As his weeks of punishing chemotherapy progressed the reason behind the disease targeting him became clear.

“The creator was making me do all of this to prepare myself. I’m talking going to the gym every day for three or four hours and eating healthy,” explained Louie. “Everything was meant to be the way it was for this reason, me getting this cancer. It just all occurred to me as the weeks went on.”

While he admits it’s still a struggle to return to exercise with the same enthusiasm he had before, the last year has opened Louie’s perspective to accept his place in the world.

“Things happen for a reason and everything that has a beginning has an end,” he said. “My gratitude is a lot more than it was prior. I don’t even hate the fact that I had cancer and all the pain that came with it; I’m grateful for it because it brought me to where I am today spiritually, mentally.” 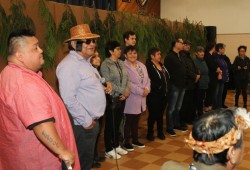 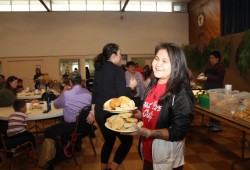 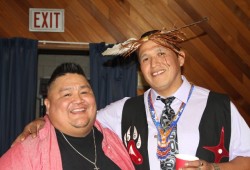 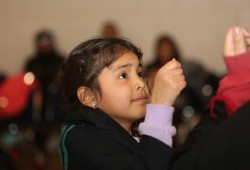 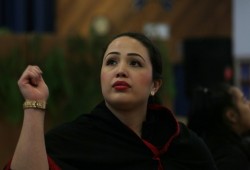 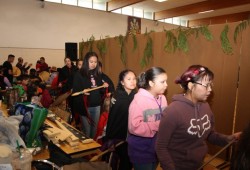 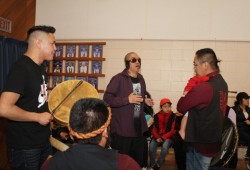 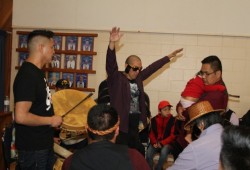 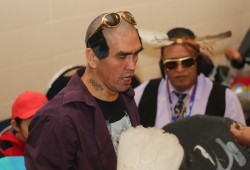