Healing the land and spirits through a community garden

When Gail K. Gus was a child, her mother used to tell her stories of what it was like going to the Alberni Indian Residential School, which was built in the middle of the Tseshaht community in Port Alberni.

“She was starving,” Gus said of her late-mother, June Watts, who spent seven years at the residential school, where she fell ill from tuberculosis.

To help ease the pain, Watts’ friends would run to the orchard up the road to collect food for her to eat.

Watts passed at the age of 58 in 1992, but her stories live on through Gus. To honour her mother and the children who continue to suffer from the consequences of residential schools today, Gus set out to build an orchard and community garden.

What started as a couple of planters in what would have been the school’s play-yard, has blossomed into an array of fresh fruits, vegetables and herbs for community members to pick at their will.

“I insisted on it being here because I felt like our earth needed to heal as much as us,” she said.

The project was initially met with some criticism and many refused to visit the school grounds because of the horrific experiments, beatings and tortures that took place, said Aaron Woodward, who was brought on as the gardener from the project’s inception. It has since developed into a gathering space for community members to talk about their experiences, he said.

One man described is as “the spot where the bomb went off,” recalled Woodward, who has tried to bring the earth back to life for the past seven years.

The garden is grown naturally, without any pesticides, and in conjunction with the biodynamic sowing and planting calendar. Gus, who is the Tseshaht First Nation’s crisis care and wellness coordinator, brings it full circle by the using the garden as a platform to teach the community about healthy foods and diet.

Linda Thomas, who works for Usma Nuu-chah-nulth Family and Child Services, is trying to connect youth to the garden by encouraging them to pick their own vegetables and helping Woodward to weed the various planters.

“(I hope it will allow) some of our children to get that feeling of wanting to grow their own when they get older,” she said.

It’s important for Thomas to be involved with programs that allow the youth to stay connected to the earth, “the creator and to be thankful for what is in front of us,“ she said.

As Gus lingered at the edge of the garden reflecting on how far it has come, memories of her mother remained at the forefront of her mind.

“It’s my mother’s birthday,” she said. And without skipping a beat, the clouds parted, and the sun cast a warm glow down on Gus. 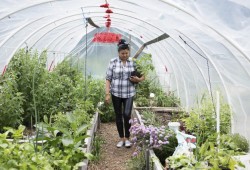 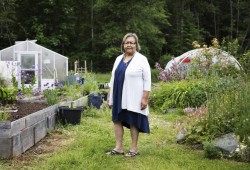 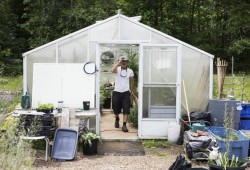 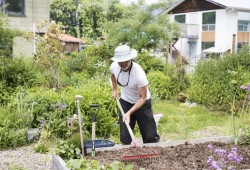 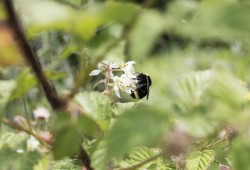