Stan Coleman’s Toyota Four Runner is a write-off after a collision on Bamfield Main with a logging truck. The forester has been travelling on the industrial road for 40 years. (Stan Coleman photo)

Driving north from Anacla last week on Bamfield Main, Stan Coleman wasn’t expecting to encounter anything more than the usual plumes of dust kicked up by vehicles on the industrial road at this time of year.

“Basically, I’m driving along and hit a huge plume of dust and couldn’t see anything,” said Coleman, a forest consultant for Huu-ay-aht First Nations.

He didn’t know there was a loaded logging truck just ahead. The logging truck’s trailer chassis and the engine of Coleman’s Toyota Four Runner bore the impact of the collision, sparing him of injury, but it was a close call.

“Not even an ache,” he said. “I wasn’t going very fast, which also helped. It was surreal.”

The forester’s truck, on the other hand, is a write-off. Its demolished front end, hood peeled back like a tin can lid, presents another compelling argument for making the notorious route safer.

“My reflex time wasn’t good enough. I didn’t have time to stop. When you hit that plume of dust, you’ve got to stop quickly.”

The logging truck driver was not at fault, he stressed.

“He felt a little bump but not much at all,” said Coleman, who considers himself “a very fortunate individual.”

Coleman has been driving the road for 40 years, so he’s well aware of its hazards.

“Luckily, he was fine, but he totalled his vehicle,” said Huu-ay-aht Chief Councillor Robert Dennis Sr.

Since the route opened in 1964, Huu-ay-aht has lost eight citizens on the road and witnessed countless accidents, many related to dust obscuring visibility.

Huu-ay-aht First Nations used the accident to warn summer travellers of the road’s dust hazard and remind government of its commitment to upgrade the well-travelled route. Drivers should keep headlights and taillights turned on to ensure their vehicles are visible to others.

“You need time to stop at the last second with all this dust on the road,” he said. “If you are doing the trip in less than 90 minutes, you are driving too fast.”

Every winter, heavy rains swell streams, washing out bridges and sections of road, cutting off Anacla and Bamfield for brief periods. That occurred last winter when the bridge at Kilometre 45 was taken out.

In September 2019, a University of Victoria coach accident claimed the lives of two students along the 85-kilometre stretch of logging road. For years, Huu-ay-aht has sought road improvements after successive tragedies struck the isolated west coast communities reliant on the road.

Chip seal will address road surface issues as well as the dust, Coleman said. Dust is the main issue half the time, he noted.

“That’s why we’ve been pushing government to make it a safer road,” said Coleman, who believes the work could begin as early as this year if provincial funding comes through. Chip seal is a road surface treatment that combines one or more layers of pavement with one or more layers of aggregate. “It is the way to go.”

Premier John Horgan travelled the road last spring, met with Huu-ay-aht leadership and committed to safety upgrades.  In a meeting in late May with Huu-ay-aht, MLA and Minister of Indigenous Relations and Reconciliation Scott Fraser promised he would continue to press for approvals necessary to move the project ahead.

“Everyone supports and understands the need for this work to be done,” Chief Dennis explained. “We are hopeful that the province will approve this project soon so that we can improve safety and save lives.”

Huu-ay-aht First Nations have committed $5 million to the project with another $25.7 million needed to complete it.

In addition to making the road safer for residents, workers and visitors, improving the road is an important step for the whole region and can be part of the economic recovery strategy for the Alberni Valley, Huu-ay-aht said.

The City of Port Alberni and the Alberni-Clayoquot Regional District have offered full support, as have other area First Nations communities, Bamfield Marine Sciences Centre and companies that use the road. 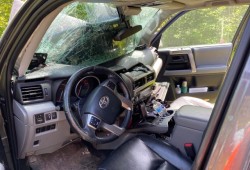 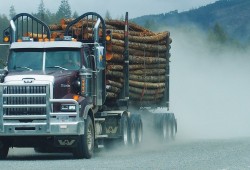