Mariah Charleson, front, and Vina Robinson dance with others at the Harbour Quay in recognition of Orange Shirt Day on Sept. 30. (Eric Plummer photos)

In recognition of residential school survivors, at 10 a.m. they walked from the Redford Street Quu’asa office in Port Alberni, along Fourth Avenue, stopping to sing in front of the Port Alberni Friendship Center and make an offering to children at the facility’s daycare. On route to the Harbour Quay the crowd also sang outside of the Thunderbird Building on Kingsway Avenue, where some former residential school students reside.

The procession ended at the Harbour Quay for more singing and dancing. Packages were also handed out to people along the way, which include orange shirts with a design by Pat Amos, a branch of cedar and devils club to help ward off bad feelings and spirits.

Orange Shirt Day was introduced in 2013, and has become a national event to recognise those who attended Indian residential schools. The movement is inspired by the story of Phyllis Jack Webstab, who had an orange shirt taken away from her on the first day at the St. Joseph Indian Residential School near Williams Lake, B.C. The brand-new shirt had just been given to the six year old by her grandmother. 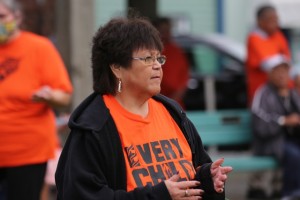 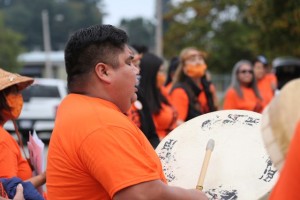 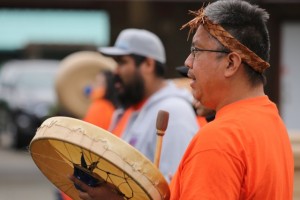 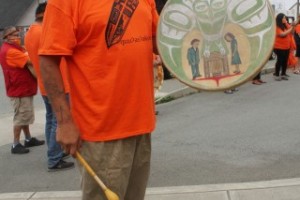 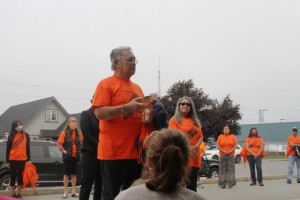 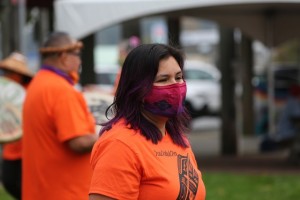 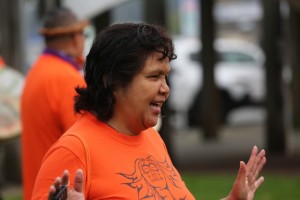