Chad Charlie, an Ahousaht filmmaker, comedian and activist, lives in Seattle, where he closely guaged racial tensions during the American election. (Chad Charlie/Facebook)

As a bitter U.S. presidential election drags on, Seattle residents with Nuu-chah-nulth ties have been anxiously glued to their screens, gripped with a mixture of hope and anxiety.

Chad Charlie, Ahousaht filmmaker, comedian and activist, watched polls trickle in on Friday morning, Nov. 6. Like countless millions of others, he expected the election outcome would be called after three days. The wait was nerve wracking but at least an end was in sight, or so it seemed.

“I have confidence in a Biden win, but it’s very anxiety driven right now,” Charlie said.

He planned to pick up a bottle of champagne to celebrate a Joe Biden/Kamala Harris victory, waiting for the final call in a high stakes electoral horse race.

Much more is at stake than who occupies the White House. For the first time, Charlie felt it best to equip himself with a firearm.

“I’m black and Indigenous, so it’s very important for me to understand how this affects me and my community,” he explained. “To me, it’s really important to understand their thoughts behind all this and to vote against white supremacy. Thousands and thousands of Indigenous kids are in cages because of Donald Trump. Thousands and thousands of Indigenous migrants were sent back to their countries because of Donald Trump.”

With emotions running on high, angry rhetoric flowing in both directions and people confronting one another in the streets, America seemed at times to tread closer to civil chaos.

“Three weeks ago, I went out and bought my first pistol,” Charlie said. “People get so violent. It’s pretty ugly.”

A multi-media storyteller, Charlie thinks of himself as “a very understanding person,” one who regularly converses with Donald Trump supporters. Many say they respect Trump because he speaks his mind, but the man’s words are troubling.

Throughout the drama, the incumbent president seemed intent on undermining confidence in the U.S. electoral process, citing hearsay of fraud without solid evidence. Days after major TV networks declared a Democrat victory, the numbers clearly trending in Biden’s favour, he still refused to concede.

“I find it hard to believe anything he says,” said Randy Belleque, who hails from the Ka:'yu:'k't'h'/Che:k'tles7et'h' First Nations. “It’s crazy. It’s a crazy time in the U.S.”

The Seattle resident was trying to do quick math in his head as counts rose on the screen.

“I’m somewhat on the edge of my seat,” he said.

He voted for Biden, but his social circle includes Republicans as well as Democrats. He has witnessed growing political tensions, the racist dog whistles coming from the U.S. president.

“It’s his hidden messages: ‘You guys stand by. I’m going to need you’,” Belleque said, alluding to Trump’s ominous reply when asked during a TV debate whether he would condemn white supremacists and militia groups showing up at Black Lives Matter protests.

Some Republican friends have been showing off their guns. One told him he “had his sites on me.”

“He apologized,” Belleque added. “We’re both passionate about both of our sides.”

While he doesn’t feel personally threatened, Belleque is glad for dual American/Canadian citizenship.

“I can always escape this country,” he added, his thoughts turning to Kyuquot, where he grew up, the coast where he worked aboard a fishing boat for 15 years. “That’s where I am going to retire, move back to Kyuquot or Port Alberni. Up there, it’s a friendly atmosphere. I love the elders up there in Canada when you go to visit. I think of Canada as a peace-loving country.”

“It’s certainly been an interesting week,” Greene said, stressing that Makah council maintains a nonpartisan position in the election, preferring not to compromise paramount interests of tribal politics and sovereignty.

In previous elections, they have budgeted for political contributions and reported on candidate’s records as they relate to Indigenous treaty rights. This time, due to budget restraint resulting from the COVID-19 pandemic, they “zeroed out” that expense, Greene said. They ensured, however, that members did not have to leave the community to vote. This was critical during a strict closure of property and businesses since the start of the pandemic in March. Others mailed in their ballots.

“There’s no concern of voting fraud and we don’t agree with that at all,” Greene said.

Many U.S. tribes lean Democratic rather than Republican, he noted. There are issues on which Republican administrations are felt to hold more respect for sovereign Indigenous interests. Democrats, on the other hand, are seen as more supportive with social programs, he said.

For the time being, though, the pandemic remains top of mind for the Makah government.

“It’s certainly not perfect,” Greene said. “We’re learning how to do things better every day. Our mission right now is not to lose one single life to COVID. We’ve made some pretty hefty sacrifices, but we’re prioritizing our needs and services.”

Living on the Olympic Peninsula, distant from civil unrest that has shaken U.S. cities for months, Makah are not immune to political conflict. That much was clear in a recent confrontation over what some believed to be an Antifa camp near one community.

“It’s a reminder that those feelings are out there, and that we were surrounded by them more than what people were prepared to admit at the time,” Greene said.

As the election plays out, the possibility remains of a deepening political divide in the U.S.

“I’m a very optimistic person, but that doesn’t mean there aren’t going to be some tough days ahead,” he said. 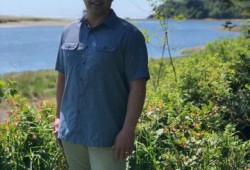 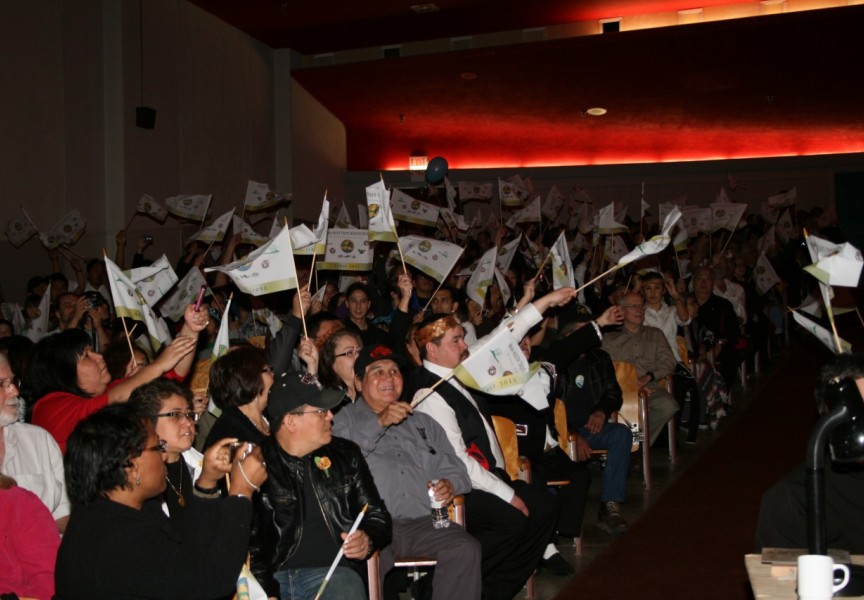