Communities, park staff and first responders are braced for another wave of rampant illegal camping on the west coast this season along with cantankerous campers, environmental damage, garbage and what some feel are dangerous callouts.

ACRD directors, concerned about a repeat of last year’s pandemic-related onslaught, voted unanimously March 3 to set up a strategic working group to deal with the widespread issue.

In a regional district board meeting focused on the “camping crisis,” various government employees recalled a chaotic year as campers took up temporary and, in some cases, permanent residence.

Backcountry camping is a long-established practice in the region, legal for up to 14 days on Crown land. After pandemic restrictions were eased last spring, Tofino, Ucluelet and First Nations experienced a marked increase and a distinctly different type of camper.

Michael Grandbois, B.C. Parks area supervisor, said illegal campers were far more confrontational and noncompliant in areas such as Kennedy Lake, where they responded to multiple callouts and a firearm incident. He recalled backcountry encampments of 80 to 100 vehicles “with dogs running around and pallets burning all over. It felt like a Third World country.”

He expects just as many this year: “It’s mob rule out there,” Grandbois said. “That’s unfortunately what we’re seeing among park rangers … It depleted my staff. It depleted my resources. I can’t imagine going through this again.”

“Overall, if the same level of traffic from people occurs this year, I don’t know how we’re going to keep up with it,” Anaka said.

In some spots, such as Weyerhauser’s property on Boot Lagoon at Great Central Lake, campers remained through winter. Samantha Turner, a Weyerhaeuser representative who took part in the ACRD Zoom meeting, said the company hopes to resolve the matter and restore the site acquired through a merger/acquisition.

“We don’t have operations up on the Island anymore,” Turner said. “The challenge is, we don’t have staff out there.”

Parking offenders were typically angry, aggressive and uncooperative, he said. They issued close to 600 tickets, 10 times more than normal.

“People are coming out and using their vehicles as their preferred accommodation,” said Baker. “It’s definitely been challenging and it’s a daily thing.”

Tofino staff were exasperated, said Councillor Tom Stere. A closer collaboration with their Tla-o-qui-aht Tribal Park allies was the only benefit, he added.

“We were the place where everybody went after living in the backcountry and they dumped all of their garbage,” she said.

On the up side, the park enhanced its guardian program, involving Tla-o-qui-aht, Huu-ay-aht and Pacheedaht teams, to help deal with the impact.

Provincial campgrounds were temporarily closed last spring, which may have contributed to the problem.

“I think there are things we can do as a regional district,” said ACRD board chair John Jack, suggesting cellphone apps that pinpoint off-road illegal camping can be addressed.

“It’s like Vancouver Island has hit the threshold of notoriety,” Jack said.

One of the first priorities will be gathering more data to measure impacts over time, he added.

Jim Norlock, natural resource officer, said more could be done to enforce the Land Act, which limits camping on Crown land to 14 days: “It’s not a quick fix by any means, but there are tools we can work with to make a difference.”

Some directors distinguished between urban homeless encampments around Port Alberni and illegal camping in the backcountry, which they believe involves a separate set of issues.

“At the end of the day, the biggest problem is people camping here because they have nowhere else to be. That’s the sad reality,” said Mayor Sharie Minions.

Ron Paulson, Port Alberni councillor, said they need a legal opinion on the rights of campers. He said local authorities are “grossly understaffed” to deal with open defiance and unsafe situations.

“I almost get a feeling of the Wild West here with the lawlessness,” Paulson said.

Beaufort director Tanya Shannon said a new agreement announced March 3 could help to alleviate some of the problems associated with locked gates on forest access roads. Mosaic Forest Management, the ACRD and the provincial government have formed a working group to “to prioritize and explore public access opportunities to areas within or adjacent to Mosaic-managed private forest lands in the Alberni-Clayoquot region,” the company announced.

“From our perspective, the challenge is around safety and managing the environment around garbage,” said Colin Koszman, who spoke for Mosaic during the meeting.

“We’re seeing this around the province in fact,” said the Municipal Affairs minister, who promised to stay engaged with the working group.

There are multiple reasons why people camp illegally, some of which may relate to broader issues around homelessness, Osborne noted.

“For some folks, they’re just looking for the outdoors, and for others, they don’t have stable homes to live in,” she said. 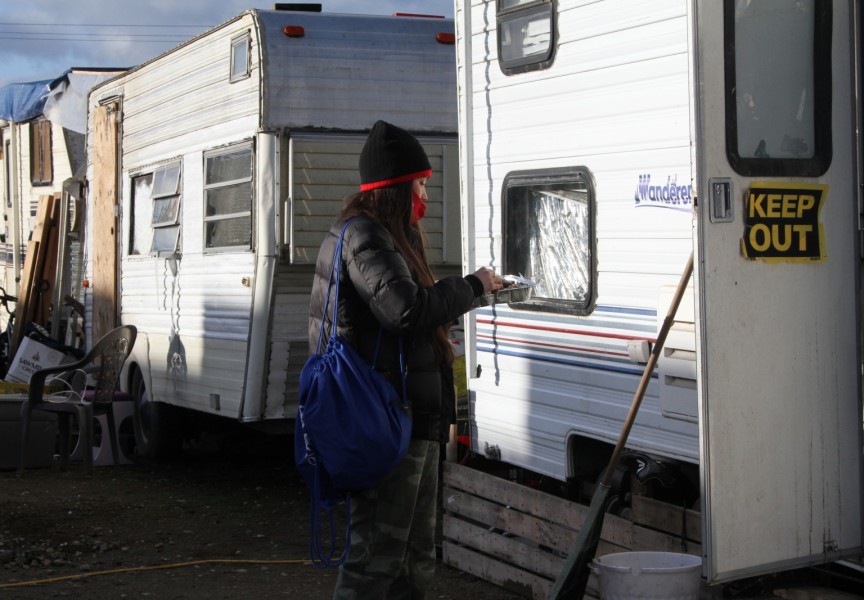 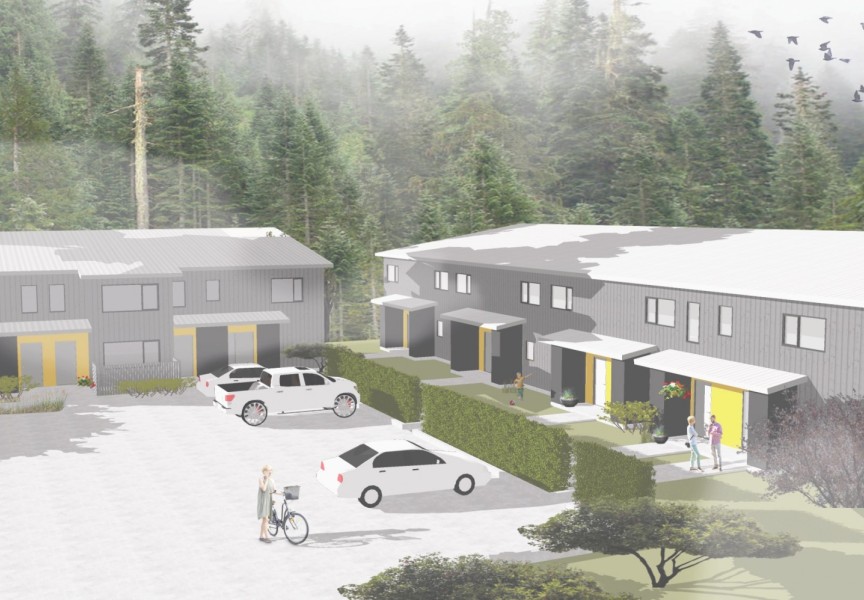 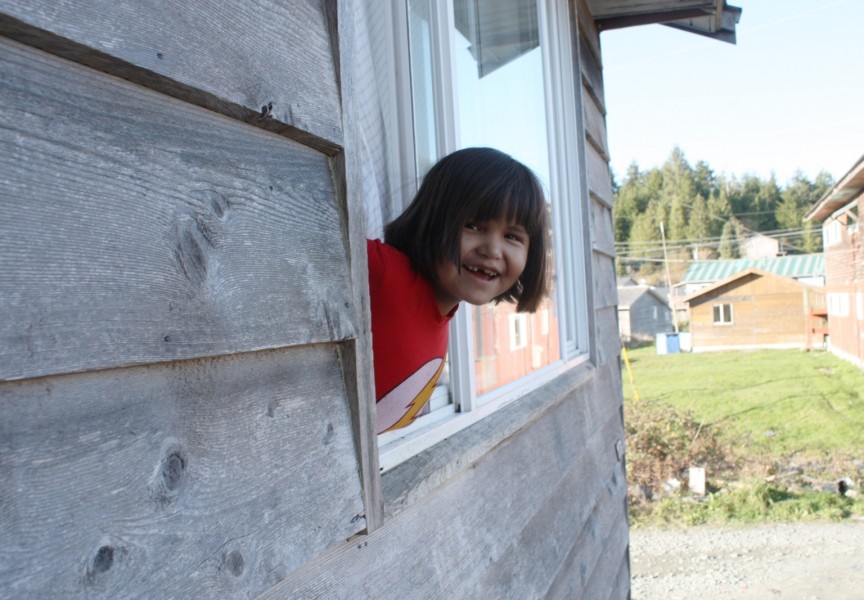 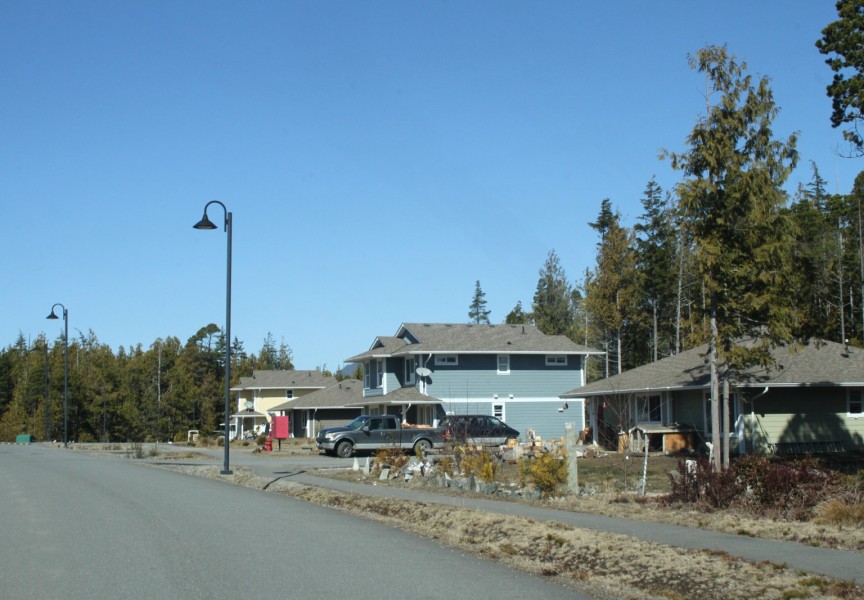 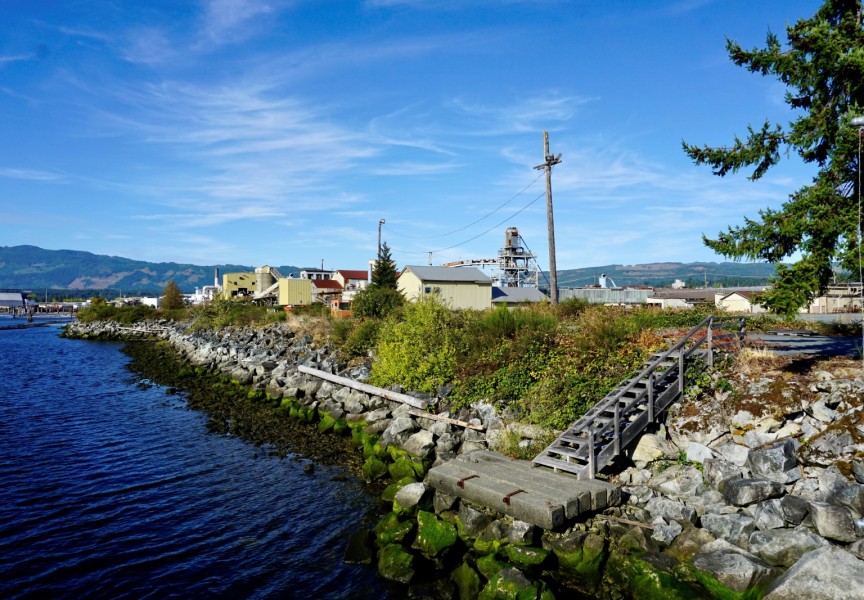